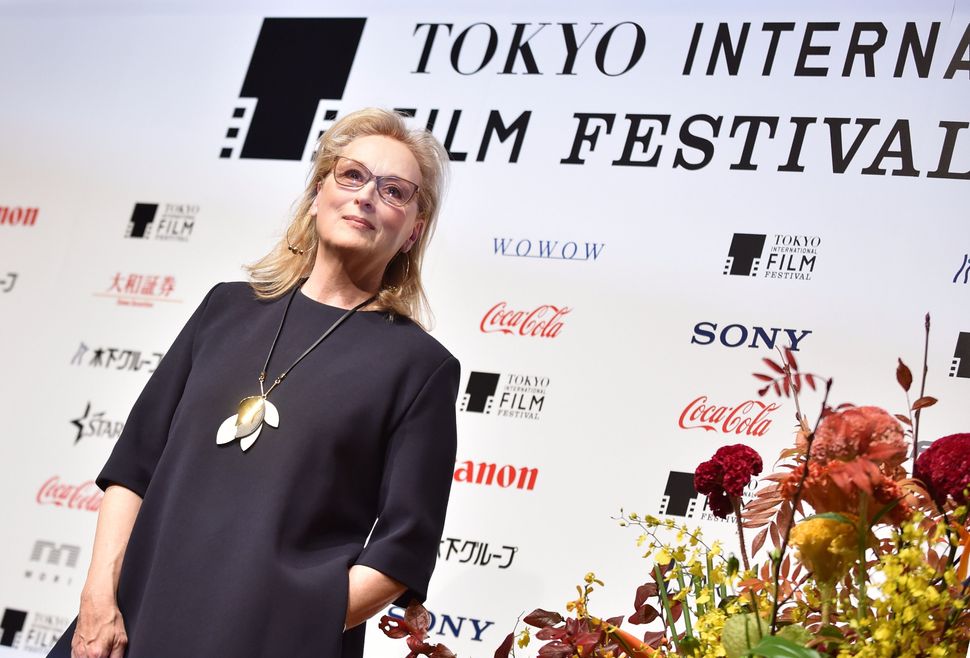 OK, so I did not watch the Golden Globes, but I did find my way to Meryl Streep’s political, discussion-provoking, and controversial speech:

As one would imagine, the president-elect came through on Twitter with an “over-rated” remark about Streep.

What prompted me to watch the speech was a debate underway following Meghan McCain’s Twitter musings about it:

This Meryl Streep speech is why Trump won. And if people in Hollywood don’t start recognizing why and how – you will help him get re-elected

It is — I refuse to hear otherwise — noteworthy whenever someone attributes an event from November 2016 to another from January 2017. But if we look instead at the spirit of what McCain was saying, the point is, I suppose, that liberal, self-satisfied Hollywood elites shouldn’t be conflating themselves with the Democratic party or with opposition to Trump more broadly. We’re in that ‘Lena Dunham caused Trump’ territory, that is, the hypothesis that Clinton lost because she was too associated with smug liberal celebrities, or, rather, that Trump won because he represented a rejection of a certain kind of celebrity culture. Even though he’s a rich, self-satisfied New York celebrity himself. Anyway.

Part of Streep’s speech, the important bit I think, I found incredibly, if not powerful (these teams are fairly set), then unassailable, and that was when she called out Trump for his mockery of a disabled reporter. Discussing Trump’s imitation there as a performance was clever and apt. And it was brave of Streep — yes, big-deal though she is — to speak out so publicly against Trump. Her side lost, but she’s still fighting.

As for the earlier part of the speech, where she used the diverse geographic origins of Hollywood stars as a case for celebrating a diverse society, this I could see… again, not really backfiring, but not straightforwardly helping, either. It’s a problem whenever acceptance and cosmopolitanism are assumed to be elite values. It’s also a problem — ask the Twitter socialists! — whenever institutions that exemplify income inequality raise themselves up as examples of Progress, Justice, or whatever else.

I can understand resenting being told that if you really care about racism, sexism, poverty, etc., you must watch/love/praise a specific Hollywood movie or actor. Which is, yes, an idea that’s out there in cultural criticism, and that was a subtext of Streep’s speech, if not its main takeaway. What I can’t get my head around is the path that takes someone from that kind of resentment to support for Trump.