No, Lena Dunham Did Not Bring About American Fascism 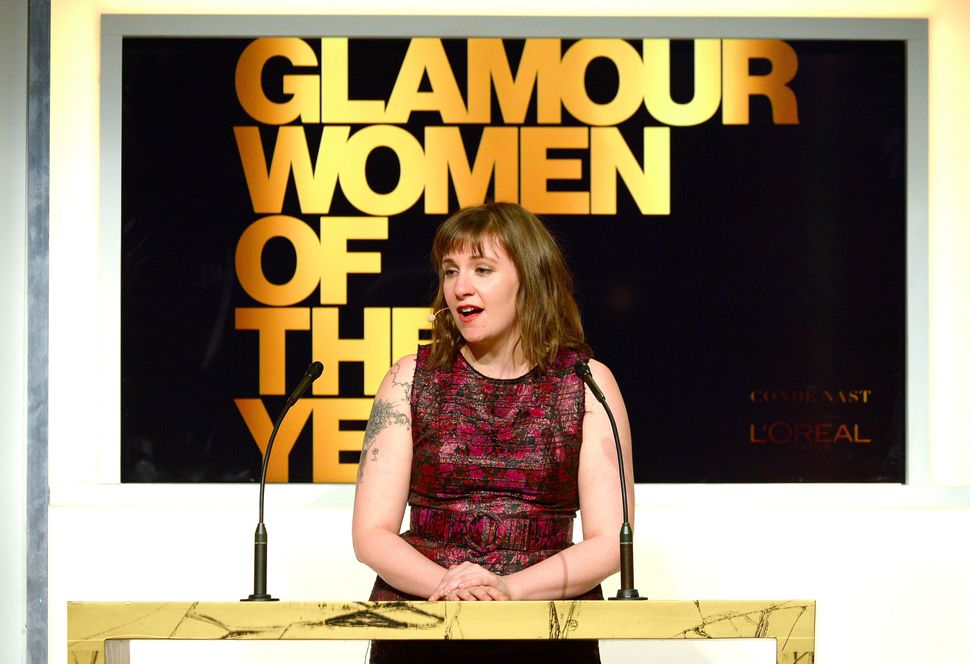 Lena Dunham: like her or not, she didn’t cause fascism. Image by Getty Images

Back in July, when I saw that Lena Dunham was speaking at the Democratic National Convention, I can’t say this struck me as the best idea. A writer and performer known largely for the accusations of nepotism and privileged obliviousness she elicits from across the political spectrum was maybe not the wisest pick for a candidate trying to fend off accusations of the same. Why was Hillary Clinton going with a celebrity surrogate unlikely to resonate with swing voters, and likely to put off members of her own side? There had, by that point, been countless think-pieces on Lena Dunham’s privilege, mostly coming from the left, and mostly aimed at (and, I’d guess, penned by) millennials, the demographic Dunham was supposed to attract.

Which is to say, I sort of get where a take of the moment – that Lena Dunham caused Hillary Clinton’s defeat – is coming from. Sort of but also not really. Did Dunham’s image sway anyone to vote for Clinton who wouldn’t have done so anyway? Maybe not, but I can’t imagine anyone was like, wait a moment, Lena Dunham, oh noes, now I can’t vote for the mainstream Democrat I was planning to! In other words: there’s an enormous difference between a suboptimal celebrity surrogate and a definitive election-losing choice.

Put another way: As tempting as it may be for her detractors to think this, Lena Dunham did not bring about American fascism.

The left may imagine that the right’s issue with Dunham is that she’s out-of-touch. That her privilege is showing. Which may be part of it, but which is hardly the main thing. Dunham’s hated on the right – and she sure is, including by Trump himself – for the same reasons as left-wing women are always hated on the right: She’s an outspoken woman with political ideas they oppose, who has the audacity to believe she’s entitled to a platform despite not resembling a Fox newscaster. Oh, and she’s Jewish – what I think some (not all) of the “privilege” accusations against Dunham, who’s not unusually privileged by celebrity standards, are about.

Why yes, I am feeling pro-Dunham at the moment, and not because I identify with having somewhat-famous parents, art-world connections, or my own television program. I don’t. When I read Dunham’s post-election Lenny Letter, I couldn’t get annoyed at her digression into privilege self-flagellation. I couldn’t feel much apart from gratitude. At a moment when normalization reigns, and when one-time Clintons supporters are dividing between those planning resistance and those soul-searching about how not to commit microaggressions against white Trump supporters, I’m team anyone who gets it:

“A lot of people have been talking about how we need to try to understand how this happened and what’s going on in the minds of the people who voted for Donald Trump. Maybe. Maybe. But maybe let’s leave that to the strategists, to the men in offices who need to run the numbers. It should not be the job of women, of people of color, of queer and trans Americans, to understand who does not consider them human and why, just as it’s not the job of the abused to understand their abuser.”

So fine, maybe Clinton didn’t need Dunham. But Dunham and anyone else expressing that view is desperately needed now.

No, Lena Dunham Did Not Bring About American Fascism