In Defense of Expressing (Career) Jealousy 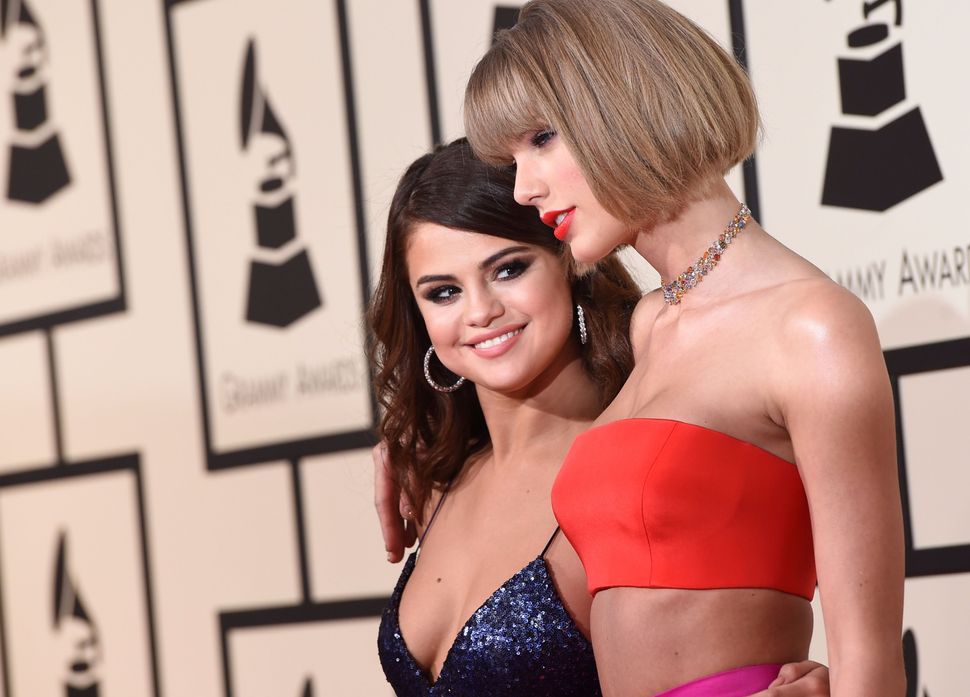 In a Buzzfeed excerpt of the new anthology Scratch, about the financial side of writing, Emily Gould describes the pressure on women writers (in the NYC publishing world) to be likable. As someone on the periphery of the world Gould describes, I found the essay both fascinating and a bit terrifying. It had never occurred to me that an author would be expected to bake cookies for her readers, although I’m not surprised – I’ve heard the same rumor floating around about how (women) college instructors are meant to bring cupcakes to class on the day student evaluation forms are distributed.

Anyway, I did what I nearly always do when writing a Sisterhood post and Googled to see if Gould was Jewish. After confirmation of this fact of Sisterhood-specific relevance, though, I got sidetracked, falling into one of those Wikipedia-instigated sinkholes of celebrity gossip. It would seem that back in 2014, Gould told at least one interviewer an anecdote about running into Lena Dunham at a party and then falling into a puddle of jealous self-loathing.

Not that Dunham had actually done anything to Gould – Gould made it clear to her interviewer that her anecdote related to her own anxieties, not to Dunham “rubbing her success in her face.” As Gould herself had written earlier, Dunham had in a sense displaced her as the face of the young, hip, New York confessional writer, and – and here’s the crucial bit – was very famously earning a lot from her work, at a time when Gould (who had herself once earned an enviably large book advance) was broke. If anything would evoke a tremendous_ why not meeeee_ in anyone, it would be exactly that situation. It’s just that few would be as open about it.

Nevertheless – and with the enormous caveat that there might well be more to the story than someone Googling it in 2017, and who knows neither woman personally, could know – Dunham was reportedly put off by Gould’s jealousy, telling Gould that she’d been planning to support her (Gould’s) new book but now, nope. Which I can also see, but which is (again, with the caveat) sort of unfortunate.

Let us now set aside these two real people and this beef I learned about on Wikipedia, and speak instead of the more general question of professional jealousy. It’s a thing! But a taboo one, particularly among women.

I would like to see that change. I think it ought to be socially acceptable, and not to read as insulting, for one woman to say about another, ‘I am jealous of her success.’

But first, a word on the understandable reasons why it’s not, as it stands, socially acceptable to express that sentiment. In 2013, on the Cut, writer Ann Friedman promoted something called “shine theory,” as a pushback against a zero-sum kind of female competitiveness. Rather than being (cattily) jealous of another woman, why not befriend her? Why not promote her work instead of denigrating it? Why not – to use a term that may not have yet come into popularity in 2013 – form a squad?

Thanks in part to Friedman and maybe also to Taylor Swift, a “shine theory” understanding of how successful, ambitious women ought to react to one another has taken hold. Jealousy is too negative and maybe even anti-feminist. (There’s that underlying societal misconception that women only ever compete over men, or over attractiveness to the opposite sex.) Admitting to it is also a kind of self-sabotage. If you say that you’re jealous of X’s professional success, that’s a public assertion that X’s career is going better than yours.

So I get it. I get why jealousy, especially intra-woman professional jealousy, has a bad reputation. But I fear that the pushback overshoots the mark.

The jealousy I think should be asserted isn’t about Boys. Nor is it about wishing anyone else ill, or claiming that others’ success wasn’t earned. On the contrary! It’s about being honest about why another person’s success bothers you. Sometimes, yes, it will be because you don’t think it was merited. But what if it really is just that you wish you were as successful? What if you don’t want her out of the limelight, but want yourself in it as well? What if jealousy is part of how your ambition manifests itself?

A big advantage to the overt jealousy declaration, if done right, is that it would wind up being less insulting than the covert variety. Rather than declaring the person you’re jealous of, who you know full well was not born into their success, “privilege[d],” why not just leave it at jealousy? Why not put front and center that the issue is that you envy their success?

My point is not, to be clear, that claims of systemic inequality can be blanket dismissed as jealousy. They cannot. It’s that it would be tremendously helpful to have separate piles, as it were, for critiques of how systemic disadvantage keeps many from being as successful as they otherwise might, which is a real and important conversation, and for the thing where one privileged-enough person is jealous of another, if anything precisely because the two have comparable demographics.*

What we have now, however, are a whole bunch of jealousy complaints dressed up as social justice complaints, intermingling with (and, I dare say, doing damage to) actual social justice complaints. And this has feminist consequences: With ‘I am jealous’ taboo, what we wind up with intricate explanations – some fair, others more of a stretch – of why each successful woman (but, weirdly, not each successful man) benefitted from unearned advantage, or is otherwise too problematic. (See Caroline O’Donoghue’s funny piece on The Pool: “Meet the women you’ll be told to hate in 2017.”)

And if you’re the recipient of an ‘I am jealous’, then what? As it stands, a recipient is likely to be offended by a jealousy assertion, but to take very seriously any claim (fair or not; fully articulated or not) that her success was unearned. And it’s there that we may get stuck. Would anyone ever take well to an ‘I am jealous’? Would it ever not read as an insult, that is, as a claim that the success was unearned?

*Women are of course career-jealous of men as well, and vice versa, and men of one another’s professional accomplishments. But when a woman envies a man’s career, there’s inevitably the subtext of, maybe sexism _does_ explain the disparity.

In Defense of Expressing (Career) Jealousy