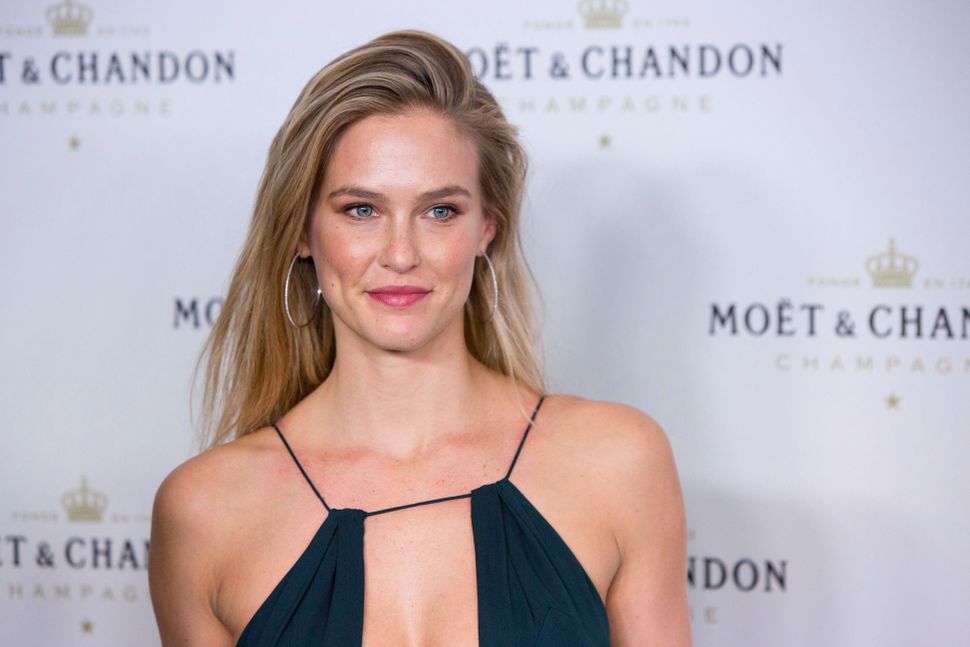 Jewish girls, not all of whom resemble Bar Refaeli, face unrealistic expectations. Image by Getty Images

Riki Wilchins has written a fascinating article about her recent work addressing sexism and self-image as they impact Jewish girls. This focus, she explains, took some prompting, even though she herself is Jewish and familiar with these concerns. As she explains in the piece, she hadn’t spontaneously thought of Jewish girls as a group in need of special attention:

“[A]s Executive Director of TrueChild – an action-tank that helps foundations, schools, and public agencies address gender norms – I am usually asked to address ‘at-risk’ populations. I simply had never been asked before about Jewish women and girls.”

The project sounds both necessary and exciting. Finally, an intersectional exploration of Jewish female adolescence! And from the materials I’ve seen, it’s a much-needed step in the right direction.

Wilchins describes specific pressures that face Jewish girls within the Jewish community: perfectionism demands, and, in certain parts of the community, a patriarchal leadership. All of this is important. Jewish girls do live within broader society and within Jewish communities (or families), so all of that makes sense. But neither the article nor the other materials directly addresses the role of gendered anti-Semitism in impacting Jewish girls’ self-image.

As much as I’d like to think this omission is not an omission — and that an issue I faced growing up has simply, blissfully, vanished — I suppose I have my doubts, particularly in light of the recent wave of right-wing American anti-Semitism.

The longer explanation of the project addresses the racism angle, or some of it, at any rate, in careful wording that hints at the existence of a Jewish look among white-looking Jews, without outright stating that one exists:

“[P]op culture femininity often promotes ideals of tall, lean, athletic white bodies with small features, blue eyes, and long, straight blond hair. Such ideals are unrealistic and unachievable for many if not most girls. They can be especially challenging for the many Jewish girls whose body types and features don’t conform to these ideals. This includes those with shorter, full figures, larger and more expressive features, dark eyes, and dark wavy hair, as well as others whose ethnic or genetic heritage may predispose them to diverge from media ideals.”

My own take on the matter — as a Jewish woman with most of those traits – is that it’s important to acknowledge that pale-skinned Jewish girls face discrimination not just for often failing to meet white beauty standards, but also for looking Jewish. And it’s not about features themselves, really. Plenty of other white girls — Italian-American, heck, English-American — share that list of features. (Most white girls are not Swedish swimsuit models.) But the moment features are coded as ‘Jewish’, something shifts. This is a kind of racism, and not merely a question of anti-brunette discrimination. (No, ‘Jewish’ is not ‘a race’, but yes, there’s a Jewish parallel to misogynoir.)

This isn’t even getting into the unpleasant, often unspoken question of gendered anti-Semitism within the Jewish community. Indeed, it’s a mistake to speak of ‘communities’ as if there’s a given that everyone stays put, or, conversely, that there’s gender-neutrality in who leaves. American Jewish women — like African-American women, like Asian-American men — get negative cultural messages about our romantic prospects even within our own communities. The ambient cultural message has long been that while Jewish women (and a good many non-Jewish women) prefer to date Jewish men, Jewish men only date Jewish women under duress, or if these Jewish women don’t look or seem identifiably Jewish. I would imagine that these clichés impact girls’ self-image long before they enter the dating world. Then again, I’m 33 — maybe times have changed?

On paper, then, Jewish girls’ self-image concerns can sound interchangeable with, say, those of Mormon girls. The question I’m left with is how, if at all, a group like TrueChild should address the anti-Semitism angle. Might bringing it up with Jewish girls create an insecurity where none existed? It might. But I think it’s important that organizations addressing this topic create a space where girls themselves can speak openly about these concerns, should they have them.