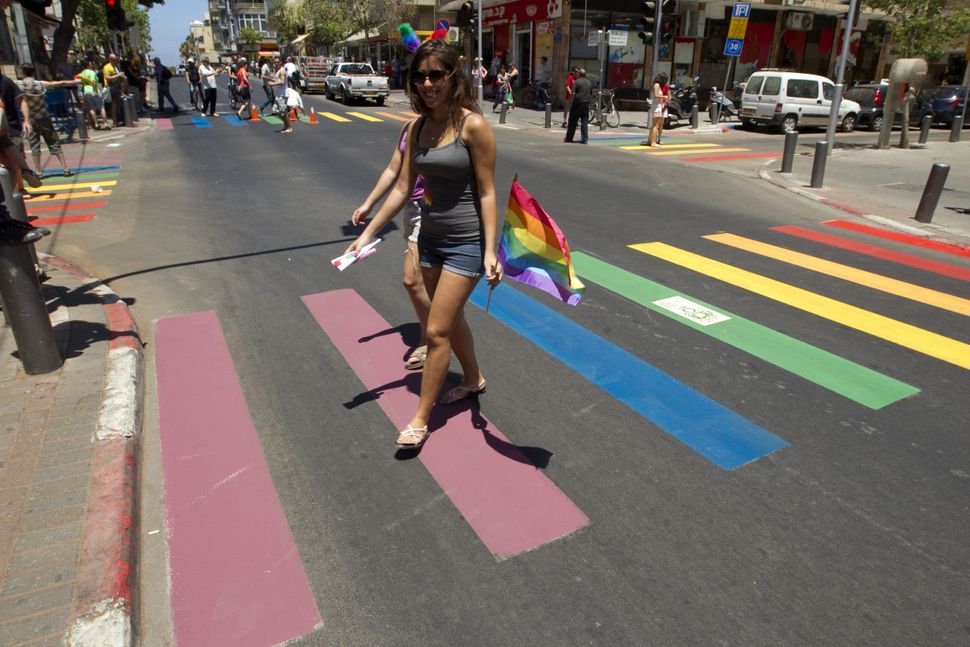 In the infinite race to inform Americans of “why Trump won,” commentators have started to home in on a bit of academic theory that was, until recently, obscure: “intersectionality.” It is “political poison,” Damon Linker said. It will cause the Women’s March on Washington to “eat itself from within,” offers Heather Wilhelm in The National Review (which no doubt has only the best interests of liberal protesters at heart). Shira Wolosky blames the idea for the BDS movement. And for some Jewish writers, these recent fulminations are behind-trend: David Bernstein and James Kirchick were complaining about intersectionality months ago.

There’s just one problem: None of these writers has the foggiest idea what intersectionality is.

Coined by law professor Kimberlé Williams Crenshaw, intersectionality is a theory about acknowledging that people hold multiple identities at once — we are (say) white and female and Jewish and bisexual — and looking to see how those identities interact with one another.

Many people’s first instinct, when hearing the term, is to assume that it refers to the formation of alliances among marginalized groups. As in, because Jews can also be women, who can also be queer (and so on), intersectionality demands that Jewish groups support feminism and gay rights (and feminist groups oppose antisemitism and homophobia, etc.). This is why Julian Sanchez referred to intersectionality as “basically just logrolling with a coat of theory paint.”

But while there’s nothing intrinsically wrong with logrolling, intersectionality’s basic insight is different. Crenshaw’s core observation was that “black woman” =/= “black” + “woman,” because “black” is typically defined in terms of the experience of black men, and “woman” in terms of White women. Consequently, simply ladling opposition to racism (as understood by black men) on top of opposition to sexism (as understood by white women) would not necessarily capture the unique discrimination faced by black women. Being a woman is different if you’re black; being black is different if you’re a woman. The black female experience is more than what you get from putting “black” and “woman” together; intersectionality seeks to ensure that what’s distinctive and differentiated about that experience is not overlooked.

In short, intersectionality is about paying careful attention to the full range of different identity combinations and the distinct experiences and perspectives that they yield. Many popular commentators, however, assert that intersectionality is about something else entirely: “ranking” people on the basis of how oppressed they are. The purpose of intersectionality, they claim, is to place straight white men at the top and Linker’s “hypothetical disabled black lesbian” at the bottom (Linker goes so far as to say it doesn’t matter whether the man in question is a wealthy Harvard graduate or a struggling Kentucky coal miner, but this wouldn’t be right even in the caricatured version. Class is very much part of the identity cocktail that intersectional theorists explore).

To be sure, it seems likely that a poor disabled queer black transwoman does have it harder than a straight rich White woman (does anyone seriously contest this?). But such a ranking is not the concern of intersectionality. The reason it is important to take heed of the particular perspective of black women isn’t because they “have it worse” (though they might), it is because not doing so risks obscuring particular challenges they face that might otherwise remain hidden.

Indeed, while intersectionality is often dismissed as a high-handed academic impracticality, its roots lie in a very grounded critique of antidiscrimination law. Imagine a Jewish woman who contends she is being discriminated against by her employer. The employer seems to view Jewish women with hostility: he thinks of them as shrill, unladylike, and obnoxious. He has no similar problem with gentile women (whom he considers pleasant and sweet), and he likewise has no quarrel with the Jewish men in his office (he deems them smart and hardworking). What remedy does this Jewish woman have? If she claims sex discrimination, the employer can refute it by reference to his treatment of gentile women—clearly, he has no problem with women qua women. And if she argues religious discrimination, the employer’s positive treatment of Jewish men too serves as a rebuttal. Even in a case where robust protections existed against antisemitism and sexism, she may be out of luck.

If there is a valid Jewish critique to be had, it’s not of too much intersectionality but too little. Jews have long complained of their relative exclusion from theorizing about multiculturalism and discrimination, and unfortunately intersectional theorists have frequently not considered the Jewish case. Recently, some thinkers have sought to change that: Political theorist Marla Brettschneider just published a volume on Jewish Feminism and Intersectionality, and last year I (along with Analucia Lopezrevoredo) argued that an intersectional approach could draw greater attention to the presence and particular struggles of the Mizrahi Jewish community. It is fair to describe these as exceptions. Yet that just means intersectionality is an untapped resource for those activists who have demanded real, not pro forma, acknowledgement of antisemitism as part and parcel of a broader struggle against injustice. Intersectionality is not why Jews have been excluded, intersectionality lays the foundation for challenging that exclusion.

What is evident is that much of the popular discourse about intersectionality bears little in common with what intersectionality actually means. To be fair, not all of the activists deploying the term have been precise in their usage either. But still, taking an academic concept, mutilating it beyond recognition, and then gaping at the resulting monstrosity is a time-honored practice amongst our nation’s lazier columnists. Intersectionality is hardly the poison or balkanizing terror it’s made out to be. To the contrary, it has much to offer Jews of all backgrounds as we seek to ensure that our discrete and distinct problems are heard.

David Schraub is a lecturer in law at the University of California, Berkeley. He blogs at The Debate Link, and can be followed on Twitter, @schraubd