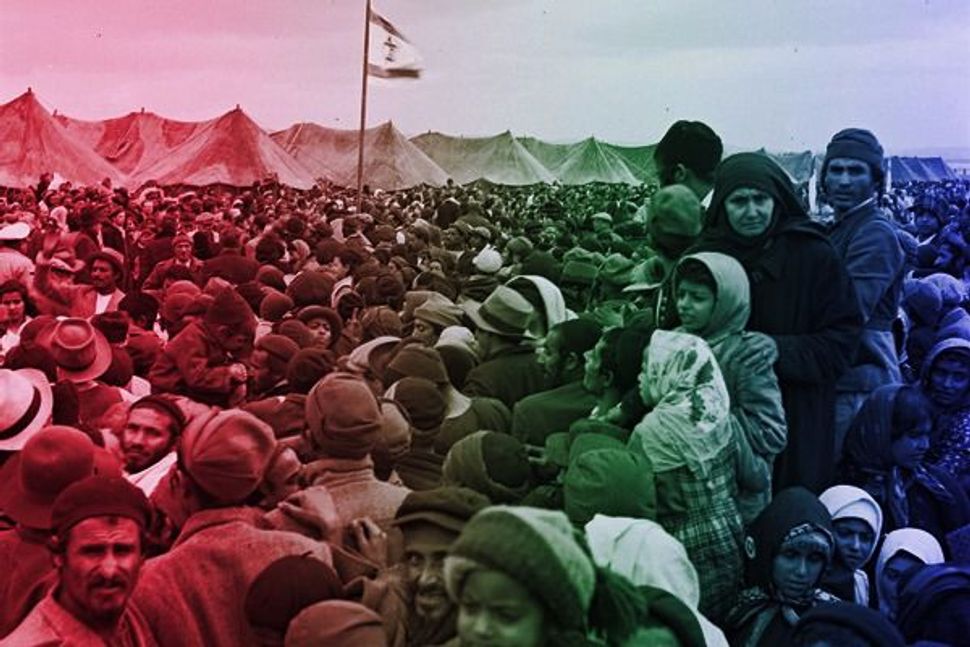 If you’ve been tuned in to the Israel-Palestine conversation over the past few months, you’ve probably heard the word The idea that different forms of oppression are linked — so that standing up for victims of sexism and homophobia should also mean that we stand up for, say, victims of Israeli state violence — has touched off a frenzy in the Jewish media.

But whether you listen to those supporting or to those opposing the idea that Jews must stand in solidarity with Palestinians because our liberation is intrinsically tied to theirs, you’ll find that almost everyone is talking about this idea as if it’s a new development.

Which is strange, because it’s not. And it’s only because of Jews’ fixation on a mainstream Ashkenazi-centric history that we’ve managed to forget how far back this idea goes among Mizrahim, Jews from Arab lands.

They weren’t using the term “intersectionality” back then, of course — that was coined by black feminist scholar Kimberlé Crenshaw in 1989. But Mizrahim were developing a robust intersectional politics and culture way back in the early 1950s, soon after the State of Israel was created. As they struggled in ma’abarot, transit camps, many Mizrahi intellectuals and artists saw their fate as inextricably bound up with the fate of the indigenous Arabs, with whom they shared not only cultural markers like the Arabic language, but also the experience of severe discrimination at the hands of the Israeli government.

Their publications reflected this proto-intersectional view. In 1953, Arabic-speaking intellectuals created Al Jadid, a magazine featuring poetry and fiction written by Mizrahi Jews like Sasson Somekh and by Arabs like Tawfiq Ziad. The editors said they wanted to shine a light on anti-Mizrahi and anti-Arab discrimination “out of the spirit of [establishing] Arab-Jewish solidarity,” according to Bryan K. Roby’s 2015 book “The Mizrahi Era of Rebellion.”

While Mizrahim like Gideon Giladi emphasized that Israel was cheating both Jewish ma’abara residents and Bedouin in the Negev out of decent medical treatment — “The health care of 15,000 Bedouin,” he protested, “is imposed on just one doctor!” — others focused on what the two abused populations could achieve by banding together. Iraqi-born Latif Dori, who liked to speak of “the two brotherly peoples” standing “hand in hand in front of the nationalist waves,” argued that Mizrahi and Arab teens should form a joint socialist youth movement to cement “a bridge of understanding between [the Jewish] and Arab peoples.” 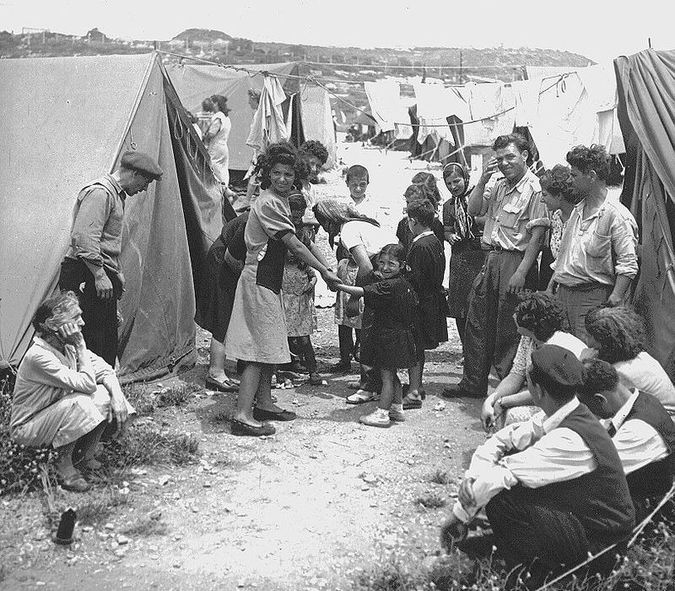 Ma'abara Life: Jewish immigrants in a transit camp in 1950. Image by Wikipedia

Other Mizrahim analyzed the ideological roots of the problem, which they located in Zionism itself. They argued that Zionism emerged out of 19th-century European nationalist thinking, featuring colonialism and Orientalism galore — and so of course it cast Western Ashkenazim as civilized, and Eastern Arabs (both Jewish and non-Jewish) as uncivilized. If Israel could shed these assumptions, seeing itself as a Middle Eastern country and not as a European outpost, that would radically improve its attitude toward its Mizrahi and Arab citizens and its relationship with surrounding Arab countries.

“Ultimately,” intellectual Eliyahu Eliachar wrote, “the Oriental [Mizrahi] problem is closely bound up with the Arab problem: for it is only when Israel is able to acknowledge to itself that it is, among other things, an Oriental country, that Israelis will be able to prepare themselves for a constructive encounter with the Arabs.”

Mizrahi-Arab solidarity wasn’t just an intellectual argument: It translated into joint street protests, which the Israel Police cracked down on by using heavy force. Trying to prevent interaction between the groups, one officer told a Bedouin who had been speaking to Mizrahim in Beersheba, “For you it is permitted to visit the city, but it is not right for you to talk to the population.”

In what Roby describes as “the government’s divide-and-conquer efforts to plant the seeds of mutual hatred between Palestinian and Mizrahi citizens,” some political parties also got certain ma’abara residents to spread rumors about the Arabs. One myth told of a young Jewish man who got seduced by an Arab woman and followed her to a secluded house, only to find himself in a room filled with Jewish corpses and a gang of murderous Arabs armed with knives.

When you consider that the Israeli leadership suppressing Mizrahi resistance was the same Ashkenazi elite that gave rise to today’s left-wing parties, it should come as no surprise that most Mizrahim now scorn the left. Mizrahim have their own agency and their own diverse reasons for aligning themselves with the right, but one major reason is this: After being taught for decades that to be a good Jew requires shedding any aspect of Arabness, Mizrahim have excised that part of their identity and adopted virulent anti-Arabism as a way of securing their place in Israeli society. Another reason: The right-wing parties are the ones that have offered them concrete benefits and upward mobility.

Starting in the 1990s, groups like the Mizrahi Democratic Rainbow tried to remind Mizrahim of the bygone era when they marched together with Arabs — when they were Arabs — but met with limited success. Anthropologist Smadar Lavie, who was active with the MDR, told me the group now has little public support. With the Mizrahi intelligentsia keeping quiet on the Palestinian issue for fear of losing their funding and right-wing constituencies, the intersectional model is “romantic, but not viable” in contemporary Israel, Lavie said. “Nothing moves in the intersection — it’s become a traffic jam.”

But what about the Mizrahi cultural renaissance we’ve been witnessing these past few years? What about iconoclastic young poets like Roy Hasan and Adi Keissar, and bands like A-Wa and Bint El Funk, putting their Arabness front and center? They’re popular and cool and great at raising consciousness, but it’s hard to tell how much they’ll be able to move the needle on Mizrahi mainstream politics. Some, like Lavie, warn that a cultural renaissance doesn’t necessarily spell political change; in fact, it can distract from the political, reviving Mizrahi nostalgia while preserving Mizrahi silence on Palestine.

I don’t want us to be silent. As the granddaughter of Iraqi, Indian and Moroccan Jews, I’m proud of the progressive legacy of Mizrahi-Palestinian intersectionality. Even though the current political logjam might make that model unviable, it’s a model I want to preserve. Maybe, one day, my generation can revive it again.

But there’s no way to revive something if you can’t even remember it — if even the Jewish media in the diaspora acts as though it never existed. So let’s remind each other that intersectionality isn’t some new, foreign implant into the Israeli-Palestinian conversation. It’s only new if when you say “Israeli,” you really just mean “mainstream, elite Ashkenazi.”