Educate and Encourage Newbie Activists. Don’t Shame Them for Tardiness. 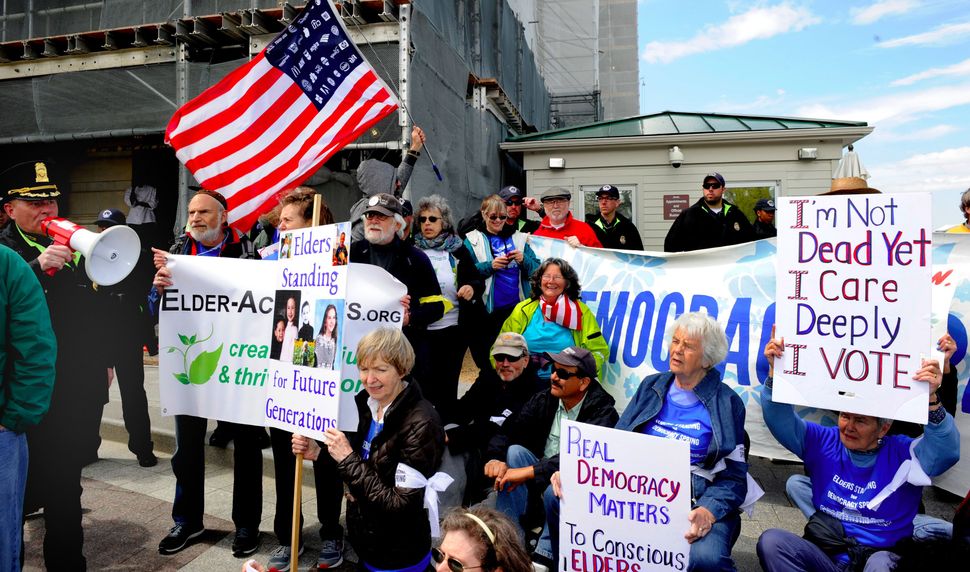 Keep protesting open to all. Image by Getty Images

There’s a message I’ve seen floating around, and it goes like this: If you weren’t already aware of all the myriad injustices in American life, if you weren’t already outraged, and you’ve only thought to care now, what with Trump’s election, you should be ashamed. In one very abstract sense, sure — if it took Trump’s election for you to realize that racism and sexism exist, then yeah, you get an oblivious mark on your permanent record. And I kind of get, if you’ve been dedicated to a cause for a good long time, a visceral desire to roll your eyes at interlopers, especially those who seem as if they’re joining on a whim, because it’s trendy. Kind of. But I also think… it’s enough.

A lack of prior (or recent) political engagement does not, I repeat, does not indicate that someone was simply too privileged to have noticed life’s unfairnesses. It can mean the opposite! It can mean someone was too busy struggling to stay on top of the news, or in a position where they’d have been severely penalized for publicly connecting their struggles with broader ones. Or it can be neither here nor there in terms of privilege. Political awakenings happen when they happen. And they certainly can be spurred by a personal sense that you suddenly have something to lose, but not always. What’s to be gained, though, by digging through the Facebook postings of a friend who objects to a wall with Mexico and a ban on Muslims and demonstrating, with a great aha, that prior to three weeks ago, this friend only shared photos of his cat? The newly-enlightened don’t need medals or ‘cookies’ or whatever, but… isn’t now better than never?

Now is not the time to mock newbie protestors, or older but first-time activists, or activists who don’t look the part (that is, who seem stodgy and bourgeois, or otherwise not like 19-year-olds up on the best local thrift stores.) Yes, a protest march — or protest movement — can and should have some ideological bounds, and not just be a feel-good free-for-all. (Reasonable people disagree over whether pro-life feminism is a phenomenon or an oxymoron. But if your feminist cause is being proud of Ivanka Trump’s business acumen, maybe the March on Washington isn’t the feminist gesture for you.) But it shouldn’t be restricted to those who familiar with specific jargon or literature, let alone to those who had voiced awareness of whichever specific issues by whichever date. You don’t have to register as Someone Who Cares by sophomore year of high school in order to qualify to care at 20, 80…

It’s the time for those more in the know to educate. Not, perhaps, in the sense of dropping everything to hold a Proverbial White Lady’s hands and explain that black people, Muslims, and Jews are human beings, too, but in a practical sense, which is also, thankfully, very much out there.

Educate and Encourage Newbie Activists. Don’t Shame Them for Tardiness.