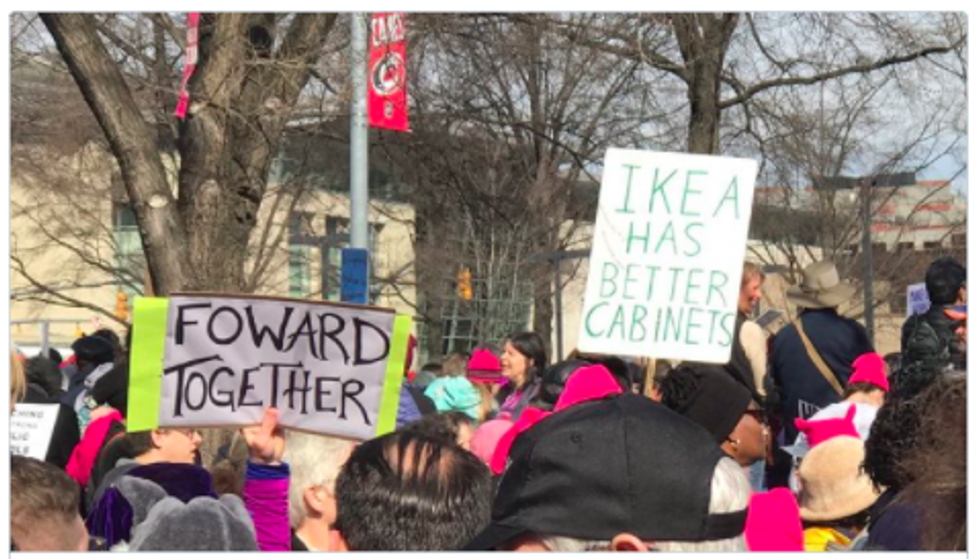 The Ikea protest slogan, a reminder that some of those Malms were recalled? Image by Screenshot/Twitter

Ikea, the Swedish affordable-furniture giant (and noted relationship stressor) has managed to offend, this time in Israel. Michele Chabin reports that along with its regular Hebrew-language catalog, the store created a special men-and-boys-only version with an ultra-Orthodox audience in mind.

As opposed as I generally am to rules against images of women and girls, part of me wonders whether we should go with it, in this one case. Ikea’s being marketed as dude-only? A guy thing? Fantastic! Start the women’s strike early and let them go to the store on their own, winding their way through Kiviks and Malms, and deal with the whole shebang — getting the planks home, assembling them into something resembling furniture, and, when the lease is up, selling them on Craigslist to the clever souls wise enough to purchase preassembled Ikea in their neighborhoods.

Let the men have Ikea. It’s all theirs. Let the men cook with the Ikea cookware, and do laundry using those trusty, if rickety, Ikea laundry hampers.