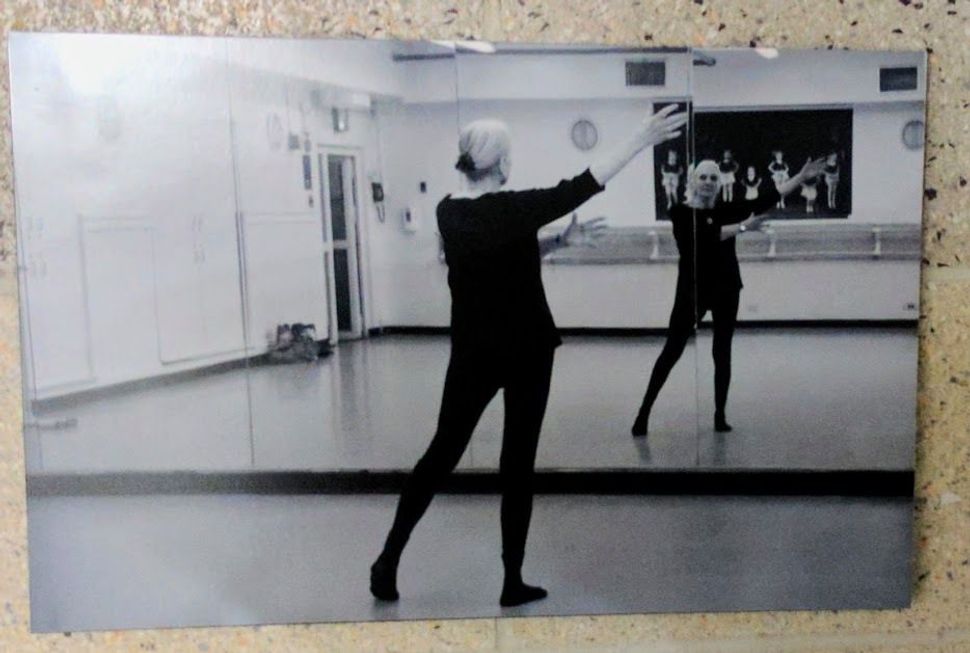 Image by Courtesy of Aviva Braun

What do you get when you cross a feminist Jewish psychotherapist who works with women affected by body-image issues and a photographer?

A photographic exhibition exploring the complex relationship Jewish women have with their bodies, of course. “The emBODYment of Jewish Femininity” exhibition debuted at the JOFA Conference which took place in New York City in January 2017. And the psychotherapist and photographer in question are, in fact, the same person! Aviva Braun, whose work I wrote about for the Sisterhood in 2011, has been working as a therapist for some time, but photography is a more recent sideline for her.

Braun’s exhibition focuses on a wide range of Jewish women. From age 2 to 82, the subjects photographed have had very different experiences with their bodies, from a teenager affected by cancer to an octogenarian who practices Qi Gong. 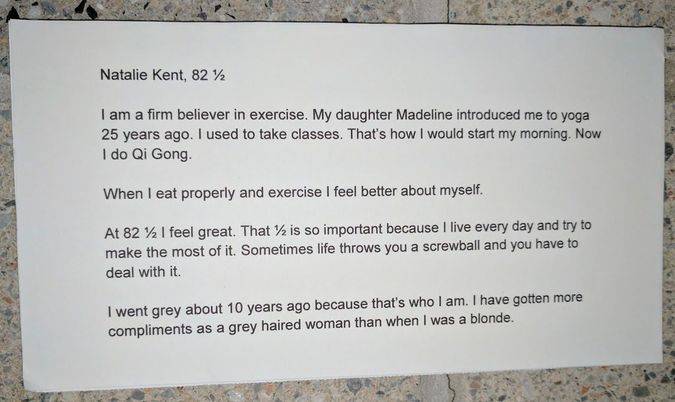 Image by Courtesy of Aviva Braun

Women are pictured in settings that express some aspect of who they are and how they relate to their bodies; we see a mother and her toddler daughter side-by-side in a yoga pose, a breast cancer survivor standing proudly but with her face turned away from the camera, and the muscled arm of a middle-aged boxing aficionado. Alongside each image, Braun has included written narratives from the subjects discussing their relationship with their bodies and their identities.

Braun, based in the Bronx, New York, spoke to me about the exhibit:

How did the project come about?

It’s a personal project. I met with a fellow, older and more seasoned photographer who told me to take on something of interest. It was a wonderful way for me to combine my two lines of work, psychotherapy with women who have eating disorders and photography.

How did you select women to photograph?

I put it up on Facebook and got 25 responses from there alone. Many of the women lived nearby and I selected them because I thought they would be great to photograph, felt a strong connection to their bodies, and had compelling stories.

What was it specifically about JEWISH women and their bodies that you were looking to explore?

It was the connection/disconnection Jewish women have to their bodies. Almost every Jewish female I am friends with has something to say about her body and I wanted a space for them to vent. I think a lot of Jewish women – particularly Orthodox – are disconnected and deny their needs for food in particular and I was hoping that women would share whether or not they felt this way.

How did your work as a therapist inform this project?

My knowledge and work with eating disorders helped me in the development of the narratives. I had the amount of empathy necessary to help women really find their inner voices and be able to share very deep and at times intimate things.

What common thread, if any, links all your subjects in this exhibit?

I think the common thread is that all the women were feeling like they own and live fully in their bodies. Just about every woman had some form of struggle that they overcame and are feeling stronger now in their bodies. Also they all voiced a strong feeling of wanting to really take care of their bodies.

How was the exhibition received at the JOFA conference?

People LOVED the exhibit. Some left messages in my book saying that I am doing a really amazing thing with this project and how important it is. Others said that it helped them understand their own struggles. Overall people were really moved (especially by the two photographs that focused on remission from cancer).

What are your plans going forward?

My plans are to reach out to my local Y as well as other Ys, JCC of Manhattan and possibly museums in the future. I also would be happy to show at synagogues until I get a more permanent exhibition.

Rebecca Schischa is a freelance journalist based in London.