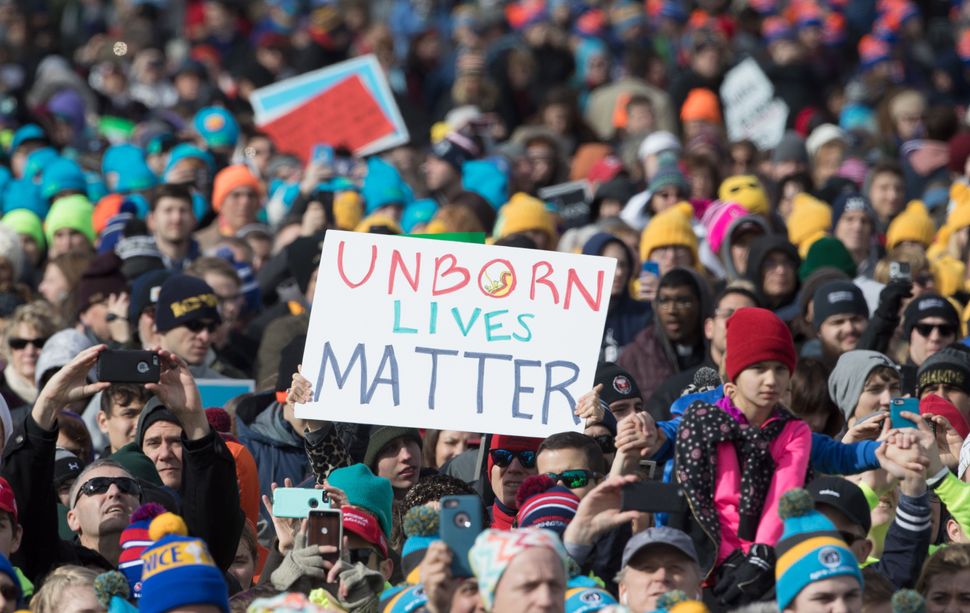 In Slate, Ruth Graham explores the surprisingly extensive history of pro-life rhetoric comparing abortion to the Holocaust. She traces the phenomenon to an analogy made by Pope Pius XII in 1951, a time when the specifics of Nazi ideology were still fresh in people’s minds:

Catholics dominated the pre-Roe anti-abortion movement, and they saw an obvious connection between the budding push for wider access to abortion and recent atrocities in Hitler’s Europe. They feared a slippery slope between abortion and eugenics, euthanasia, infanticide, and genocide — all, they argued, practices rooted in a disregard for the essential value of human life.

Graham goes on to explain how the rhetoric has evolved: “Today, Nazi comparisons remain commonplace within the pro-life movement, but the angle has shifted. Catholic theologians no longer dominate the anti-abortion conversation, and contemporary activists are just as likely to emphasize the sheer numbers of the dead as the moral calculus of the ‘killers.’”

Graham writes that the aim of the comparison these days often appears to be “riling up true believers and making their enemies angry, rather than persuading with a morally serious argument.” Intent is always tough to gauge, but I think the (newer) rhetoric, inspired, so to speak, by Black Lives Matter, supports Graham’s hypothesis.

However earnestly intended, analogies to racist violence against the very much born are, I believe, best avoided.

Phoebe Maltz Bovy edits the Sisterhood, and can be reached at bovy@forward.com. She is the author of The Perils of “Privilege”, from St. Martin’s Press.