‘The Great British Baking Show’ Has A Jewish Twist 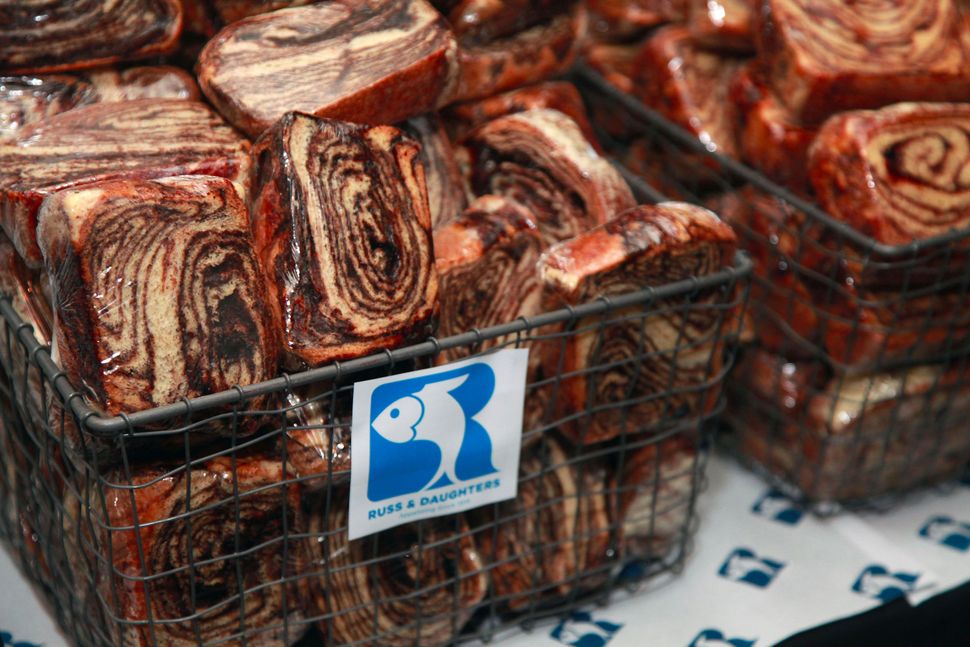 Having made my way through the Netflix supply of British murder mysteries, I decided to move on to a different form of British TV escapism: Cake! I’ve been watching “The Great British Baking Show,” otherwise known as “The Great British Bake Off,” and it’s as great as I’d heard. Which is to say, pretty fabulous. It’s reality TV, but the kinder, gentler variety where everyone hugs at the end of every episode.

My first hint that there was a Secret Jewish Angle to the show came when Kate, a contestant from the first-available season on US Netflix, made a babka for the European cake assignment. As the (British) Jewish Chronicle documented at the time, this choice led to a discussion between contestants about whether Israeli cakes are European. A low-key, apolitical discussion, I might add. (That babka’s roots are European didn’t, as I recall, come up.)

But that’s nothing! The show’s bigger Jewish story is that (then-) presenter Sue Perkins — who is hilarious by the way — comes from a part-Jewish family. Wrote Rosa Doherty, also in the Jewish Chronicle:

In [her] memoir, Spectacles, she reveals that her grandmother was so scarred by her experience of antisemitism in Britain that she denied her Judaism.

But, as Ms Perkins told The Sunday Times, her grandmother would slip into Yiddish when drunk on Harveys Bristol Cream sherry – “which probably gave the game away”

I’m far too American to begin to guess what something called “Harveys Bristol Cream sherry” would look or taste like, but the anecdote itself is plenty relatable.

Phoebe Maltz Bovy edits the Sisterhood, and can be reached at [email protected] She is the author of The Perils of “Privilege”, from St. Martin’s Press.

‘The Great British Baking Show’ Has A Jewish Twist