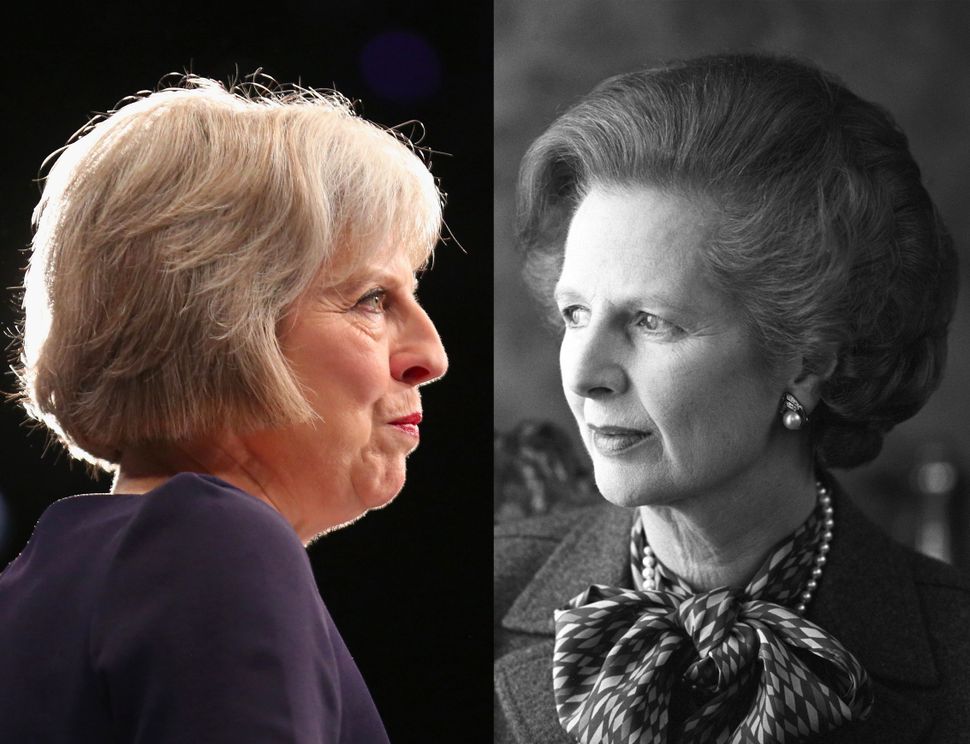 I’d like to tell you a story. Picture it, a classroom in Harvard’s Kennedy School, early 2008:

I often find myself in classes hearing my political party and its members caricatured. Last year, a professor informed one of my classes that Mike Huckabee would be my party’s nominee, because we all take marching orders from the Christian Right. I’m not sure he knew there was a Republican primary voter in the room, that I’m a practicing Jew, or that my brain likes exercise.

It’s nine years later, but I stand by what I wrote in this article, which originally appeared in the Kennedy School’s student newspaper. And I wish I could say it was just one professor who made me feel completely misunderstood, but it wasn’t. Not by a long shot.

The fact remains: if what you know about political conservatives — or Republican voters more broadly — is limited to what you read in The New York Times, see on MSNBC, or hear in a college lecture hall, odds are you’re not getting the straight scoop. The view of “my people” that’s typically refracted through such sources is never flattering, and it’s rarely even accurate.

The best source on conservatives? Conservatives ourselves, of course. So, if you wonder what conservative women think, or how Jewish women can be conservative, you should know about Iron Ladies.

The brainchild of my friend Leslie Loftis, Iron Ladies is a new news and opinion website, launched on Inauguration Day, that curates thoughtful commentary from “conservative women around the Web”,” — including Jewish women — in addition to showcasing original content. Of the six women involved in the launch, three of us are Jewish.

What attracted us to the project? A woman going by the Twitter handle @edgeofthesandbox, a Russian speaker from the Ukraine who remains anonymous because it’s tough to be a known conservative in the Bay Area, wrote:

About ten years ago there was an article in the Wall Street Journal arguing that if descendants of Jews who came to the U.S. from the Russian Empire are still voting against the tzar [sic], the Jewish immigrants from the former Soviet Union are voting against Brezhnev. I think it was a very perceptive observation. The Tea Party small government message certainly resonated. Plus, we happened to know that socialism is not particularly good for minorities.

Susan Goldberg, a mother and writer in New Jersey, who identifies as a conservative feminist, offered another take:

The goal of Iron Ladies is to unite feminists across the political spectrum and awaken them to a greater vision of feminism beyond single issue politics. The feminism portrayed in contemporary mainstream media is blasé to the point of being vapid, which is why so many women are turned off. Worse yet, they remain unaware of the many pressing issues facing women across the globe and in America as well. Iron Ladies is about broadening the perspective by challenging the status quo… Yes, feminism can be politically conservative, religiously observant and intersectional.

Iron Ladies is unlike most conservative sites. It aims to reach not only conservatives, but also the con-curious, that group that wonders what women like me actually think. After all, if your only knowledge of conservatives is based on outsiders’ portrayals, someone like me doesn’t make much sense. I’m a folk-music-listening, Ivy League educated Jew from New York who refuses to wear fur. And yes, I’m a political conservative.

As a red fish who has long lived in seas of blue, I’m used to being asked why. I’m happy to explain my thinking because I want those who disagree to understand why conservatives think as we do. And the Jewish community is certainly well represented among those who typically disagree with my political conclusions. In a typical election year, about 80% of Jews vote differently than I do.

How often does the average Jewish liberal hear from Jewish conservatives, so you can truly understand what motivates us? (I write “you” because odds are, dear reader, that you stand to my political left.) In some ways, it takes more effort for you. For one thing, there are fewer of us numerically speaking, so we may not be in your social circles. Others stay silent lest they offend, and among those who do speak up, they may be speaking primarily, or exclusively, to conservative audiences.

Jewish woman to Jewish woman, I welcome you to visit Iron Ladies. Come for the variety. Stay for the persuasive insights.