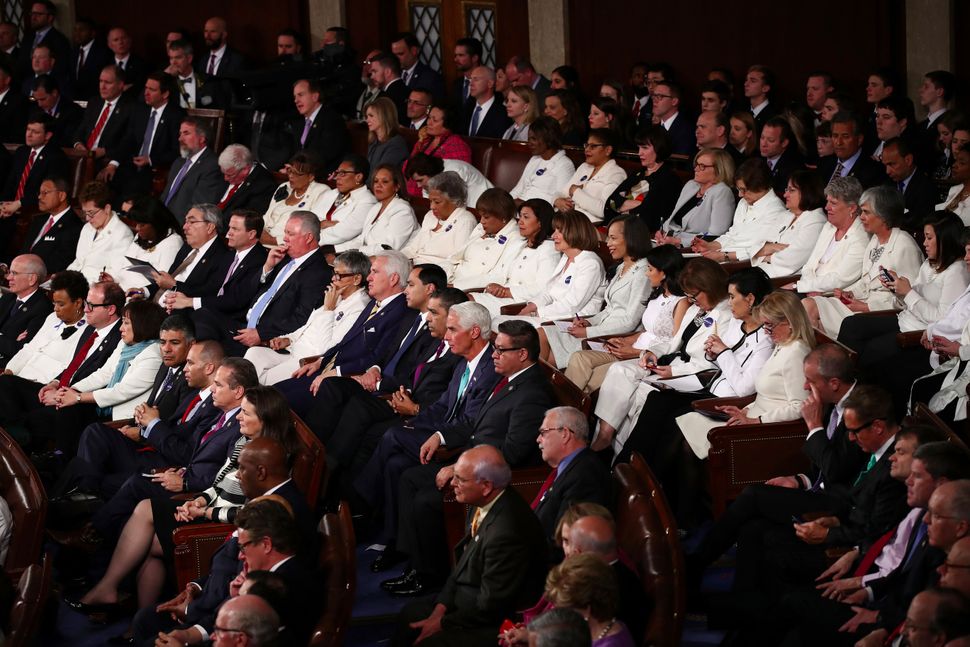 In The New Yorker, Judith Thurman writes about two women’s wardrobes on display at the Metropolitan Museum of Art in New York. The first woman she mentions, Sara Berman, is our focus here. (Yes, yes, because she was Jewish, but that’s not all, I promise!) Berman — mother of artist Maira Kalman, who created the Met installation with her son, Alex Kalman — passed away more than a decade ago. And yet her spare wardrobe of neatly-folded white clothing, with some beige-ish shoes accompanying, looks like a display contemporary minimalist boutique. The story of how her wardrobe came to look that way is pretty fascinating, and ultimately not that much about fashion in the usual sense. Writes Thurman:

Berman was sixty when she made an unsparing triage of her possessions and got rid of most of them. More radically, she shed her husband after thirty-eight years of unhappy marriage. [….] It was at the time of her divorce, when Berman moved into a studio in Greenwich Village, that she restricted her wardrobe to shades of white.

Thurman goes on to explain the feminist and Jewish significance of Berman’s post-divorce shade of choice:

White is an emblem of purity and renunciation, but, as the uniform of the suffragists, also of sisterly solidarity. In the Jewish faith, it is the color of the bridal gown that becomes a burial shroud. To Berman, it recalled the sun-bleached laundry flapping on her clothesline by the sea in Tel Aviv, and her tropical wardrobe as a young beauty there. There is nothing like white, at any age, if you aspire to dazzle.

I’m now very eager to go see the exhibit, which seems as if it might challenge my preexisting suspicion that minimalism has sexist implications. In Berman’s case, at least, sounds like it was quite the contrary.