‘Oedipus In Brooklyn And Other Stories’: Dark Themes And Complex Women 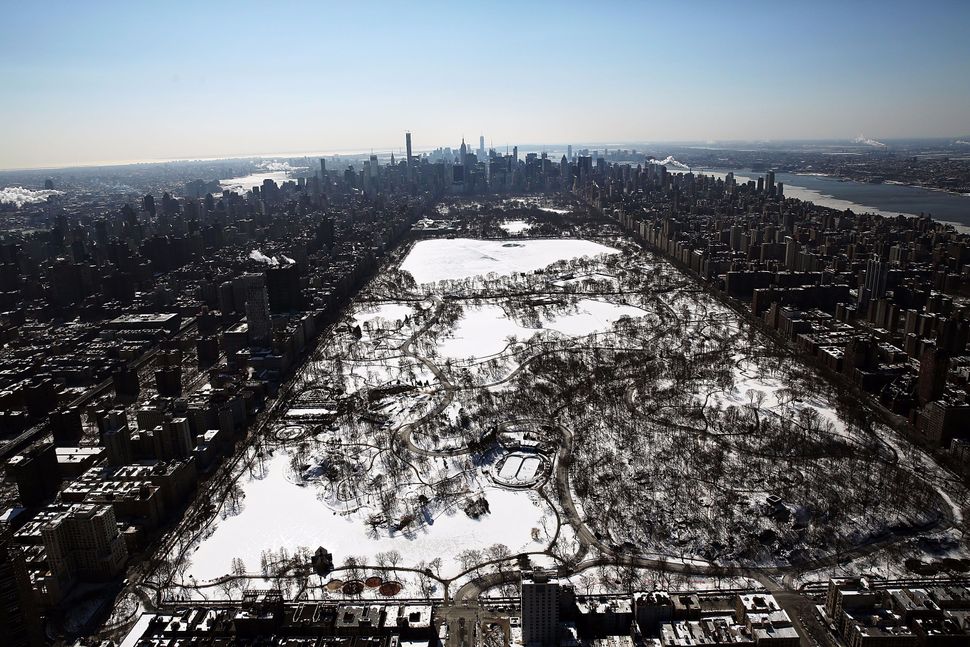 Lempel’s stories bring readers into quirky and difficult women’s lives. “A Snowstorm in Summerland” captures the meditations of a woman driving south with her husband while New York is beset by snow and ice and blizzards. The narrator describes herself as “pareve, neutral, neither milk nor meat.” She confides that she does not “have the backbone necessary to win an argument” so she “respect[s] each person’s opinions, no matter how bizarre they may be.” Her later revelation, “I never stop struggling against fate,” challenges her sense of her own neutrality, however. Lempel amplifies this confession with a rich image of the woman unraveling “the ancient tapestries, ripping apart the mysterious silhouettes thread by thread until I stood alone, outside the circle, waging war against myself.” Many women are at war against themselves because of the conditions in which they find themselves living. In these stories, Lempel captures the conditions of women’s lives with both brutality and beauty.

“Oedipus In Brooklyn” explores the taboo of incest for a mother and her blind son growing into manhood. The two are drawn into a sexual relationship. Sylvia, the mother, “persuaded herself that she was lying not with her son but with the specter of her husband.” Making love to her son, she imaged that she was paying “the debt she owed to his [her husband’s] unlived life.” Interpersonal debts are a key metaphor in Lempel’s work. The question of what we owe to others and what is owed to us circles many of Lempel’s characters. For Sylvia, the protagonist of this story, the failure to pay for her sins leaves her dead body on a beach surrounded by “exotic seaweed,” “nimble sea creatures” and “gray-white vultures searching for carrion … with raucous cries.”

“The Twin Sisters” tells a Holocaust story of vengeance meted out by one woman after many years. In this story, Lempel crafts language filled with tension, withholding, and anticipation that is both delightful and foreboding. In “My Friend Ben,” Lempel voices a woman with a lover Ben who will never be more than an occasional paramour for the narrator. The bawdy, comfortable sexuality of a mature woman is a pleasure to encounter on the page, reminding readers of how unusual it is. The narrator describes her daughter — she is similar to women I have known:

She doesn’t want an education that will only compound the world’s problems. She wants no part in polluting the world. She wants to return to nature and live the way people used to live, not as subjugator or corruptor but at one with the natural world. She wants to repair the wrongs committed by an egocentric civilization, to purify the air for all people, the forests for animals, the waters for fish. She wants to do her part for the miracle of life, not death. She feels an obligation toward every form of life, without exception. Where she comes by such notions. I have no idea.

Yet the mother’s own philosophy suggests where the daughter encountered these philosophies. Lempel writes, “There’s no such thing as starting from scratch, I say. Our lives have been connected, one to the next, ever since a certain romantic gene seduced a sunray and figured out how to be fruitful and multiply.” This may be Lempel’s ars poetica, writing lives that are connected, one to the next.

Lempel was born in Galicia (now Ukraine), immigrated to Paris in 1929 then to the United States on the eve of World War II. She was widely published in Yiddish periodicals; “Oedipus In Brooklyn And Other Stories” is the first English-language collection of her work. Lempel’s short stories are richly evocative, filled with pleasure and pain, and powerfully human and humane, the ultimate reward for her readers.

Julie R. Enszer, PhD, is the author, most recently, of Avowed (Sibling Rivalry Press, 2016). You can read more of her work at www.JulieREnszer.com.

‘Oedipus In Brooklyn And Other Stories’: Dark Themes And Complex Women