Leaving Our Political Bubbles With Help From The Haggadah 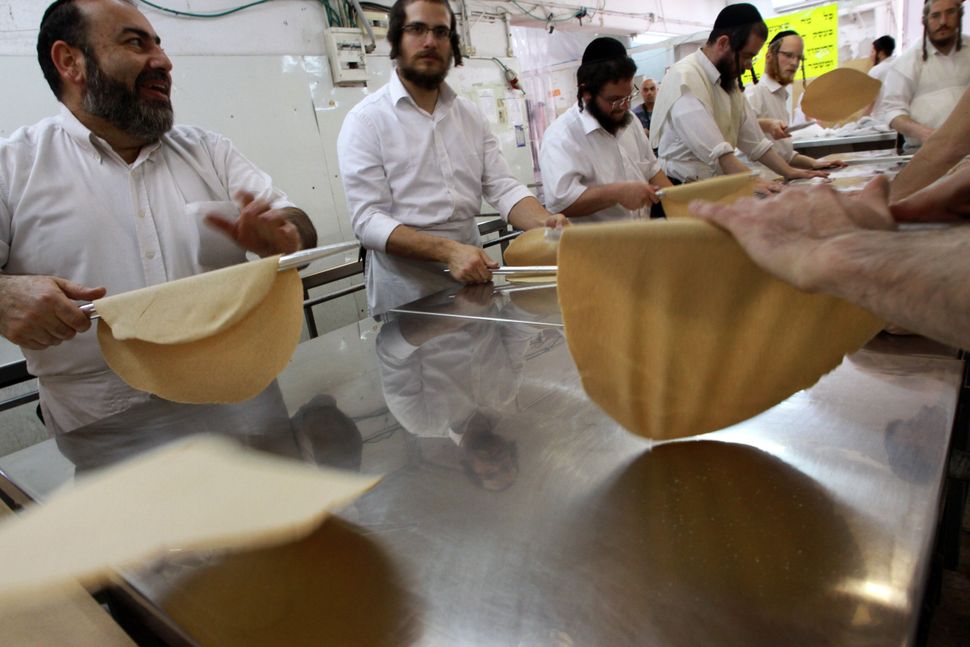 They say you shouldn’t discuss religion or politics at the dinner table. On Passover, breaking this rule is not only unavoidable, it’s required. Every year, during the holiday’s traditional Seder, Jews retell the story of our enslavement in Egypt and our escape to freedom, facilitated by a divine hand that made frogs rain down from the sky and the waters of the Red Sea part to make a land bridge. But how does one discuss an epic tale of religion and politics effectively? Luckily, the Haggadah comes with a built-in instruction manual.

Before getting into the bulk of the Passover story, the Haggadah tells us of four sons: a wise one, a wicked one, a simple one, and one who does not know to ask. Each child asks a question that is answered by one of the Torah’s four passages instructing the retelling of the Exodus. Just as no two questions are the same, neither are the corresponding answers; they are individually tailored to the frameworks and attitudes of the person asking. Together, these four iterations of a single idea offer us a model for communicating the same message to different people.

This skill is as relevant as ever when the week of Passover ends and we are left without an ancient textbook for examining and challenging modern-day oppression. How do we tell our stories compellingly? How do we teach those who don’t know what we know? How do we persuade those whose support we seek?

The first child cited in the Haggadah, the wise one, expresses a detailed interest in Jewish custom, asking: “What are the testimonies, the statutes, and the laws that G-d, our G-d, has commanded to you?” (Deut. 6:20). He is given a comprehensive explanation of all the rules of Passover. The wise son is already invested in observance. The wise son can talk shop. And he is often credited as being good.

Likewise, many of us gravitate towards people who share our politics. Understandably so, as these are our comrades, colleagues, teammates. With folks of similar political perspectives, affinities, and goals, we can access deeper knowledge and commitment ourselves. We can take action. We can do the work of unpacking racism or anti-Semitism without having to prove it exists during every step of the way. This is all essential work, but it’s not the only work to be done in manifesting political change.

Enter: the wicked son. “What is this service of yours?” he asks (Ex. 12:26). The Haggadah explains that by saying “of yours,” he separates himself from the community, and, therefore, had he been enslaved in Egypt, he wouldn’t have been redeemed. On the surface, the wicked son reads like an Internet troll or an incessant devil’s advocate who has no stake in the debate at hand. The Torah reacts to him by speaking around him, mirroring the exclusion he has demonstrated. Sometimes responding to harmful speech in the public sphere is about impacting onlookers, not changing that individual’s mind.

And yet, the wicked son elicits a telling of the Exodus and warrants a discussion in the Seder. He is not disposable. Rabbi Dovid Gottlieb, a senior faculty member at the Ohr Somayach yeshiva in Jerusalem, clarifies this contradiction by dividing the wicked son into two types of fools. The first believes himself to know everything, such that “there is no point in answering him, because he will never admit a fault.” But the second type, “aware of his limitations,” isn’t completely closed off. “If we don’t reach out to him,” Gottlieb writes, “he’ll eventually start to think: ‘I’ve held these views for so long, and no one has ever contradicted me — so, I must be right.”

A nuanced interpretation of the wicked son allows us to discern useless battles from worthwhile, if difficult, ones, and also opens up the possibility of righteous criticism. I can’t help but notice that the letters of the Hebrew word for “wicked” (rashah) can be re-spelled as the word for “noise” (ra’ash). To be heard, we must make noise, even where it is unwelcome. As Alitta Kullman writes at Tikkun Magazine, “He who is called rashah is often the one who sees what others refuse to see, who questions what others can’t or won’t question.”

In this sense, the wicked son has a crucial role to play in political struggle. Yet the lesson of this archetype reminds us not to rhetorically remove ourselves from our communities, even when those groups are the very targets of our criticism. Male feminists or white anti-racists, for example, risk becoming rashah when we’re so keen to call out others of our shared identities that we forget to scrutinize our own complicity in oppressive power structures.

When we’re willing to meet people where they’re at, we may find that difference doesn’t always equal disagreement. The simple son asks, “What is this?” and a simple answer he’s given, one sentence summing up the meaning of Passover: “With a mighty hand the Lord took us out of Egypt, out of the house of bondage” (Ex. 13:14). This answer, though rudimentary, is no less important than that given to the wise son. It provides context, a foundation, without which details can seem hollow. The simple son invites us to put jargon aside in favor of accessibility and brings us back to the bigger picture.

There is a fourth son but no fourth question, because this child does not know to ask. Thus, the Haggadah tells us to open the conversation for him. It is the responsibility of those who can tell the Passover story to tell it. We all know the fourth son; most of us were the fourth son at some point, before we learned the words “climate change” or “Islamophobia.” Indeed, silence often works in service of violence. But the fourth son isn’t necessarily silent out of apathy or antagonism; the fourth son isn’t making excuses. This archetype has yet to be exposed to a particular issue or viewpoint. So we start the conversation: “It is because of this that G-d acted for me when I left Egypt” (Ex. 13:8).

This passage appears once before as part of the answer to the wicked son. Both repetitions constitute an invitation, a calling in of our own people. It’s interesting to note that these two responses use the word “me,” while the answer to the wise son is de-personalized, and the answer to the simple son speaks in terms of “we.” But whereas the wicked son has chosen to distance himself from the group, thus negating the first-person plural, the fourth son’s ignorance precludes his willful exclusion. Seeing another person’s individual connection to the story may help him realize his own. By limiting our political engagement to people who share our beliefs, we’re missing the opportunity to include those who don’t yet know to ask.

As we read the Haggadah this year, we might find ourselves reflecting on which son we resemble. Perhaps we will find these children resonating with different parts of us or in various arenas of our lives. Perhaps our reflection will yield a different answer than last Passover or next. Because we are not static. The Haggadah, repeated year after year, knows this. For it gives each of us, wherever we are in our process, the opportunity to learn and to teach, and the space to grow.

Sarit Luban is a freelance writer in Boston, MA.

Leaving Our Political Bubbles With Help From The Haggadah