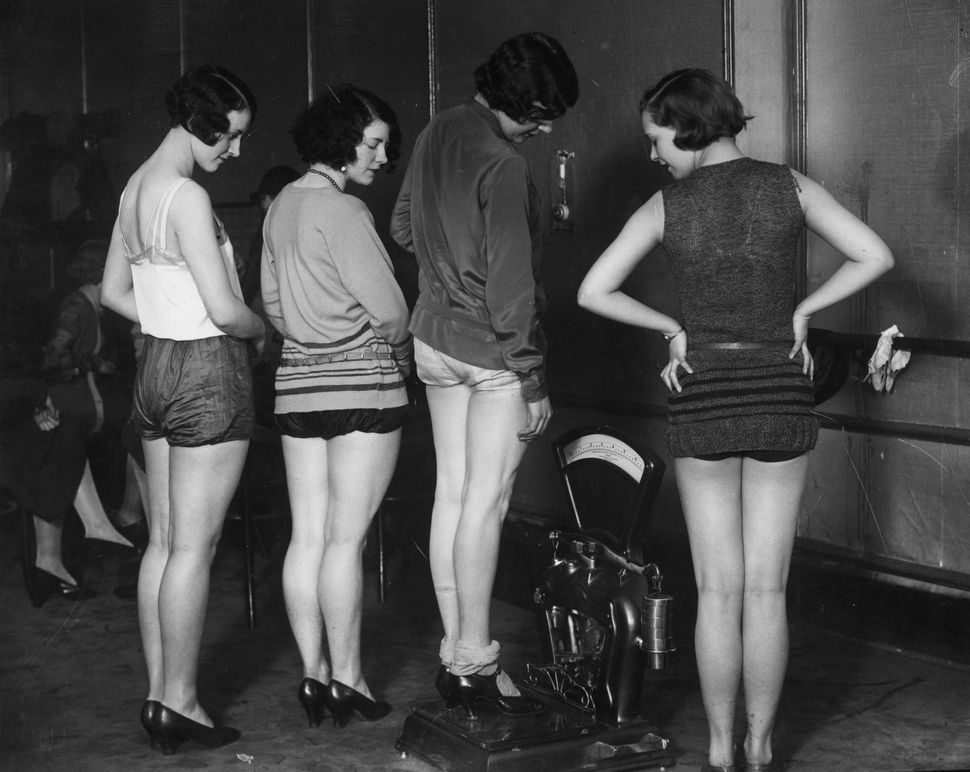 Weighing in in the 1920s. Image by Getty Images

With holidays can come unsolicited body commentary from friends and relatives who haven’t seen you since you were (in their recollection, at least) a different shape or size. With this in mind, here’s some great new writing by Jewish women on body image:

Maris Kreizman introduces her brilliant personal essay on illness and inadvertent weight loss with the following disclaimer: “I wrote this piece in 2013. I was told to hold on to it, to wait until the anger dissipated. It never did.” Kreizman describes the unnerving experience of losing weight due to medication, in a society that celebrates weight loss — women’s especially — no matter the cause:

I was discouraged by some of the reactions I’ve received from well-meaning onlookers: the co-worker who motioned to my belly with a wink and said, “you’ve lost quite a bit of weight”, the neighbor who said, “Whoa, you got skinny! Nice work.” I love a good compliment, truly, but the state of my body is not a reflection of some inner determination or lack of cheese-eating. It only reflects that I was willing to make myself uncomfortable in order to take care of my mental health. I wish I had not had to do it.

Read the whole thing. And while you’re at it, you should also check out Hadley Freeman’s Guardian column exploring, as the headline accurately puts it, “[w]hat women really mean when they say they’re feeling fat.”