Is It Kosher For Ivanka To Do Business With China? 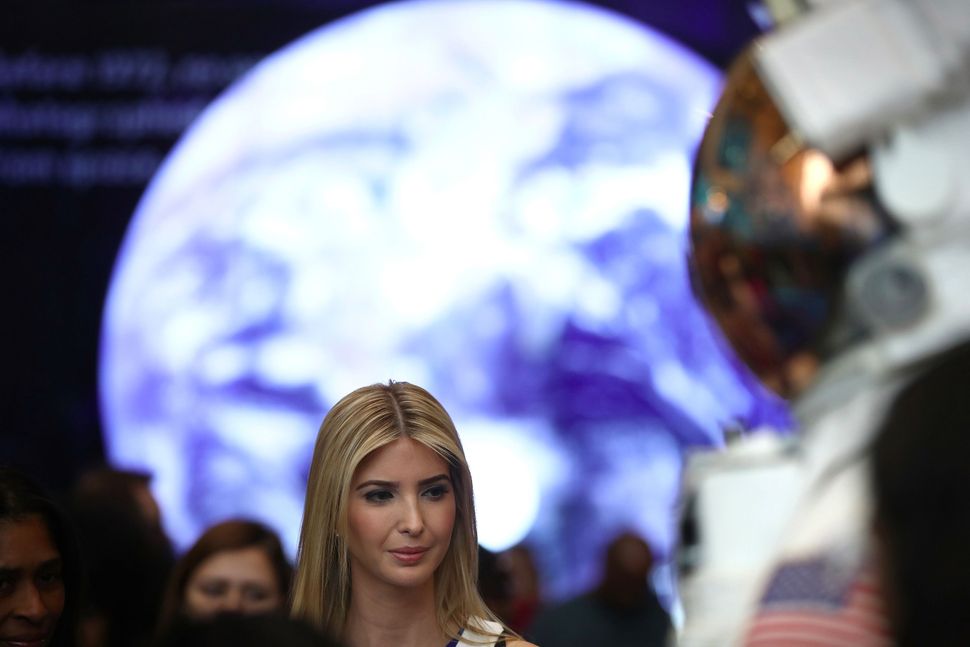 This is a possible cause for concern, and not because “Ivanka Trump’s mid-market collection of ruffled blouses, shifts and wedges” are inherently objectionable. No, the issue is — as per usual — whether it’s ethically on the up-and-up to advise the president while also selling merch:

“Ivanka has so many China ties and conflicts, yet she and Jared appear deeply involved in China contacts and policy. I would never have allowed it,” said Norman Eisen, who served as chief White House ethics lawyer under Barack Obama. “For their own sake, and the country’s, Ivanka and Jared should consider stepping away from China matters.”

Are they “‘stepping away from China matters’?? Not so much:

Publicly, Ivanka has taken a gracious, charming approach toward Beijing. During the Mar-a-Lago meetings, her daughter, 5-year-old Arabella stood in a gilded room and sang a traditional Chinese song, in Mandarin, for China’s president, Xi Jinping. The video, which was lavishly praised by Chinese state media, played over 2.2 million times on China’s popular news portal qq.com.

This is not the first time Forward readers are hearing about Arabella’s talents in this area.

Is It Kosher For Ivanka To Do Business With China?