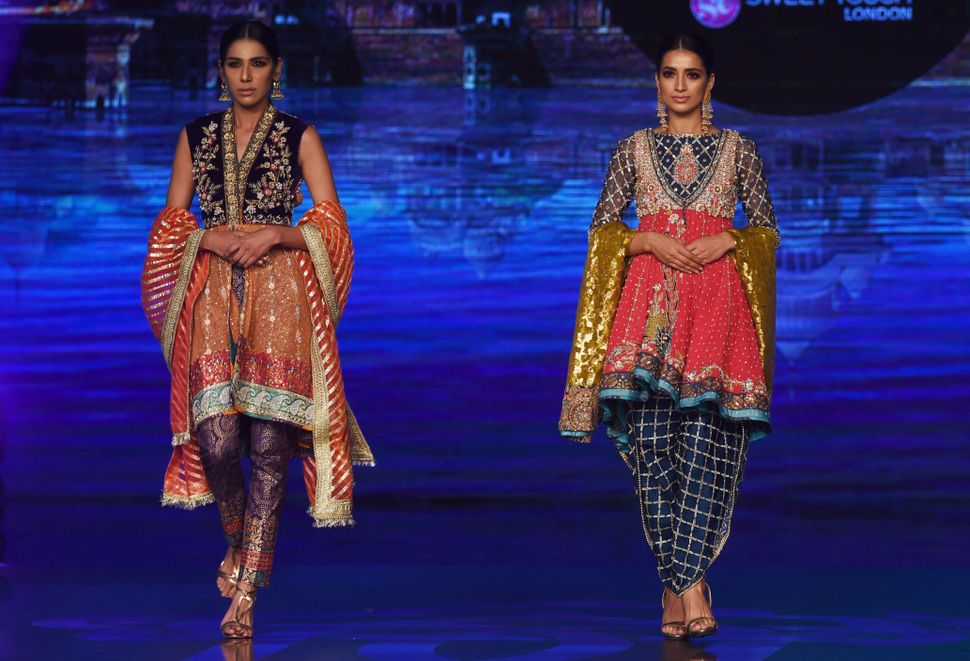 In a personal essay for Racked, Shoshana Kordova, from New Jersey but now living in Israel, explains why she and her daughters have embraced a layered look. “The leggings and pants my daughters and I wear under our skirts,” she writes, “mean we don’t have to choose between skirts and pants, between religious conventions and pragmatic considerations, between constriction and liberation.”

Kordova’s essay explores how she arrived at the style: “[E]ven as I continued to believe that Orthodox Jewish women and jeans were perfectly compatible, by the time I moved to Jerusalem in 2001, I had shifted toward wearing mostly skirts. This was primarily a way of publicly self-identifying as an Orthodox woman who took that identity seriously. When I had studied there for a semester abroad a few years earlier, I found that in Jerusalem, my jeans made me feel consistently misunderstood, that everything my clothing conveyed about me was inaccurate.” Kordova also digs deeper into the look, noting that “the elision of the distinction between pants and skirts is not unique to me, to Modern Orthodox Jews, or to Israel,” but has its roots elsewhere:

“[T]he loose pants and tunic ensemble known as the shalwar kameez is a hallmark of traditional South Asian dress — a factor that may even have influenced the trend in Israel, as several stores catering to young Orthodox shoppers in Jerusalem carry loose, light clothing that is either made in India (where many Israelis go backpacking in their 20s) or designed to look like it.”

I’d definitely recommend checking out Kordova’s essay, both for anyone curious about Israeli fashion (I am!) and for the fashion-indifferent who nevertheless are up for reading an essay as much about religion and identity as clothes. May we all find the outfit that we feel comfortable in, physically and identity-wise alike.