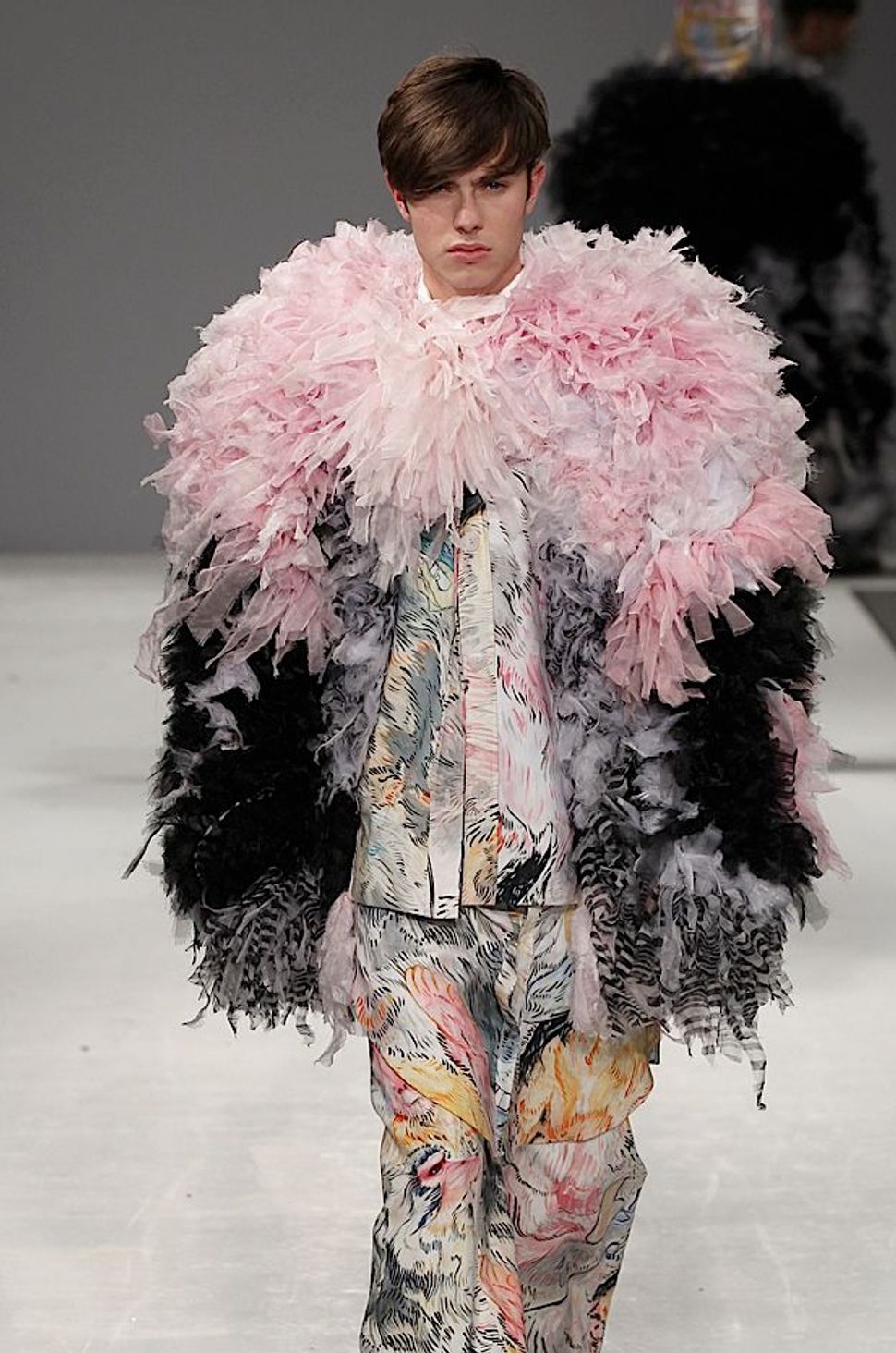 Image by courtesy of zivgilkazenstein.com:

Internationally recognized stars of Israeli clothing design such as Ronen Chen, Kedem Sasson, Yigal Azrouel, and Ziv Gil Kazenstein have won applause on the runways of the world’s fashion capitals. Yet decades ago, during the ferment and danger of Israel’s early days as a nation, what the pioneering generation should wear might have seemed a relatively trivial problem.

Not so, explains cultural historian Anat Helman, lecturer at Hebrew University and author of last year’s “Young Tel Aviv: A Tale of Two Cities” from Brandeis University Press. In the spring, Helman’s “A Coat of Many Colors: Dress Culture in the Young State of Israel” appeared from Academic Studies Press. In it, Helman explains that even by the time the kova tembel or “tembel hat” was codified as kibbutznik gear via the beloved 1950s cartoon character Srulik who became a national symbol, some Israelis had set their eyes on higher fashion achievements.

Part of the motivation was to transcend severe rationings of everything, including fabrics, which inspired an Israeli newspaper cartoonist in 1950 to depict Shakespeare’s Othello and Desdemona squabbling about whether they possessed sufficient “points” to acquire a handkerchief. By 1955, one newspaper praised Czech-born Lola Beer Ebner whose fashion designing agitates the “hearts of more Israeli women than the names of [then-popular screen idols] Gary Cooper or Robert Taylor.” Beer Ebner, honored with an exhibit at Tel Aviv’s Czech Center in 2010, was inspired by Parisian styles for her own light, airy creations.

Beer Ebner was no optimist about Israeli fashion, estimating that it would take “at least five hundred years” to develop a uniquely Israeli fashion. Others were more sanguine, including a rival fashion house, Maskit, founded by Ruth Dayan, the first wife of General Moshe Dayan. Maskit’s chief designer, Fini Leitersdorf, was honored with “Maskit: A Local Fabric,” a 2003 exhibit at Tel Aviv’s Eretz Israel Museum of which a lavish catalog remains as valuable documentation.

Leitersdorf stated her goals, as quoted by Helman: to combine “Sabra simplicity, Eastern colorfulness, and Western sewing techniques.” A useful complement to Helman’s historical reflections is the lavishly illustrated book by Nurit Bat-Yaar, Israel Fashion Art 1948-2008 out last year from Resling Publishers, Tel Aviv. Former longtime fashion editor of the Yedioth Aharonot daily, Bat-Yaar, like Helman, would seem to contradict Henry D. Thoreau’s maxim, “We should distrust any enterprise that requires new clothes,” at least insofar as the state of Israel is concerned.