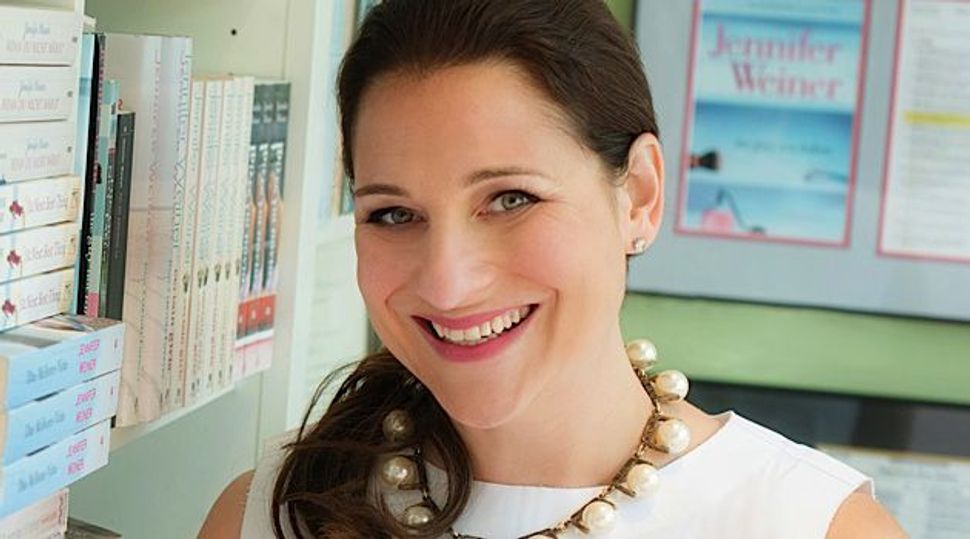 By Melissa Langsam Braunstein May 2, 2017

While I can comment only on my own writing experience, it’s clear from that op-ed that Weiner and I reacted differently to Twitter’s #ThingsOnlyWomenWritersHear round-up. A prime example? Weiner’s summarized list of offenses included “tweets like ‘I loved your article — did you write it while the baby napped?’”

I completely understood Weiner and others’ anger over being dismissed as unserious because they’re not men. If a woman produces thought-provoking and polished prose (or poetry), she should be taken seriously as a writer. That shouldn’t change if a writer is also a mother. But I couldn’t get on board with their irritation at motherhood-related questions and comments.

To take just three examples of the hashtag in action, quoted in a Bustle round-up: Author Shannon Hale tweeted, “Yeah over past 15 years I’m asked ‘how do you write with kids’ constantly.” The New Yorker’s Emily Nussbaum: “Will you be writing about mothering now?”/“I liked your piece. Did you write it when the baby napped?” Young adult writer and self-described warrior poet Tehlor Kay Mehia: “what a great way to make a little money while you’re home with your daughter.”

Now, why is it offensive to ask Hale how she juggles parenting and writing? First, it’s not easy to do something as earthy as parenting while also operating in the world of ideas and creation. I’m always curious how other (successful) women manage. Second, many young women ask this, trying to envision how they’ll manage their own careers when children come along. The reality is that mothers remain primary caregivers in most American homes. If young men aren’t asking the same questions, Hale could help start that conversation for them.

Meanwhile, Nussbaum’s tweet suggests parenting is an unserious subject. As someone who has written about consequential parenting concerns, I disagree. Both The New York Times and The Washington Post have parenting sections. If motherhood is now a part of her life, why is it offensive to ask Nussbaum if she plans to add it to the topics she covers?

As for Mehia, if she’s part of the lucky few that make a living by writing, it’s clear why she might find such comments patronizing. However, it wouldn’t hurt to acknowledge that not all writing pays well, or that many parents with young children face real limits on their writing time.

What unites my disparate writing subjects is my logistical reality: my husband and I have three daughters under age six. My husband works full-time, but I write part-time so I can parent more. (I feel fortunate that I had that choice; not everyone does.) I write around my daughters’ schedule. I regularly write during preschool, at nap time, and after bedtime. In fact, I’m typing this one-handed while Daughter #3 nurses and naps.

I could certainly be more prolific with additional dedicated writing time. However, I know that life is long. At this stage, being a writer is important, but being an involved mother is too. So while my output is lower — and slower — than in my breakneck-fast speechwriting days, I don’t believe the quality of my writing has suffered. Nor do I believe that my writing should be taken less seriously because it commands fewer than 40 hours of my week.

And there’s the kicker. Amidst this crowd-sourced list of the many ways it’s hard to be a woman writer — all the disrespect we’re likely to encounter in spite of hard work — are the (unintentional?) digs at those of us who live more traditionally but still value our craft so much that we mine all the day’s hours to keep weaving writing into our already hectic lives.

If we really want to bust stereotypes, don’t judge me by whether I write in a room of my own without distractions. Judge me by the strength of my clips.