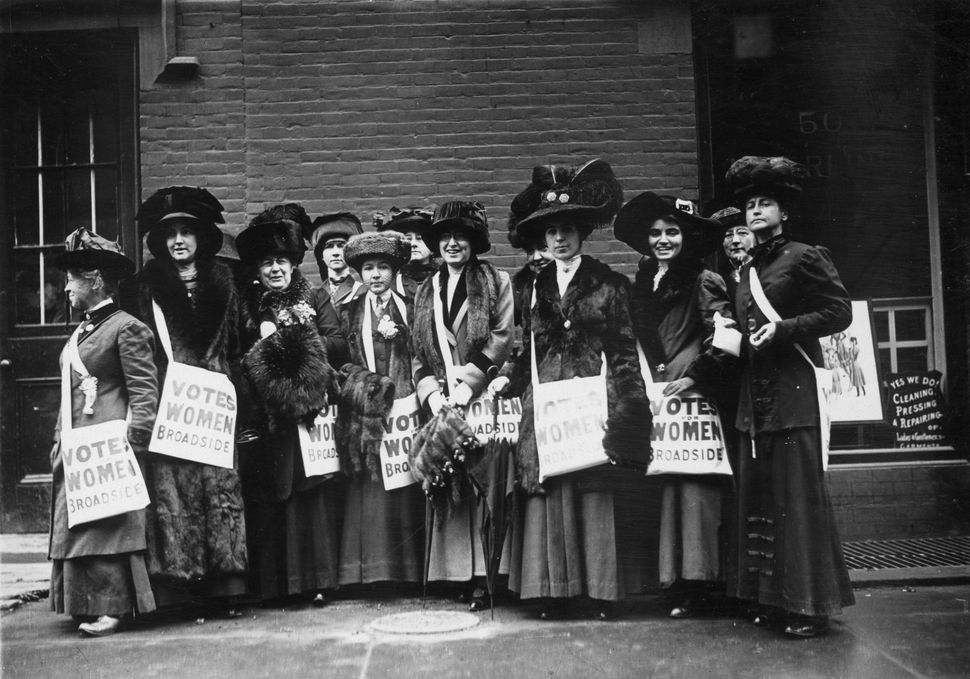 When my mom asked me to post a photo on Facebook, I did not anticipate the impact that post would have on my understanding of my 98-year-old grandmother, her generation, and American history.

It was October 6, 2016, and my mom had captured an image of her mom, my grandmother, proudly holding up her absentee ballot. She asked me to post it with this caption:

“Estelle L. Schultz, who was born two years before women had the right to vote, marked her absentee ballot for the first female president, Hillary Clinton.”

Within a few hours, the photo had hundreds of “likes” and dozens of comments, including words like “inspiring,” “goosebumps,” “teary eyes,” and “Those of us who have fought the good fight for women’s rights know how significant this really is!”

One of the commenters was Tom Fields-Meyer, a writer who goes to my synagogue, IKAR. He suggested starting a website featuring “photos of women in Estelle’s generation casting their votes for Hillary and telling their first-person stories in a few sentences.” Within a few days, Tom and I teamed up with my mom, Roberta, and Tom’s wife, Shawn, to create I Waited 96 Years.

The site went viral and was featured in over 100 media venues, including Buzzfeed, Newsweek, NPR, the Forward, and international outlets like BBC News, Norwegian Aftenposten, and Jerusalem Post. Eventually, the site featured 186 women, ages 96 to 105, all born before the 19th Amendment gave women the right to vote in 1920. Their words captured the moment’s historic nature.

And then the election results came in.

Like millions of Americans, we were devastated — and so were the nonagenarians and centenarians who had expressed such excitement in the preceding weeks.

Within days, two friends independently suggested that we go back to the women on the website and seek their wisdom. It seemed the perfect way to cope with our post-election despair.

Tom and I asked the women how they have overcome disappointment and national crises, how they have dealt with sexism, and their advice for the country moving forward. Their responses, along with contemporary and vintage photographs, became a book we called “We The Resilient: Wisdom for America from Women Born Before Suffrage”. 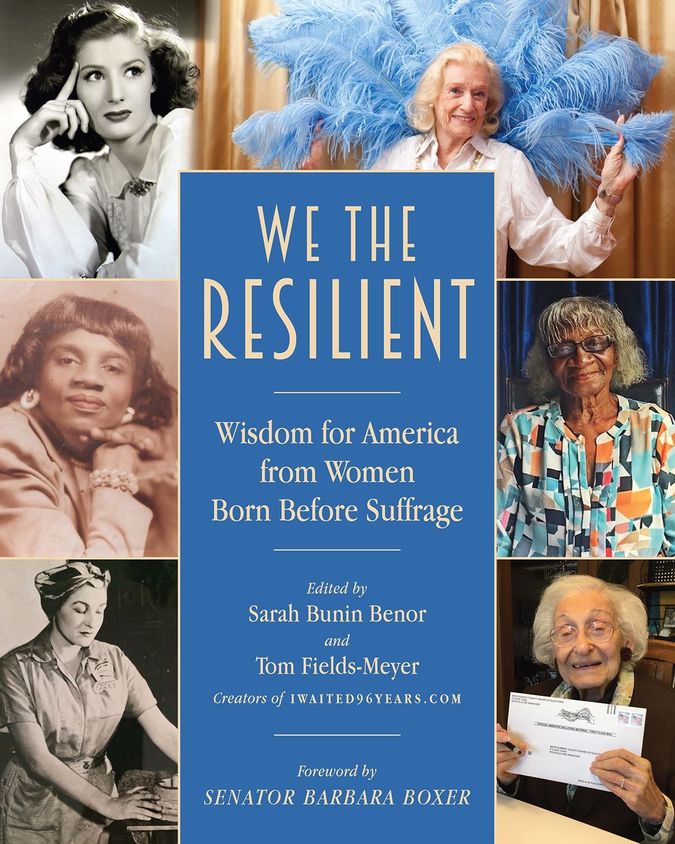 “We The Resilient” cover image Image by Courtesy of Sarah Benor

When we learn about American history in school, we usually focus on major events: battles, protests, elections. The 78 women featured in “We The Resilient” gave me a deeper understanding of what my grandmother’s generation went through: surviving the Depression by selling candy bars and homemade rugs, hunting squirrels, and eating potato peel soup; working in factory jobs and planting victory gardens during World War II; celebrating in the streets when the war was finally over. Most of the women have lost husbands and siblings; several have lost children. They have survived disease, unemployment, and dislocation; they have faced sexism, discrimination, and loved ones enlisted abroad for years. Yet they endure, many full of optimism and hope, even now.

Unlike most of my work, this book is not primarily about Jews (although several Jewish women are included). But I couldn’t help but notice that the project developed in line with the Jewish calendar. Tom and I first discussed the idea during Yom Kippur services (during a break, of course). We had the website up and running by Erev Sukkot. By Simchat Torah, dozens of women were featured on the site. By Passover, advance copies were ready, and the book was published just before Yom Haatzmaut.

A common Shabbat activity in my home lately is reading a few pages together. We reflect on how much life has changed for women in our country and how lucky we are to be alive right now. As Velva Stone, 103, says, “In spite of everything, America may be at its greatest today and will be slightly better tomorrow.”

Sarah Bunin Benor is a professor of Jewish studies at Hebrew Union College. She and Tom Fields-Meyer edited the book We The Resilient: Wisdom for America from Women Born Before Suffrage available on Amazon and in bookstores.