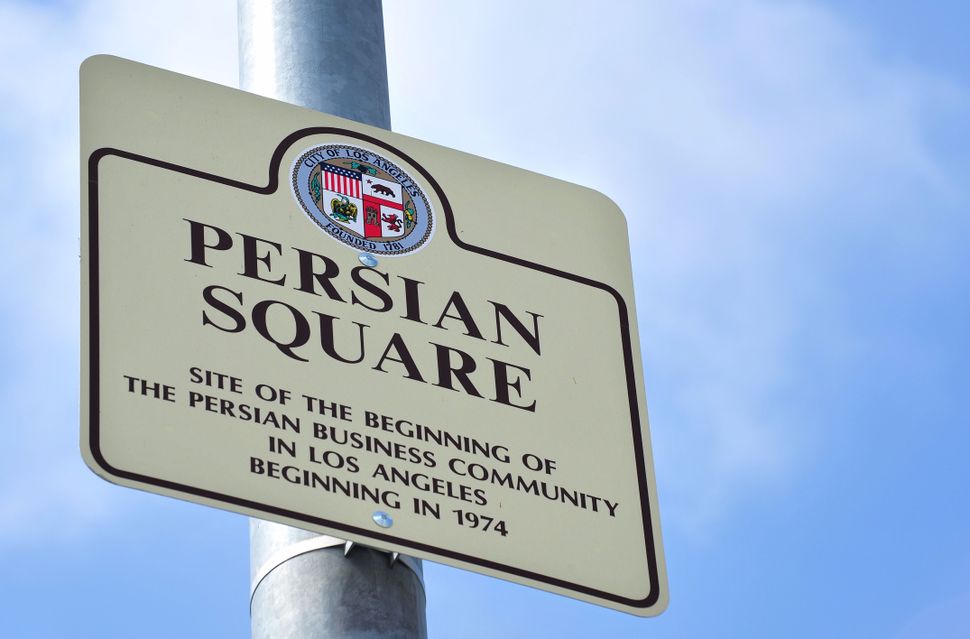 “Tell her what you told me. About the tampons.” I gawked at this face-off between my mother and my seventh grade science teacher, Ms. Johnson. “Mrs. Yashari, tampons do not make women lose their virginity,” she said. My whole life was a lie.

The following week, I gathered my friends for a group meeting. With the certainty of a messiah among the seventh grade girls, I announced that our mothers had lied to us. The suffering ends here. We can use tampons. They laughed, they didn’t believe me. And somehow I became the sexual deviant among us — perhaps the only millenial Persian Jewish girl in Los Angeles that used tampons.

Our community of 50,000 spanning Brentwood to Beverly Hills, is composed of forty years of immigrant families who perpetuate this social contract where a woman’s sexuality goes unacknowledged.

Social implications aside, the dangers of this system are rooted much deeper than the topic of tampons. I wasn’t permitted to start HPV vaccines until I was 17 because it assumed sexual activity. For many of my friends, access to birth control came with a series of hoops that were not worth jumping. A family friend recalled to me the reaction her parents had when they discovered she was sexually active. As a 16-year-old girl in the community, her parents feared the repercussions of her lost virginity. “So they threatened to have me sewn up,” she said.

Her parents’ threat was just that — only a threat, never a real practice as far as any of us know — but the sentiment stood. Despite the vulgarity of this reaction to a sexually active teenager, we can’t necessarily point fingers — the sexual silence of women in the community is not the fault of individual parents, men, or anyone else. Rather, it’s a result of tradition, habit, and unspoken expectations that subtly impose on women the value of virginity. And somehow, in this era of dating apps and swiping, the silent rules are still intact.

In 2012, Justin Mateen and Sean Rad founded the first-ever dating app: Tinder. Two men from the Persian Jewish community in L.A. created an empire that started with dating and evolved into sexual swiping. The irony of Tinder originating in the Persian Jewish bubble is only obvious to insiders. As the first test subjects of Tinder, the men in our community were being celebrated for their sexuality. For the women, what seemed like a turning point was just a manifestation of an already founded arrangement.

If you attend any given Shabbat dinner, fathers eagerly tease their 27-year-old sons about the multitude of women they sleep with outside of the community. Uncles will make jokes about blonde hair and breast sizes and everyone will have a good laugh. If you can imagine a 27-year-old woman bringing up the non-Jewish, non-Persian man she is sleeping with, it’s guaranteed that her aunt will not make a joke about male anatomy.

While men are free to explore their sexuality, women are expected to settle down. The dating game for young Persian Jewish women in Los Angeles involves a level of covertness only comparable to a CIA operation. Women who date within the community must maintain the appearance of virginity and consequently keep any sexcapades undisclosed. This comes from a learned fear that your great aunt will tell someone else’s great aunt at their weekly rummy tournament, and you will be cast as “loose” among the community elders. You will be whispered about at parties, and your virginal reputation will disappear.

We can assume based on statistics alone that at least a percentage of young women in this community are engaging in sex and exploring sexuality. In 2013, the Center for Disease Control reported that 89% of American women engage in premarital sex. And, this community is not so conservative — in my experience, there are few now who believe that premarital sex is a religious sin.

The issue is not sex, it’s silence. The burden of never talking about sex means never fully realizing it. If all the women in your life won’t talk about sex, your early experiences and understanding will be limited. The conversation needs to happen, and to include discussions of safe sex, good sex, sexual orientation, and curiosity.

Keeping your sex life private is a choice every woman is entitled to. But it is, and should be, a choice, not an expectation. The imposed silence on us does not need to be passed down to another generation of Persian Jewish women. Instead, we can opt for an open discourse and allow girls the opportunity to operate on an equal playing ground. And, most importantly, to use tampons.

Leora Yashari is a freelance writer living in New York. She is a graduate of Boston University and a former Editorial Associate at Vanity Fair. Follow her on Twitter, @leoramonay