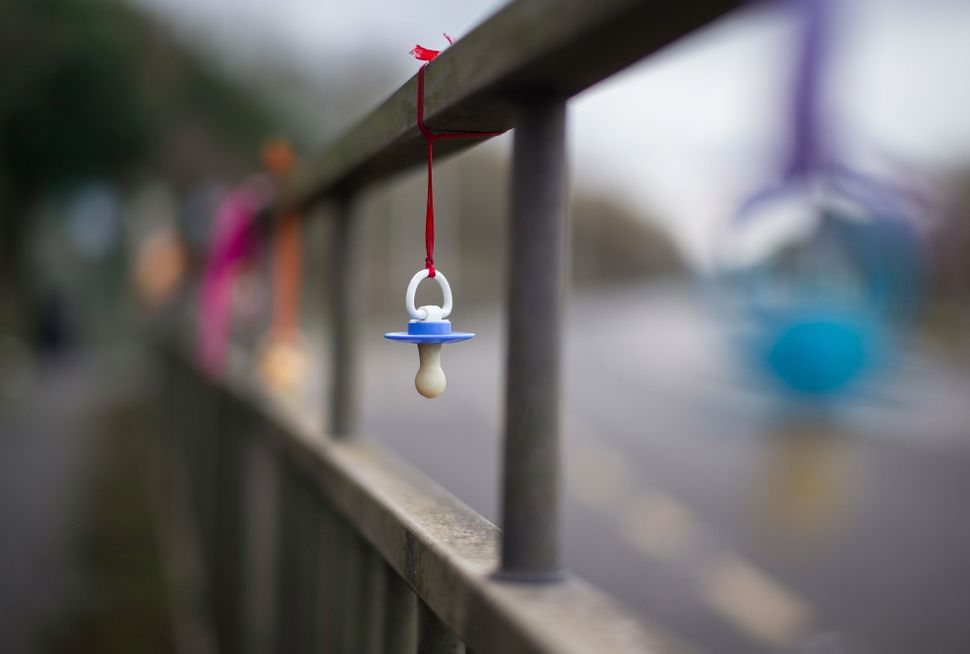 Few topics are as commonplace and secret as miscarriage. The secrecy is fully understandable on an individual level, but can pose challenges of its own. Thus why, in a moving essay about her own experiences, Hadley Freeman writes that she “find[s] the idea that women aren’t supposed to talk about this – that whole ‘Don’t tell anyone that you’re pregnant until after 12 weeks, just in case you then have to tell them that it died and that would be super awkward!’ — verging on the misogynistic.” Adds Freeman:

Because of this silence, people don’t realise how traumatic miscarriage is until it happens to them — I certainly didn’t. Hey, at least you know you can conceive, right? I’d forgotten that it is the loss of a baby, one you felt inside you, one you’d already planned around, one you wanted.

Freeman is not the only Jewish woman writer to take on this difficult topic of late. The Forward’s news editor Helen Chernikoff wrote a must-read essay for Newsday about women such as herself “who have lost babies to miscarriage or stillbirth but who deeply feel they mothered those children.” This can be true even for women with kids. Writes Helen:

The dead are still our babies. Grief lessens, but it doesn’t disappear. A woman I know never takes off a necklace that bears the name of her stillborn baby. “It always feels like someone is missing,” she said. I know exactly what she means. Just a few weeks ago, my husband, kids and I ate Friday night dinner with another family. They have three children, the youngest is 6 months old. It was such a lovely evening, but my husband and I exchanged sympathetic glances and hard hand squeezes. Just being around the baby was tough.

What spoke to me most in Helen’s piece was its mix of powerful personal testimony and a call for understanding of, and respectfulness towards, others’ silent suffering.