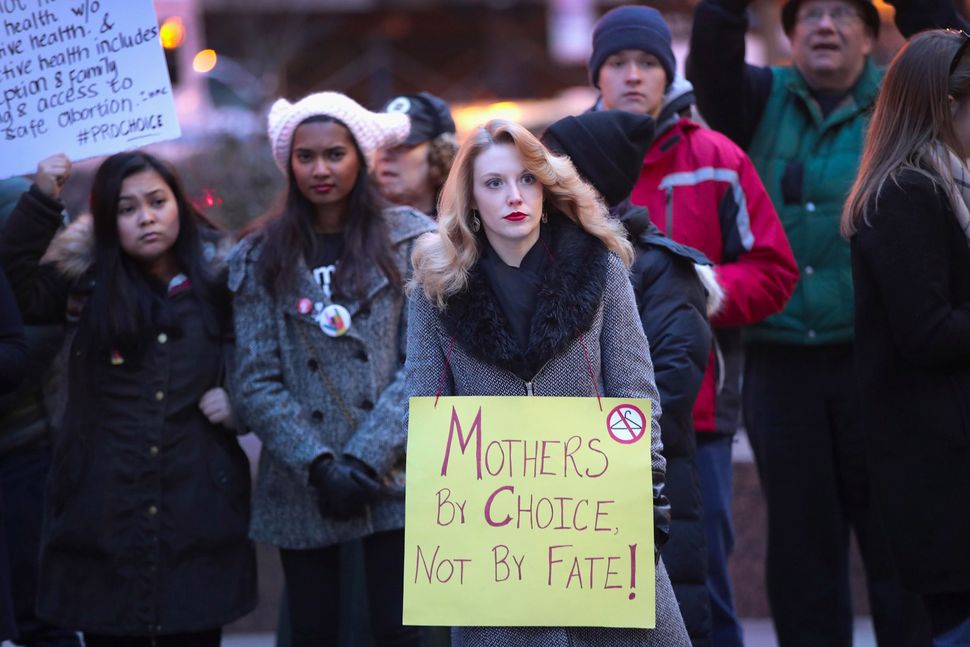 When I had my first child, I learned how to be a mother with chronic pain. The learning curve was so steep that my husband and I adjusted our expectations: instead of having two children, as we always assumed we would, this would be our only child. But after a few years, and an operation that successfully treated one aspect of my pain, we began talking about whether we should try to have a second child. After months of discussion, we decided to go for it. At the same time, I began a wide range of new pain treatments.

Months into this new regimen, I found out I was pregnant. And for 36 hours, my husband and I were dazed and giddy – until we crashed back to earth when I realized that I was still in too much pain to even push a baby stroller. I still couldn’t lift any object over ten pounds and lacked the fine motor skills to change a diaper; my “good days” were still the ones where I made it all the way to our child’s bedtime before collapsing in pain. Becoming a parent had caused my health to decline, and my pain to rise, to levels that had previously been unimaginable.

Was there a way, my husband and I wondered, that I could safely continue this pregnancy and also keep the pain under control? My pain specialist and a high-risk pregnancy specialist had the same answer to that question: The best approach would be for me to take a low, daily dose of oxycontin for the remaining eight months of my pregnancy. This clearly wasn’t an ideal solution, but given the particulars of my condition, it was the only realistic one from a medical perspective.

I wasn’t comfortable with what being on an addictive drug for that long could do to either a developing fetus or me. But the alternative – not being able to adequately manage my pain for almost a year – wasn’t a viable option, either. My child deserved a mother that could be fully present, not crippled with pain or constantly taking a potent drug; the rest of my family deserved that, too. Most of all, I deserved that.

That certainty made having an abortion the right decision for me, but that does not mean it was an easy one. During the handful of days that elapsed between the first doctor’s appointment and the abortion, I thought about nothing else. I spent hours talking with my husband, best friend, and parents, examining every angle of the situation in case there was something we had missed. My father, a retired physician, gently put an end to that frenzied search: he concurred with the specialists’ assessments and then told me, his voice full of sadness, that termination was the only ethical decision.

Having an abortion as a mother is far from unusual: 59% of all women seeking abortion services in the U.S. have given birth before. I knew this statistic before I had my abortion; but afterwards, it took on a new significance. I had joined a sisterhood of women that had chosen to do what was best for themselves, their children, and their families. And while I wished I hadn’t had to join that sisterhood, I drew strength from knowing it was there, the same way that I drew comfort when my mother told me about friends of hers that had had abortions after they were already mothers, and mothers I knew shared their own stories with me.

But I fear for all of the women that might have more harrowing stories in the future, stories that involve curtailed options and increased societal stigma. The Trump administration has moved quickly to curtail access to affordable and comprehensive healthcare that includes abortion care. Last month, President Trump signed a law that gives states the ability to withhold funding for Planned Parenthood and other abortion providers. These actions make it terrifyingly clear that the needs of women and the recommendations of their physicians will continue to be subverted due to political ideology.

Shortly after my abortion, my family went to a Shabbat service at our synagogue. Towards the end of the service, the rabbi invited all those that wished to to join her in saying the kaddish, the Jewish prayer of mourning. I was among those that rose and began to chant the words. I wasn’t mourning my abortion; rather, I was mourning the brief glimpse my pregnancy had given me of an alternate life where I was strong and whole, and could be a mother to two children that would never suffer because of my health. When the prayer was over, I sat down next to my husband and looked at our child, full of gratitude at what I had chosen to keep.

Sarah Erdreich is the author of ‘Generation Roe: Inside the Future of the Pro-Choice Movement.’ She lives with her family in Washington, D.C.