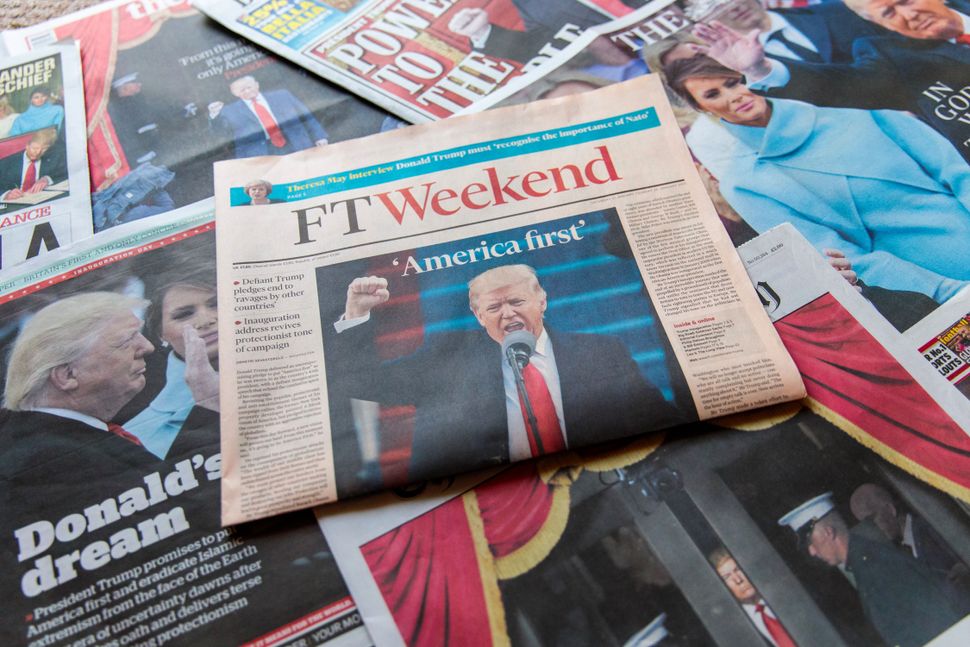 Did Trump change everything?

Like personal catastrophes, the election of Donald Trump and seems as if it ought to have inspired a kind of general reprioritization among his opponents. Forget all the nonsense you used to fuss about! With all that’s happening (and it’s a lot!), the time has come – or seems as if it should have come – to spontaneously give up our petty concerns and focus on the major issues of the day.

In a New Yorker piece that’s part reported story cheering on the decline of a subgenre, part ambivalent lament at that same subgenre’s demise, Jia Tolentino argues that since November, journalism, at least, has reprioritized: Confessional, low-stakes personal essays have, she writes, gone out of fashion. Or as she puts it (brilliantly, because Jia Tolentino): “No more lost-tampon essays, in other words, in the age of Donald Trump.”

I had come to a parallel conclusion in December, when I made the case (or maybe just hoped?) the arrival of a genuine political crisis spelled the end of smug grocery purchases. (“As the debate rages on […] whether safety pins should be worn in solidarity with immigrants and people of color, just think where one would have to rank the decision between organic kale and locally-grown chard.”)

And yet. Just as those facing personal tragedies do not magically hone in on what really matters in life, those of us living under Trump are perfectly capable of caring about the dire and the (relatively) trivial. Food-movement think-pieces? Still a thing! Just yesterday, a piece (well, a book excerpt, so likely written earlier) appeared, chastising Americans (and, in particular, a random woman who happened to be in front of the author at the grocery store checkout) for choosing low-fat, high-sugar foods, and urging us to be more like the French in our eating habits.

And online personal essays? Are they really kaput? And if so, is that a good thing? The end of ingredient fetishism – if it were to transpire – would be wonderful, as far as I’m concerned. But the end of essays by unknowns, and on seemingly frivolous topics?

While Tolentino’s piece’s headline (which is also a quote from the article), “The Personal-Essay Boom Is Over,” hints at a potentially all-encompassing demise, her article isn’t about autobiographical writing in its entirety, but rather the heyday of a clickbait version thereof, one rooted in the potentially fruitful, potentially exploitative combination of a writer’s quest for catharsis and an editor’s need for provocative content. She spells out that the personal essay lives on, both on more highbrow websites, and via established writers’ newsletters. But citing the demise or redirection of publications that used to feature the less… literary personal essays, she makes a strong case that they’re on their way out.

And good riddance, it’s tempting to say: The archetypical author of the sort of essay Tolentino’s talking about is, as one or two writers have mentioned on Twitter, a young, well-off white, and not necessarily full of innovative insights worthy of a reader’s time. Privileged! one might say, and goodness knows plenty of personal essayists have confessed to theirs. (Privileged, and maybe even – as in today’s parody – a bit… basic.)

But these writers (who often get the qualification ‘aspiring’) are also, in other ways, marginalized: they’re generally woman, but more specifically, women whose route to publishing is to share (for little or no money) private stories that could upset their friends and families and render them less employable, less appealing to future friends and partners. If you’re someone with an existing platform, you’re unlikely to take on topics like “relationships, self-image, intimate struggle,” let alone travails involving menstrual hygiene products. I’m reminded of Ruth Whippman’s insight: “You can safely assume that if an activity is described as ‘empowering,’ no one in any actual position of authority will be going anywhere near it.”

We can and should talk about the sexism in how writing gets classified, with men getting to narrate their lives without the pejorative application of ‘confessional.’ But there’s also, unavoidably, sexism inherent in which writers get placed on which track. If you’re led to believe you must share your personal life in order to have a byline – and if you hear this despite expertise in areas other than your own biography, or in spite of being a fiction writer who never set out to write about herself in the first place – that’s… not great? (Seems as good a place as any to remind that Sisterhood submissions can be personal essays but can also be book reviews, interviews, opinion commentary, and more.)

If what we’re witnessing is the end of a specific, exploitative version of personal writing, that’s great! If, however, this is about subjects like romance and emotion, family and illness, being off-limits because Trump, or about a new necessity to tell such stories only in the context of a big-picture argument, that’s not a development I’d celebrate. Quite the contrary.

It’s possible both to defend personal writing on feminist (and literary!) grounds and to make a feminist case against a gender-based confessional obligation. And it’s necessary – yes, even under Trump – for some writing, autobiographical and fictional alike, to take on the sort of topics that lack “broader social relevance,” but that are central to our shared humanity.