Can a Personal Essay be Honest and Self-Aware? 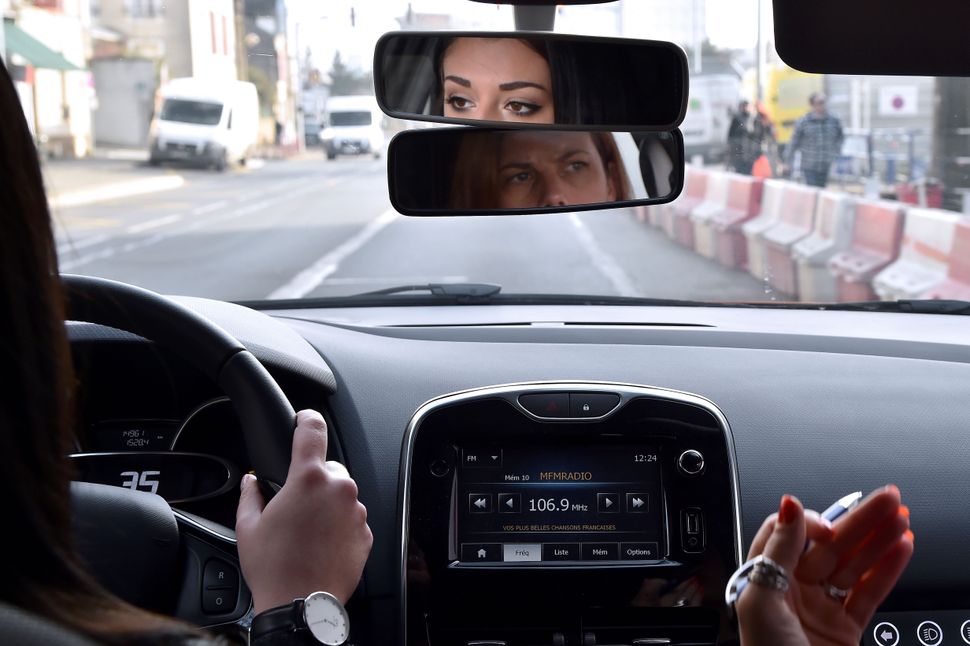 Or is it? What if those two goals are mutually exclusive? While a personal essay can be both of those things, and the great ones are both, something happens when the “honest” bit is given priority. When the risk an essay takes is entirely avoidable.

Back in 2012, I wrote my first Sisterhood post, as a freelancer, and it was about Leandra Medine’s Man Repeller blog. I’d lost track of the site over the years, but Man Repeller is still around. It now features a number of different writers, not just Medine, and is no longer solely focused on fashion. From a brief look around, it seems to be an intelligent site, more political than some of its peers. An impressive young Jewish woman doing interesting work.

Anyway, a recent personal essay of Medine’s has sparked understandable outrage, enough so that since I began drafting this post, she’s updated the piece to include a thoughtful apology message. In “The Problem with Social Media Announcements,” Medine explains that Beyoncé’s pregnancy announcement — the megastar is expecting twins — felt to Medine like “a curiously annoying reminder that I’m not pregnant.” Medine struggles with infertility and the Beyoncé news — which she (mistakenly; more on that in a moment) conflates with general social-media pregnancy announcements — set forth in her an extended musing on what it means to share good news, when after all, others are getting bad news, and… yeah. My interest here is not in telling Medine that she Got It Wrong, which it sounds like she now understands. It’s in a type of essay that lends itself to that result.

The response to Medine’s post — on Twitter, in the Man Repeller comments — has been quite negative, including (and this seems key) from women who are also dealing with infertility. The backlash can partly be attributed to fandom, but alas, not entirely. The Beyoncé announcement was a cultural event with political significance; that, say, a college roommate is pregnant is not. As one commenter put it: “The announcement isn’t about you. It’s about black pain, joy, and rebirth.” Indeed, given the timing, the announcement has been widely interpreted as a message of hope from a talented, powerful, and beautiful black woman, at a time when many Americans, women and people of color especially, are desperate for uplifting news. It was, as the industry parlance has it, a Bad Take.

To be self-aware is to be conscious of how others see you, and to adjust your behavior accordingly. This isn’t phoniness but good manners. And it very specifically involves not letting your raw emotions, your visceral first reactions, determine your actions, or even your private interpretation of events. There’s a zone in which we’re allowed to just feel, and where such questions as whether a thin, well-dressed, married, generally fortunate lifestyle blogger is in any position to chastise others for sharing their good luck online is altogether irrelevant. Raw feelings, by definition, lack perspective. They don’t take into account what a particular response might make you come across as because you’re not, well, coming across.

It’s easy to say, in an abstract sense, that there ought to be more open discussion about difficult, private topics. And what could be more difficult and private than an infertile woman’s reaction to another woman’s pregnancy announcement? That’s the sort of essay I want to be able to cover here with enthusiasm, not a head-shaking cringe. Couldn’t she have left out the Beyoncé angle, even if that particular pregnancy announcement happened to be trending? (Once again, Medine now appears to realize that this would have been the way to go.)

What this bad-take warning story tells us (among other things; there are like 500 women’s-journalism-specific lessons I don’t have room to go into here) is that openness isn’t binary. There’s feeling your feelings. There’s speaking with close friends. There’s therapy. And then there’s channeling your feelings into a Beyoncé take. There’s a type of personal-essay openness that’s brave, taboo-shattering, and — yes — self-aware. It tends to result from time taken to process feelings, or from focusing on experiences rather than feelings in the first place. Then there’s the type that’s risky, yes, but not in a helpful way, and winds up being hurtful to many, including, in a roundabout way, the author herself.

Can a Personal Essay be Honest and Self-Aware?