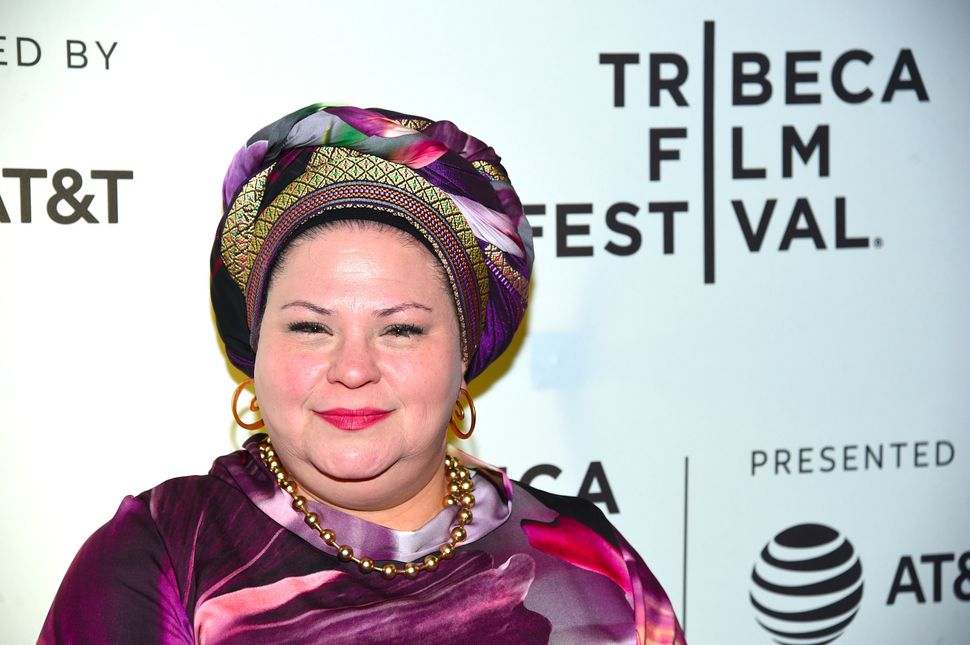 It’s spring, and your calendar might be filling with wedding invitations. Or maybe you’re planning your own wedding, and/or discovering that you dislike weddings and the myriad pressures they can bring. Whatever you’re feeling about wedding ceremonies, or romantic love altogether, Israeli director Rama Burshtein’s poignant, funny, and beautifully heartfelt second feature, “The Wedding Plan,” has something to say to you.

At the film’s center is Michal, an Israeli woman in her early 30s and an Orthodox Jew — far more observant than her mother and sisters. She has loving circle of family and friends, but she is tired of being unmarried and well aware that, within the Orthodox community, she’s old to be single.

As the film begins, Michal does become engaged — only to be dumped by her fiancé a month before the wedding.

Rather than abandoning her plans, Michal chooses to believe that God will provide her a partner by the chosen date. The wedding arrangements are coming together — all she needs is the groom.

Here are five reasons why “The Wedding Plan” is a must-see:

1) Rama Burshtein’s has a love-drenched vision. Born in New York, Burshtein moved to Israel with her family as a baby. Like Michal, Burshtein became Orthodox in her 20s; she’s the first ultra-Orthodox female director to make films for the general population. “The Wedding Plan” is distinctly openhearted — from the gentle care that Michal gives to animals (she runs a traveling petting zoo) to the tender moments that crop up between strangers, helping to ease life’s disappointments. At a Q&A following a screening at last month’s Tribeca Film Festival, Burshtein said, “[The film is] about never giving up and believing that everything’s possible. But people don’t always buy this thinking. I went with that challenge.”

2) Noa Koler is radiant as Michal. The film could not work as it does without the combination of humor, frankness, intelligence, hope, and emotional exhaustion Koler brings to the screen. Her face (which reminds me at moments of the late, beloved Gilda Radner’s) is one we never get tired of watching.

3) It challenges us to consider what faith means. In her search for marriage within the strictest of timelines, Michal is approaching faith as a kind of spiritual vending machine: insert religious devotion, request back a highly specific outcome. Some of the film’s characters complain that she is trying to tell God what to do. Others fear that if she doesn’t get exactly what she has requested, her faith will be shattered. What are we allowed to ask of God? The film sparks examination of this question.

4) It’s a film about wanting to marry a man that still celebrates women. Yes, the plot revolves around a search for a husband, but the female characters are the film’s heart — passionate, perceptive, determined, and strong. Michal’s father is not in the movie at all; but her mother (Irit Sheleg), committed to protecting her daughter even when exasperated by her, is a revelation. When a female friend betrays Michal over a man, the friend is the one Michal eventually forgives and reclaims.

5) It tears down cultural walls. After the Tribeca screening, I was talking with the woman next to me (from Utah and, I confirmed, not Jewish) about Michal’s experiences — we discussed her as if she were our sister. The film takes Orthodox characters and presents them in a way that everyone can relate to, removing barriers of insularity. Furthermore, when asked at the Tribeca Q&A about what makes a good relationship, Burshtein had advice that might help anyone. “Everyone is so concerned about what other options they have,” she said. “Once you’ve decided, forget about the imaginary options. Commit to this person—and start working.”