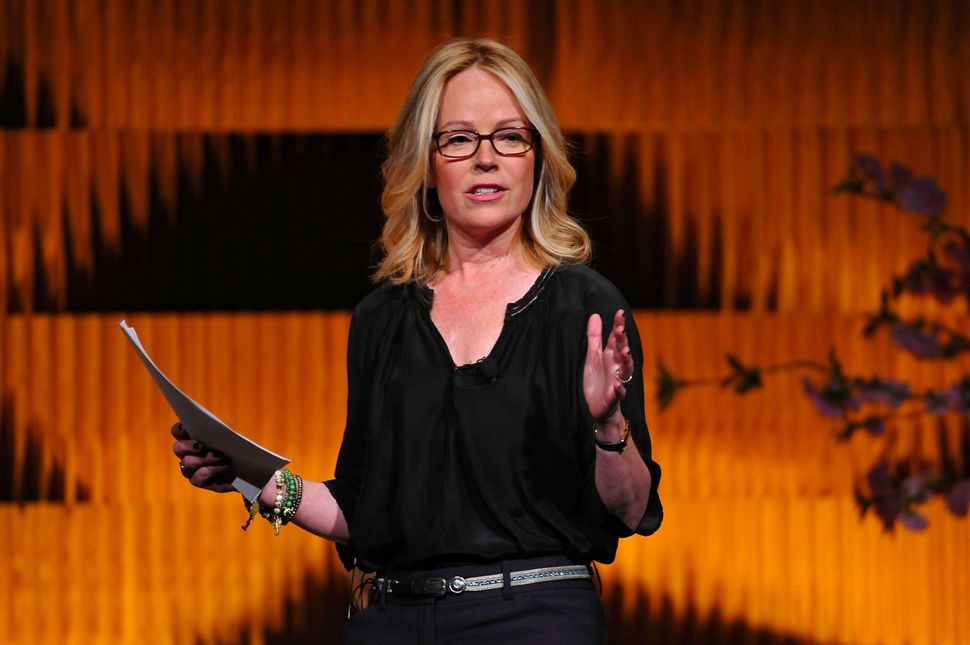 “Hourglass: Time, Memory, Marriage” is Dani Shapiro’s retrospective, deeply meditative account of her 18-year marriage to her husband, whom she simply calls M. Told in poetic fragments, the book shuffles chronology as easily as a deck of cards. It also deftly intersperses entries from the journal Shapiro kept on her honeymoon with quotes from various writers and thinkers such as Joan Didion, Wendell Berry and her mentor Grace Paley. Part of Shapiro’s genius lies in her portrayal of the fissures that develop in a long marriage and how they are an inevitable, even poignant part of a love story.

You’ve written two memoirs before Hourglass. What made you want to write about your marriage?

I asked myself that question a thousand times as I was writing “Hourglass.” It is definitely the scariest book I have ever written. I also believe as a writer that we don’t choose the books we write – the books choose us. I wanted to explore what it meant to have a partnership with someone over time. That left me with two options as a writer – I could write the story as fiction or memoir. I had been working on an essay about time and memory. When I finished it I realized that the center of the essay was about marriage. I needed to write about marriage in the larger, more universal sense. To do that, I had to go inside my own marriage and deal with it in memoir.

Why do think you are an “accidental memoirist?”

I never expected to write so many memoirs. I wrote “Slow Motion” almost as a curative. I had already written three novels by the time I started it. But the story of my upbringing, my parents’ car accident, and the way that pain and tragedy transformed the story of my life haunted me. I understood the only way to tell that story was through memoir. After I finished my novel “Black and White” in 2007, I was waiting for the next novel to materialize and what appeared was another memoir, “Devotion.”

I think I wrote three memoirs because I see the genre not as telling the defining story of a life, but as telling the story of a chapter of a life. All of our lives contain so many stories. Why would someone write one definitive memoir of his or her life? In writing “Hourglass” I was solely focused on marriage and time. That was the container for this very slim delicate book. Nothing else belonged in there.

What surprised you the most in writing this memoir?

There is a moment early in the book when my husband turns to me about some pesky household thing and says, “I’ll take care of it.” I write that this is the part of our marriage I always loved and one that I always longed to believe in. It becomes a refrain in the book. Later on during a moment in which things are difficult for M – he’s struggling with his career and a disappointment he’s just had – I watch him as he sleeps and I think, “I’ll take care of it.” I understood in that instant both something about my book, my marriage and about marriage itself – that sense in a long partnership of passing back and forth the capacity at any given time to be the one who is holding things and taking care of them.

There is another moment in the book you telegraph hineini – I am here – to your slumbering husband. What are some of the other hineini moments for you in this book?

The whole book felt like hineini to me. I was weaving such a delicate, gossamer web in the writing, and the arranging and the interlacing of these passages. As I was writing, all of my selves from different periods of my life were in the room with me saying, “Here I am.” It was a feeling of tremendous presence and also one of sacredness as I wrote about a marriage from inside of it. To write from a happy, contented place but one that also contains within it anxiety, disappointment, worry – things that any relationship contains – was part of a high wire act. I wanted to tell the truth and I wanted to be mindful in a way that didn’t betray “us.” It’s no surprise and no accident that the word hineini materialized in the book. It is an important word to me spiritually. It conveys this idea of whole-hearted presence.

This interview has been edited for clarity.

Judy Bolton has written about Jewish arts and culture for two decades. She is the culture reporter for JewishBoston.com