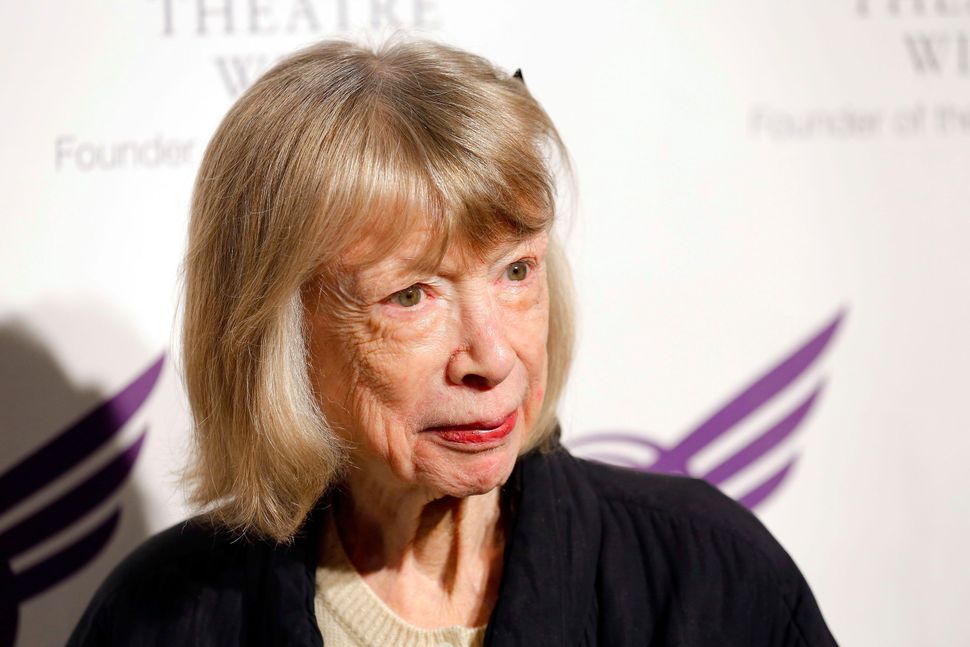 All too often, a field filled with women, Jews, gay men and lesbians and people of color winds up (like teaching and nursing) marginalized.

Tolentino, 28, a newyorker.com contributing writer, worked at Hairpin and at Jezebel for three years, from 2013 to 2016. There she wrote and printed the kind of “too personal” “insignificant” personal essays her 1,900-word screed is now trashing. Yet the “ultra-confessional” personal essay “boom” by unknown writers that she addresses negatively did not start, as her piece asserts, in 2008, it wasn’t a “boom,” and it didn’t fade when she switched gigs. Moving on to higher-brow lit-crit doesn’t necessitate her about-face, especially when her semantic argument is myopic and disingenuous, ironically in The New Yorker — launcher of countless memoirs, essay collections and the franchise of David Sedaris. Tolentino’s piece is doing what she’s criticizing: “inciting outrage” by giving voice “to horrible, uncharitable thoughts” for a splashy byline, a paycheck and clickbait. Tolentino briefly mentions the real talk of the town this month, The Atlantic’s fascinating personal essay cover story, “My Family’s Slave,” by Alex Tizon, but points out its “backlash” instead of its significance.

As a feminist, memoirist and writing professor with successful students, I wish younger women would have more awareness and less condescension for the revelations of their rising star sisters. White men with big books and bylines get exalted, while smart, witty authors like Emily Gould and my former student Cat Marnell get bashed for their ambition and acclaim. Why is Marnell’s dazzling addiction memoir “How To Murder Your Life” (Simon & Schuster) such a target? Is it uncouth for a woman to admit to wild adventures without proper repentance while making good money? That’s something addiction authors Bill Clegg, Augusten Burroughs, Jerry Stahl and Peter Hamill were never criticized for.

Luckily, first-person writing remains democratic. To be well published you need only three original, exciting pages. You don’t need money, a white penis, a college degree, a cute young body or media connections. Diverse talent is rampant among my New School students, and the personal can still be political, relevant and poignant in the repressive time of the anti-immigrant, anti-abortion Trump and Pence. Two women I teach explored recently their Asian roots, leading to first clips on The New York Times website. An African-American army wife with an autistic child detailed her struggles in Dame, Ebony, Yahoo and The Washington Post. A Muslim who survived ethnic cleansing has chronicled being a refugee in Slate, Salon, Newsday and Esquire. A girl from Guatemala with an eye disease just had her first clip in The Wall Street Journal. A trans pupil published a poetic series in Teen Vogue. Beautiful memoirs taking on abortion and college rape were launched in the Modern Love column, the most popular feature in The New York Times for a decade, along with 50 other books, a podcast and an upcoming movie.

While Tolentino and others espouse the simplistic, paternalistic view that women mining their intimate lives in public could be somehow exploitative and exploited, I quote Nora Ephron, “Everything’s copy,” and try to emulate her grace and sense of humor. I always found revealing secrets in print cathartic and liberating, repeating my shrink’s mantra that to stay healthy, you should “lead your least secretive life.” Indeed, I owe the career my conservative Midwest family hates to this form. I was originally compelled by this so-called 2008 “first-person industrial complex boom” decades before, as I devoured the audacious confessional poetry of Sylvia Plath, Anne Sexton, Ted Hughes, Robert Lowell and Nikki Giovanni in the staid Michigan Jewburbs in the ’60s. Getting my Master of Fine Arts at New York University in 1981, I noticed that one could turn poetry subjects into essays and books (like the brilliant Mary Karr, Carol Muske-Dukes, and Katha Pollitt). After working at The New Yorker for four years, I wrote for The New York Times’ Lives and Hers columns, Newsweek’s “My Turn,” Cosmopolitan’s “Outrageous Opinion,” along with Glamour, New Woman and Marie Claire, which, at the time, paid $1,000 or more.

Tolentino attributes the shifting essay market to politics (a response to Trump’s election) but as her own piece demonstrates, it’s economics. She quotes former Salon editor Sarah Hepola saying the personal essay “boom” of her day was motivated by an online climate where content was needed and budgets were slashed. Yes, after Apple’s iTunes destroyed the feasibility of music albums, the internet devalued paper tomes with e-books, which hurt print. Cheaper shorter faster online essay versions did proliferate, along with internet trolls and pop-up ads. Instead of 1,600-word, $1,600 carefully curated pieces from Jane magazine, suddenly xoJane paid $25 or $50 for quick takes, many silly, which I blame on editors (who are, after all, our bosses) and on the higher-ups in charge, desperate to keep their businesses afloat. I didn’t love all the Tampax and cat-hair pieces or prompts from Hearst’s The Mix. Yet it seemed a worthy experiment since it gave young writers I knew clips, exposure, and literary agents. Cream rose, as always.

Gawker, xoJane, BuzzFeed, Hairpin and Jezebel never represented an essay “boom,” it was barely a blip on the radar, ephemeral insignificant modern conduits of an often-sacred art. It’s like moaning that “the novel is dead,” citing Harlequin romances of the 1990s. Top national newspapers, women’s magazines and Jewish publications such as the Forward pay for and run vital, passionate, provocative personal essays daily, as do Salon and The New Yorker. Everyone enjoys trashing confessional writing, forgetting they read and buy it constantly. Worth mourning are print editions of Self, More, Mademoiselle, New Woman, Ladies Home Journal and New York Press, among others. Tolentino’s piece lacks perspective on the important populist style of slave narratives, Holocaust testimonials, war confessions, and writers like Mark Twain, Simone de Beauvoir and Maya Angelou.

I agree with essayist Phillip Lopate: “The problem with confessional writing in this country is that people don’t confess enough.” His astute overview, “The Art of the Personal Essay,” (Anchor, 1995) crowns Seneca the Younger (circa C.E. 3-65) as personal essay originator. “Words are so over,” a Facebook friend joked. Let’s hold off decreeing the death of writing categories, especially platforms that spotlight women and minorities , and train more talented editors. The genre is flourishing. The question, as in any art form or profession, is: how to make it better.

Susan Shapiro is a New School professor who teaches personal essay writing and is the New York Times best-selling author/co-author of 10 books including “Unhooked,” “The Bosnia List” and the recent novel “What’s Never Said.” You can follow her on Twitter, @susanshapiro.net