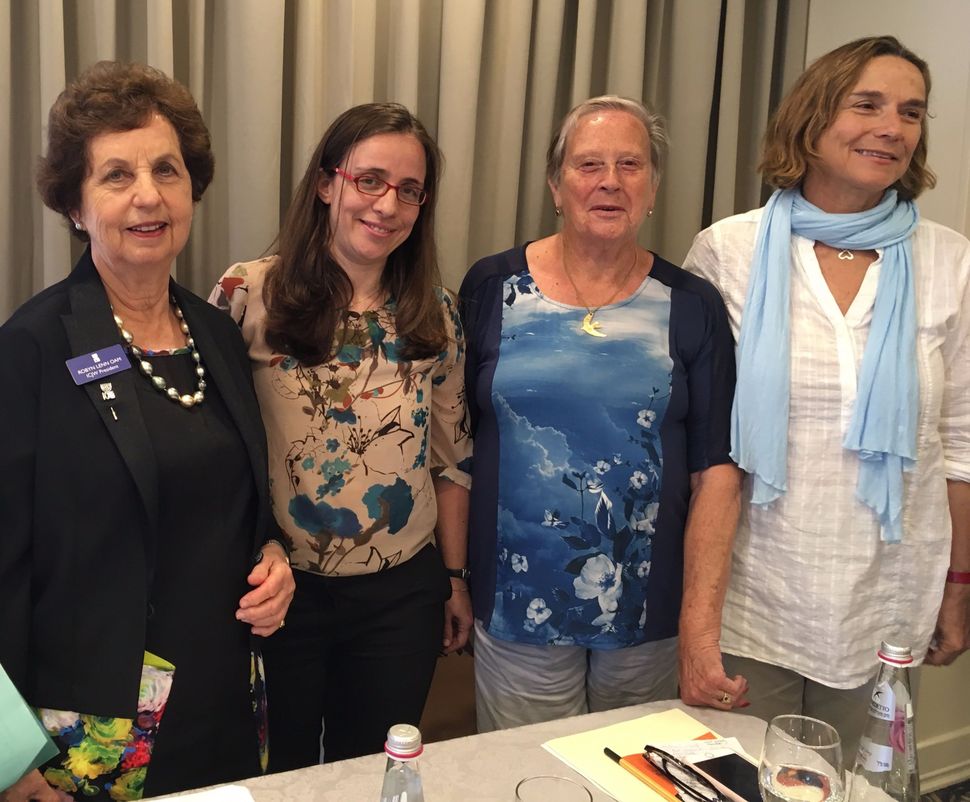 Wonder Woman Gal Gadot may be the Israeli superhero du jour, but radical empowerment is far from reality for many Israeli women. Out of 256 municipal councils in Israel, just six are headed by a woman mayor. Overall, a mere 15 percent of municipal council members are women, and dozens of councils have no women members at all. While the number of women Members of Knesset is at a record high —thirty-three — the current Israeli government cabinet includes just four women ministers. Ultra-Orthodox parties in the Knesset, including Degel Ha-Torah and Agudat Yisrael, bar women from their electoral lists, so these parties have no female Members of Knesset at all.

That’s a situation that Itach-Maaki: Women Lawyers for Social Justice is striving to change. Itach-Maaki, whose name means “With You” in Hebrew and Arabic, is an Arab-Jewish non-profit working to increase the representation of women at all levels in Israeli society. “Our main focus is to raise the voices of women who are not being heard at all, meaning the voices of marginalized women in Israel,” says Itach-Maaki executive director Anat Thon-Ashkenazy. “They are not being represented in the Knesset, in the parliament, in the government, and in fact they are not being heard in the public sphere.”

Thon-Ashkenazy, a lawyer specializing in gender discrimination, was speaking in May in Tel Aviv at the Herczeg Seminar for Jewish Education, organized by the International Council for Jewish Women (ICJW) and attended by 70 women community leaders from sixteen countries. At a session entitled, “How Can Women Affect the Peace Process?” she and her fellow speakers (Roni Keidar of Other Voice for a Civilian Solution to the Conflict, and Angela Yantian of Women Wage Peace) argued that listening to the voices of diverse women in Israel—Arab, ultra-Orthodox, Ethiopian and others—is vital for a peaceful, just, and civil society to thrive.

Itach-Maaki’s mission is buttressed by current Israeli law: The Equality of Women’s Rights Law of 2005. That law was passed in the wake of Israel’s ratification of UN Security Council Resolution 1325, adopted by the UN Security Council in 2000, which urges member states to “ensure increased representation of women at all decision-making levels in national, regional and international institutions.” The Equality of Women’s Rights Law law mandates “the inclusion of diverse women to public bodies established by the government on issues of national importance, including peace negotiations.”

Implementation of the law is no easy task. Itach-Maaki has submitted seven petitions to government agencies in order to have them enforce the law, with modest success: women’s participation in such agencies has increased from 10 percent to 30 percent in the last five years. Itach-Maaki is also part of a coalition of women’s organizations that have petitioned the High Court of Justice to force Ultra-Orthodox political parties to include women among their members. In October 2016, the court ordered Agudat Yisrael to justify a section of its by-laws that bans women.

Israel is hardly alone in its exclusion of women from the public sphere, especially with regard to security concerns. A United Nations study of 31 major peace processes between 1992 and 2011 showed that just four percent of signatories and 2.4 percent of chief mediators are women.

The need for women at the negotiating table is vital, says Thon-Ashkenazy: “The fact that Israel is part of a continuing armed conflict situation directly harms women.” Women are not just victims of political violence, but they are also victims of domestic and sexual violence — often exacerbated in the midst or in the wake of war. In Israel, she says, the prevailing view of security is of “the army, the security of the nation, the security of the state.” But for women, “we need to be secure at home, we need economic security. We need to bring our notion of security into the peace process.” It may not be the stuff of Hollywood fantasy, but the flight for justice, peace and equal representation for women in Israel truly is a heroic battle.

Josie Glausiusz is a journalist who writes about science and the environment for magazines including Nature, National Geographic, Haaretz and Hakai. Follow her on Twitter, @josiegz