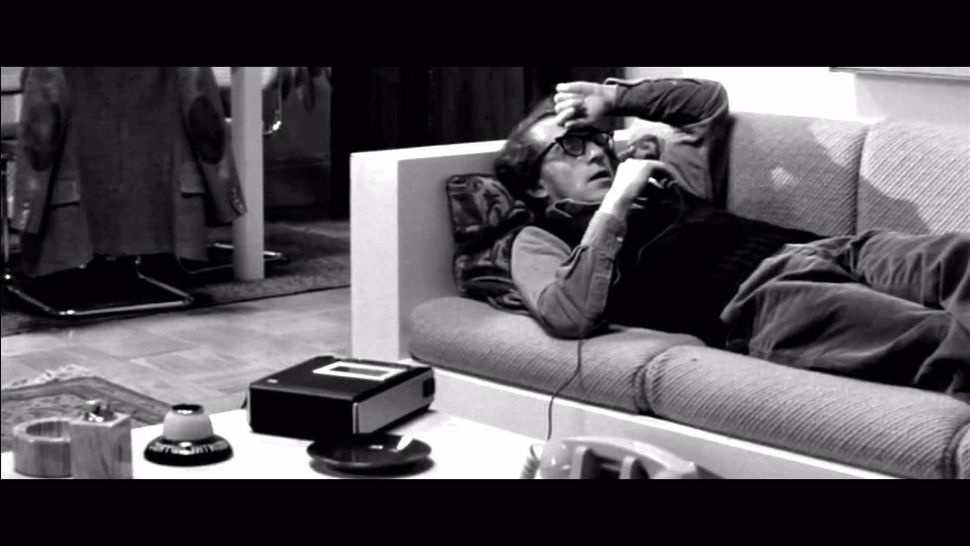 Woody Allen in “Things Worth Living For” Image by youtube

A recent study by the Partnerships for Jewish Schools found that over 80 percent of Jewish schools have reported a rise in mental health issues among students in the past few years.

Yet, while it is commonly believed that Jews and therapy go together like lox and bagels (partially thanks to Woody Allen), that is not the case across the board. While our tribe has been instrumental in the field of psychology, and the Jewish community is often perceived as practically owning a copyright on neuroses, many remain reluctant to seek help and/ or uncomfortable at handling emotional issues in loved ones.

Our predilection for regarding mental illness as a punishment, something to be feared and stigmatized has biblical roots…perhaps even literally. In Deuteronomy, Moses warns his followers that if they “will not obey the voice of the Lord … the Lord will smite you with madness and confusion of mind.”

Old beliefs die hard, after all.

“There is a misconception in the Jewish community that people with mental illness are sick or dangerous,” says therapist Kimberly Hershenson. Hershenson, who is Jewish and treats a Jewish clientele, believes that many potential patients are afraid that going to therapy will make them appear vulnerable. “Individuals are often taught to be self-sufficient, work hard and not show weakness.” It’s not surprising, then, that many Jews with a mental health diagnosis raised with this mindset feel shame and guilt about their illness, thus resist going to therapy.

It took years for Linda Naomi Baron Katz, 48, and author of the memoir Surviving Mental Illness: My Story, to overcome her early conditioning. Modern Orthodox and living in Queens, she grew up with a deeply depressed mother and the directive that it would be a ‘shonda’ to share what was happening at home with anyone. Baron Katz’s sister Susan took that dictum to heart – enduring six stints in psychiatric hospitals, and to this day, still will not admit that she suffers from bipolar disorder.

While nervous about being ostracized, Baron Katz came out of the mental illness closet a few years after being diagnosed with bipolar disorder at age 24. She began seeing a therapist and taking psych meds. “I joined NAMI (National Alliance on Mental Illness) in Western Queens. My name was listed as a member and my father said to me, ‘Why did you do that? Now everyone will know.’”

Yet that was exactly her goal. Today, Baron-Katz proudly advocates for mental health awareness in the Orthodox community, chairing events in synagogues aimed at helping people gain comfort with talking about their psychiatric disabilities. After an initial reluctance (more early conditioning) to date someone who had psychiatric issues, she met her husband of 15 years through a social group for people with mental illness.

The message for those who are single and looking is often: Matchmaker, matchmaker, make me a match – unless he or she has gone to therapy.

Sharon Rosenblatt, 29 and a New York communications director for a tech company shares, “A Jewish matchmaker asked me if I’d ever been in counseling or if I was willing to date someone who had.” To her chagrin, Rosenblatt found similar questions on popular dating websites like JWed, Frumster and Saw You at Sinai.

“This is so off-putting. Jews should be advocating, be proud of who you are, not, you will only be matched with someone who also has a ‘disability’,” she says, having herself been diagnosed with PTSD. “I have so many great things going for me: I’m employed; I love running; I have great friends… Why does this one thing define me? It’s against the law to ask outright about someone’s mental health.”

A major reason some Jewish dating websites put a premium on ferreting out singles with emotional troubles is the expectation that dating leads to marriage and children – hopefully offspring of mentally healthy stock. Indeed, a friend of Rosenblatt’s who filled out an application for Jewish egg donors believes she was rejected because on question 23, she confessed to having depression in her twenties.

Naturally, a major influence for those in the Orthodox community may be spiritual guidance received from their rabbis.

Rabbi Shlomo Slatkin says that the reluctance of some Jewish leaders to recommend therapy to their community members “stems from a fear that psychologists would insert their own values – values that might conflict with religious values – into the therapy session. It’s not good therapy practice, but it does happen that an outside therapist will encourage divorce or consider ritual hand washing to be the result of OCD, rather than dietary custom.”

He believes in the last 20 to 30 years, especially with cultural diversity classes being baked into social work school curriculums, that the Orthodox Jewish community is becoming increasingly open to therapy. “And with insular communities often more comfortable with someone of their faith, it helps that more Orthodox people are training to be mental health professionals. It’s becoming part of the mainstream conversation.”