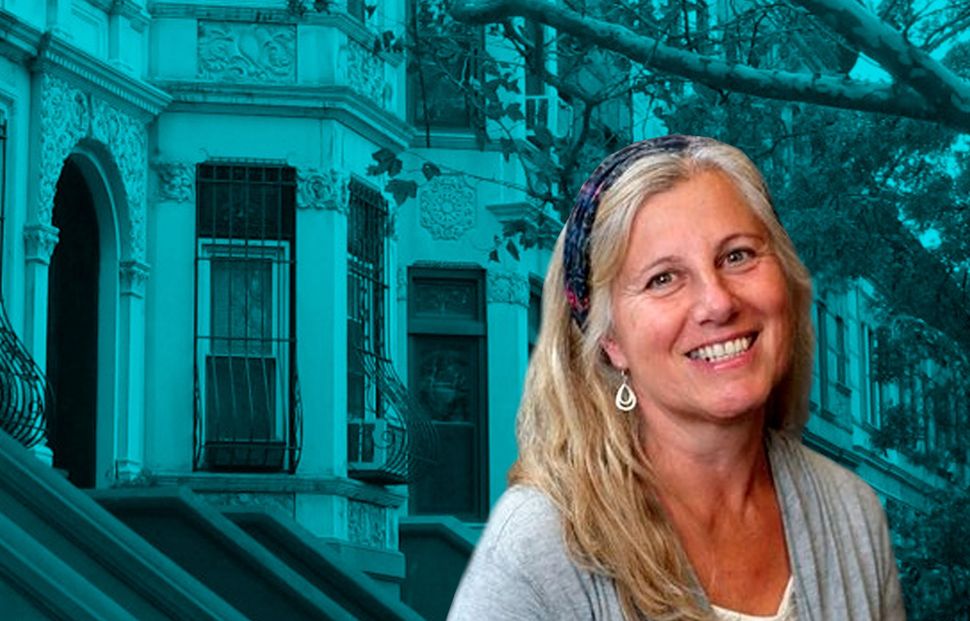 Michal Kohane is the new Rosh Kehila of the Prospect Heights Shul. Image by Anya Ulinich

Meet Michal Kohane, the latest Maharat-in-training to be offered a pulpit in the Modern Orthodox Prospect Heights Shul in the heart of brownstone Brooklyn.

Kohane was recently announced as the new “Rosh Kehila,” head of the community, by the community rabbi Ysoscher Katz.

Born and raised in Israel, Kohane has had a leading role in the Jewish Community of Northern California. Her responsibilities ranged from working for the local federation to serving as an acting rabbi and educator.

“[At Prospect Heights Shul,] I will be doing many of the things any synagogue rabbi does,” Kohane said. “Right now, we’re preparing for the upcoming High Holidays, and we’ll have complete prayers, shofar blowing, sermons, many of which I will be giving. At the same time, I have not yet completed my studies at Yeshivat Maharat and am not a posek [decider of law], so I’m glad to be working with another rabbi on that.”

The synagogue had been looking for a part-time leader/rabbi, and sent a job notice to several schools, including Yeshivat Maharat, in the Riverdale sectin of the Bronx. “Michal’s Torah connects with people from every background,” synagogue president Noah Greenfield said . “Her gentle charisma attracted enormous crowds on her tryout Shabbat and will continue to attract new members and guests. Her thoughtful spirituality enthuses people on every side of the mechitza, or partition. She is a model of the Prophet Micah’s principle: ‘Walk humbly with your God.’ She leads with humility and grace. And people from every side of the political, cultural and religious spectrum were drawn to her teachings.”

Kohane grew up with a rich Jewish upbringing, and one where thinking out of the box is quite the family tradition. “My father was among the founders of the Masorti [Conservative] synagogue, “Moria,” in Haifa, Israel. As a teen, I was active in the Reform youth group, TeLeM. So, for as long as I can remember, shul and all related — spirituality, learning, the social aspects and of course arguing — was a major part of my life.”

Kohane’s diverse religious background allowed her to consider many Jewish communities, and she decided to go the path of Orthodoxy, she says. “As an adult, my personal choice, preference and comfort is with Modern Orthodoxy,” she said. “I love learning and have been involved in community leadership for a long time, so I kept looking for places to learn more. When it became possible for me to attend Yeshivat Maharat, which offers rigorous learning, I made the move.” 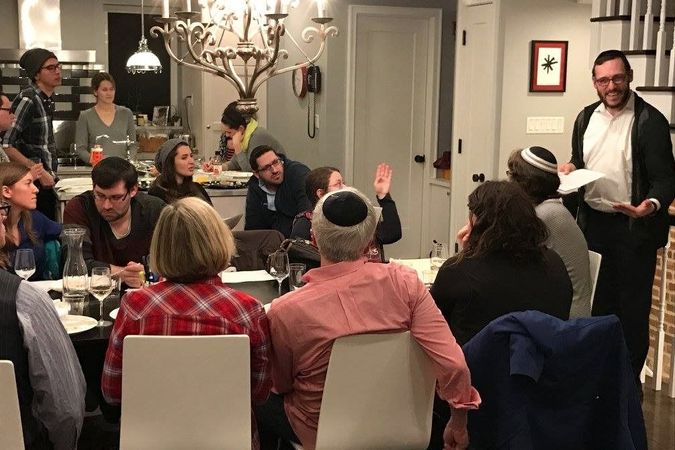 Young synagogue members gather for a lecture and dinner in Prospect Heights. Image by Noah Greenfield

The decision to hire a woman for the position was a debate, at first. “Many people in our shul thought that hiring a woman would be a plus — after all, we have had some extraordinary women spiritual leaders serve as congregational interns in the past and have benefited significantly from them,” Greenfield said. “But many others had serious concerns about it. But those concerns pretty much all vanished when we had the opportunity to meet Rosh Kehila Michal. No one in our shul wanted controversy or to make a statement. In the end, we chose someone whose qualifications were extraordinary and unmatched by anyone else we could have wanted to hire. But I have no doubt that her femininity — her torat imekha [literally, “Torah of one’s mother”] — will make her extraordinarily impactful on the hearts and mind of our community.”

Kohane encourages other women wishing to serve as leaders in their communities not to be daunted by the task awaiting them, even if it involves shattering some glass ceilings. “Start from wherever you are, and just go,” she said.

“The vast majority of millennials in our congregation and in Brooklyn are impatient for more women spiritual leaders,” Greenfield said. “They grew up with women on the Supreme Court and women running the country. It is no longer a question for them that women can lead their shuls and guide their spiritual lives.”

Masada Siegel is a writer living in Arizona. Her writing has appeared in The New York Times, The San Francisco Chronicle, Newsweek/The Daily Beast, The Jerusalem Post and The Toronto Star. Follow her on Twitter, @masadasiegel