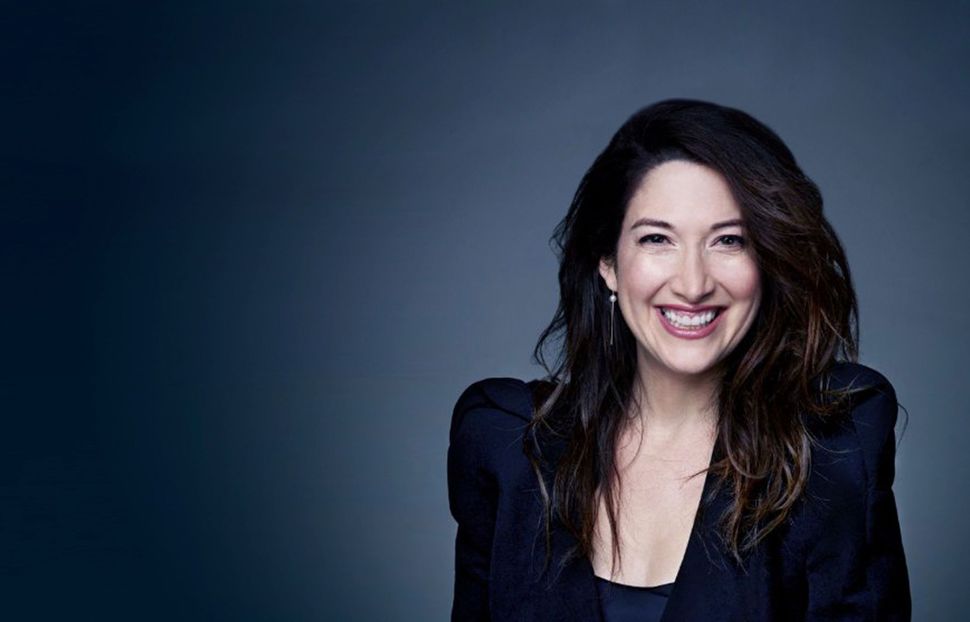 For parents who are struggling to prepare their kids for a tech-centered world while protecting them from becoming glazed-over iPhone addicts, Randi Zuckerberg seems like she’s figured out the right balance.

That’s all in addition to raising two kids in Manhattan and pursuing a side career as a Broadway singer in such productions as the 2014 ’80s musical “Rock of Ages.”

Since leaving Silicon Valley and opening shop in New York City, Zuckerberg has turned to exploring her deepest passions.

“Something that’s true of Jewish heritage in general is that when you have a mission statement for what you do, you get so excited to get out of bed every morning to do what you do,” she said.

Zuckerberg is most excited about giving kids and families the opportunity to fall in love with tech and science. She believes there aren’t enough children who have access and exposure to technology, science and STEM, and has designed her career around increasing that access in creative ways.

“So many tech jobs are open and unfilled. For me, that’s a big problem worth tackling,” Zuckerberg said. An early employee of Facebook, and elder sister to Mark Zuckerberg, she is pretty well-qualified to guide American families into the world of technology.

Her latest venture, Sue’s Tech Kitchen, is a family-friendly interactive cafe and tech playground for ages 6 and up that gives children the chance to code a video game, compose music, sample well-sourced food, and explore technology inspired by the world’s top minds in STEM research, gaming and education. To amplify her mission of increasing access to STEM for children who don’t interact with it very much, Zuckerberg chose to debut STK in Chattanooga, Tennessee, earlier this summer. Why Chattanooga? “It gives kids outside of places like New York City this opportunity. If their parents aren’t tech savvy, they’ll still have the chance to interact with this science.”

On the other end of the spectrum, in places where children do have access, families often struggle with the presence of too much technology at home. Children today are surrounded by smartphones, tablets, laptops, televisions screens and handheld video game consoles, and parents are often (and probably unfairly) criticized when they hand their kids an iPad to keep them quiet. Zuckerberg said it’s hard for parents to draw the line to keep them from being overly reliant on gadgets for entertainment. “It’s so different for every family,” Zuckerberg said. “I hear from families with kids on the autism spectrum that tech allows their kids to communicate with peers like nothing else. For them, tech is a savior.”

And gadgets don’t mean, necessarily, screens. Zuckerberg talks extensively about game beyond tablets: “Playing with robots, blocks, engineering concepts, even going outside on a sunny day and flying a drone. I don’t want parents to think screens are the only way to introduce kids to tech.”

Her work to encourage children to explore STEM is related to her passion for finding ways to support women in leadership roles. Encouraging female entrepreneurship, like her 2015 investment in Moxxly, a female-founded digital breast pump company, and pushing for increased women’s entry into the tech sector are a “huge part of what I do every day,” Zuckerberg said. “Some of the glaring gaps in the industry include a lack of gender diversity, which is why part of what I want to do is introduce all families to technology.

“I spent an entire decade in Silicon Valley as one of the only women in the room. I’d love nothing more than to see that change with the next generation. For me, that starts early, and programs like Girls Who Code are changing this. The problem is, girls start opting out of math and science around the third grade.”

With her broad social missions and jam-packed schedule, maintaining a healthy work-life balance has become a priority for Zuckerberg.

“I’ve always been a creator — I’ve always loved to dream up new things,” she said. “I’m completely unable to be creative when I’m glued to my phone, Instagram, LinkedIn messages. When you’re constantly connected to other people, you can’t unplug.” Zuckerberg takes an “unplugging break” every day by going to the gym, seeing a show or engaging in some other recreational or healthy activity. She teaches her children the importance of this “unplugged” time as well: “On weekends, we do a ‘digital Shabbat,’ where we turn everything off.”

“My Jewish identity is hugely important to me,” she said. “I remember going to Hebrew school and asking, ‘Why are we spending so much time studying the past?’ Now when I look at the tech industry, I see people only thinking about the future, asking what’s coming down the pipeline. It’s really important to study the past, which is not something I see many leaders doing. That’s where my Jewish heritage and religion come into play. Jews think about the roots of issues, and that’s something I think about in my business. I wish other leaders would think about it more, too.”

Liz Posner is a New York City-based editor and writer who focuses on feminism, education, religion, innovation and lifestyle for Forbes.com, BUST, Bustle, Refinery29, The Times of Israel and elsewhere. Follow her at @elizpos