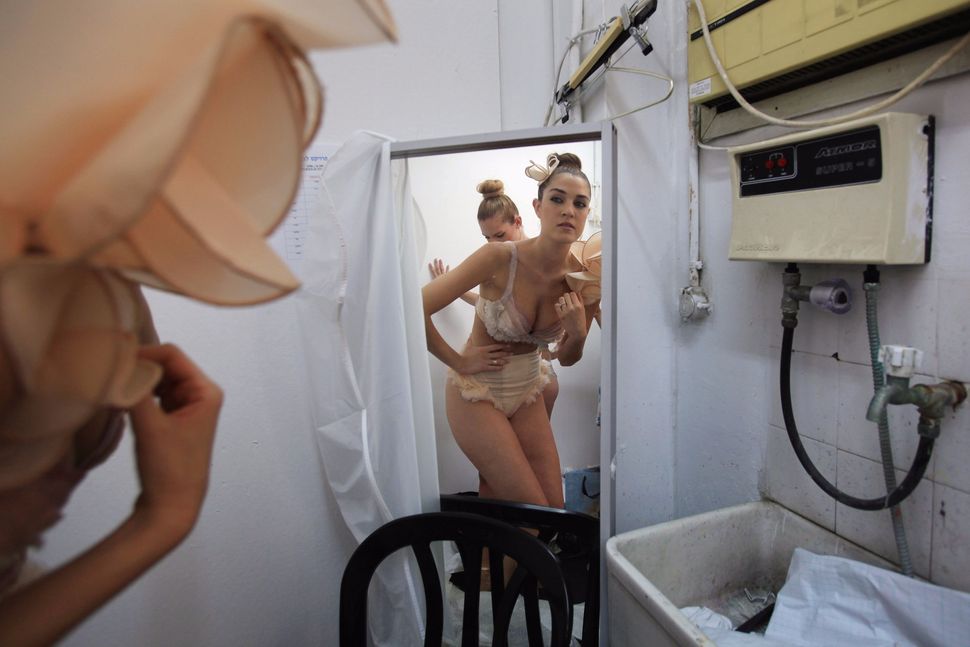 TEL AVIV (Reuters) – Israeli lawmakers want to tighten a ban on the employment of underweight models and on the undeclared digital slimming-down of fashion images, amid concern that the measures are being routinely flouted even as they are adopted abroad.

The fashion industry’s use of wafer-thin models has long been the subject of heated debate worldwide. Critics say the practice promotes an unhealthy body image among women, which can contribute to triggering anorexia and other eating disorders and a preoccupation with unrealistic measures of perfection.

Israel in 2012 became the first country to pass a law requiring advertisers explicitly to identify pictures with photoshopped people and prohibiting the use of models below a certain body mass index (BMI), a measure which expresses a ratio of weight to height.

Other countries including France, a hub of the fashion industry, have since followed Israel’s lead. But unlike Israel’s so-called ‘anti-photoshop’ law, French legislation that takes effect this month imposes fines and jail sentences on those who fail to comply.

“The problem with the Israeli law is that there’s no punishment,” said Israeli photographer Adi Barkan, who was consulted on both the Israeli and French legislation.

“So you continue using skinny girls and no one cares,” he said, in comments reinforced by a recent Israeli parliamentary report that revealed the ineffectiveness of the existing law.

“A LOT OF PRESSURE”

Israeli lawmaker Nurit Koran, with the backing of 42 other members of the Knesset, the country’s parliament, has now prepared a draft bill she hopes will rectify the shortcomings.

“The fashion industry needs to know (it can no longer ignore the law),” said Koran, who said she took up the cause after watching the daughter of a close friend struggle with anorexia.

The 2012 law, which prohibits the hiring of women and men for modeling jobs with a BMI of less than 18.5, says models must obtain a medical certificate confirming a normal BMI. Adverts shown in Israel must also clearly state whether they have used computer-editing techniques to airbrush or slim down models.

Under Koran’s proposed changes, state authorities would for the first time be able to fine agencies and others who flout the law and would require a doctor to see an applicant in person, not just “approve” their application over the telephone.

Her move coincides with an announcement by major global fashion firms, including Christian Dior and Gucci, that they will stop hiring underweight models for catwalks.

Yael Latzer, an eating disorder expert at Haifa University in northern Israel, said images of skinny and photoshopped models alone do not cause eating disorders.

“(But) young (people) always feel that something is wrong with them,” she said, adding that the media was “pulling the trigger” for those already genetically predisposed to eating disorder diseases such as anorexia.

Former Israeli supermodel Maayan Keret said she had developed an eating disorder after she “felt a lot of pressure from everyone” to continually lose weight. Now, having overcome the disease, she works to promote positive body images.

“The standards (women and girls) see everywhere of beauty are not natural,” Keret told Reuters. “They see those images. And they think that’s the way it should be.”