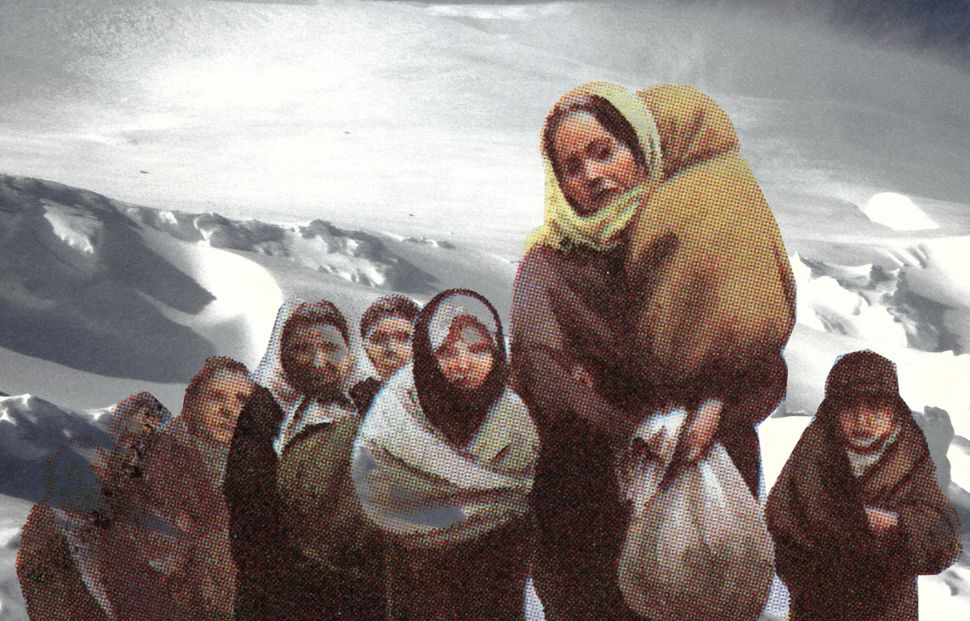 Mention Val d’Aran, a valley at the foot of the Pyrenees in Catalonia’s Lleida province, and most Spaniards think of winter.

Popular for its access to pistes of various difficulties, the valley is peppered with ski resorts that buzz as soon as the first snow appears on the ground. Members of the Spanish Royal family vacation here and most Madrileños don’t mind a several hour drive to enjoy both the skiing and the beauty of the terrain.

But backtrack seventy-five years, and the mountains of this remote region of the Iberian Peninsula served a very different purpose: They saved lives. During World War II, thousands of refugees crossed these peaks to escape the Nazis. Today Perseguits i Salvats, Persecuted and Saved, a 2013 initiative created by the Deputation of Lleida, retraces these freedom routes to share with visitors to the region.

The Pyrenees, the mountain range separating France and Spain, has always been a porous border. Merchants, shepherds, and fugitives crossed it for centuries navigating paths that traversed its almost 500 kilometer-long span. But it wasn’t until 1939 that these crossings took on a previously unimaginable level of urgency: With Hitler’s army sweeping through Europe, many fled across the Pyrenees into Spain – officially neutral during the war – either to join the Allied troops or to emigrate. Among these refugees were European Jews escaping at certain death.

“The movement begins in 1939 and increases during two periods: [right] before and after the Nazi occupation of the south of France,” said Josep Calvet, historian at the University of Lleida and the author of Huyendo del Holocausto: Judíos evadidos del nazismo a través del Pirineo de Lleida. “A couple of months before and a couple of months after November 1942 is when the majority of Jewish families arrive and especially starting from August 1942 [after] the raids by the Vichy Government. This is the first period of a major influx.” The second wave of refugees happened two years later – in the spring of 1944 – but this time the refugee population was different. While during the first wave entire families traveled together, in 1944 the escapees were mostly young people who had spent the last few years in hiding, most of whose parents were deported to extermination camps.

“It’s important to differentiate between the two periods,” said Calvet. “[Not only because of who they were] but also because of their destination. Those crossing between the summer of 1942 and winter of 1943 are basically going to the United States, Central America, or sometimes England. But young people and children who arrive in 1944 are going in their majority to Palestine. The intention of the French-Jewish resistance network [that aided them] was to prepare these kids to work to establish the State of Israel.”

Although the length of the Pyrenees offers at least 125 paths in Catalonia and 50 in Aragón, Val d’Aran was one of the main crossing areas for refugees. The success of their journeys depended on Franco’s government policy during the war. In 1939 and at the start of 1940, many arrived with transit visas issued by Spanish authorities the Pònt de Rei’s customs office – today a stop on a Perseguits i Salvats tour – becoming their legal point of entry and the gate to freedom. But when in mid-1940, bowing to German pressure, Franco ordered to halt all visas and deport those caught crossing illegally, Pònt de Rei transformed into a place from which refugees were handed over to the Vichy government.

“It’s impossible to know how many people were expelled because many were expelled without being registered,” said Calvet. “But I’ve been able to document [some] families that were expelled and some that ended up in Auschwitz. So [here] we have an example of Franco’s collaboration with the Holocaust.”

This expulsion policy was relaxed in 1942 when Franco’s Third Reich sympathizing Minister of Exterior was replaced by a supporter of the Allies. Thanks to pressure from the Allied representatives in Madrid, fewer refugees were now sent back to Nazi-occupied France. But their journeys were still fraught with hardships: German border patrols equipped with skis and dogs; mountainous terrain with altitudes over 2000 meters, knee-deep snow, and ice; and lack of preparation, proper clothing, and sufficient provisions all made for treacherous treks.

“Today everyone [has] these Gore-Tex jackets and mountain boots, but that wasn’t the case then,” said Calvet. “Many Jewish women [crossed the mountains] in city shoes. It was extremely complicated: the routes of the Lleida Pyrenees are very difficult to cross. There were many accidents, many people who died trying, many who arrived with frostbite and had to be treated. Some [had to have] hands, arms, or legs amputated.”

For most refugees, safe arrival wasn’t the end of their trials either – families were split apart, parents arrested and jailed either in local prisons or in Madrid, children placed in foster care. Men between 18 and 45 of age were sent to Miranda de Ebro, a concentration camp where Franco’s government imprisoned men of fighting age. Their consequent liberation as well as help with reunification, money, medical attention, and transit papers usually came courtesy of the American Jewish Joint Distribution Committee (JOINT). Its representative, Samuel Sequerra, along with his brother Joel, spent several years in Spain working on behalf of the Jews often in the atmosphere of active anti-Semitism of Franco’s military dictatorship.

“The only way I was able to make it because I figured I wouldn’t [otherwise] get out alive,” says Abraham (Av) Szyller who crossed the Pyrenees in 1943. “My motto was ‘just one day’, my goal was to survive that particular day. So I kept climbing.” Arrested once in Spain and imprisoned in a small local jail, he was soon set free with the help of Sequerra. Several months later he made his way to Lisbon and then to Philadelphia, where he joined the US Army and returned to Europe -– this time as an Allied soldier.

Although the exact number of Jewish refugees that crossed the Pyrenees between 1939 and 1944 isn’t known, historians estimate it to be somewhere between 20,000 and 35,000.

Thanks to the Perseguits i Salvats project, as well as to the research by Josep Calvet, many testimonies of those saved and of those who helped them have been collected. A former prison in Sort is now a museum that pays homage to close to 3000 refugees that passed through its 24 square meter space. Five trails, two of them in Val d’Aran, have been marked, and today Perseguits i Salvats trained guides take visitors on hikes that trace routes refugees took to freedom.

“[People say] it’s one of the best experiences of their lives,” said Jordi Torner, the CEO of Som Riu, a tour company that offers tourists to follow the footsteps of the Jewish refugees. “To walk where so many passed to escape repressions, to learn their history – [it] helps reflect on the present and the future.”

Margarita Gokun Silver is a writer and an artist living in Madrid, Spain. You can see more of her writing at www.MargaritaGokunSilver.com and follow her @MGokunSilver.