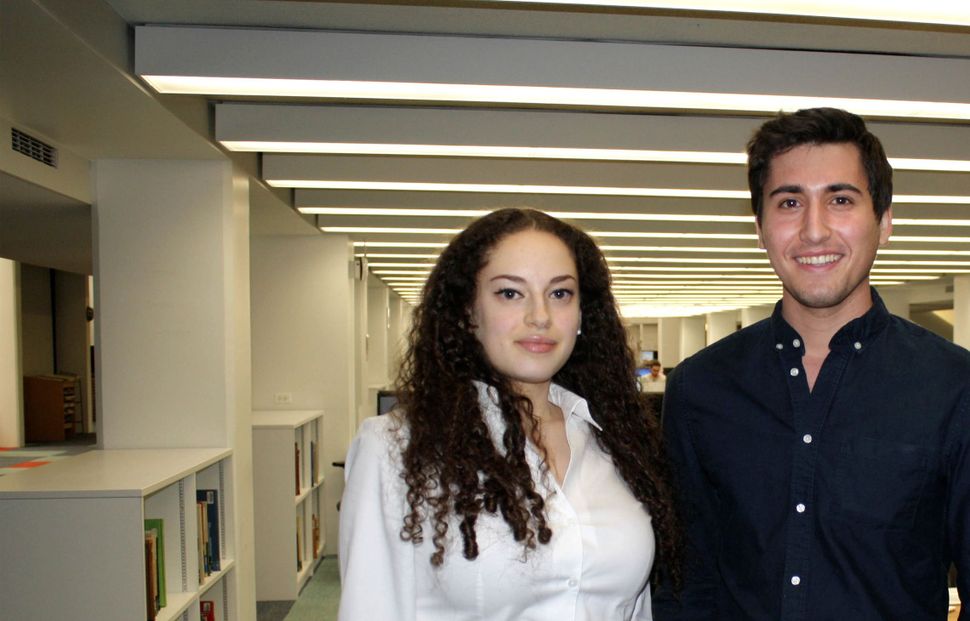 Until Donald Trump’s election one year ago, less than eight students at Yeshiva University would attend the events organized by the school’s Democrats club. Little did they know that just a couple of months after November 8, the club would grow significantly, reaching its peak of 50 active members this year.

Matthew Haller, 20, and Rachel Shulman, 19, became co-presidents of the Dems club in September. They are both juniors, but don’t attend classes together. At Y.U., the historic academic institution that mainly caters to modern orthodox communities in the United States, men study uptown, on the Washington Heights campus, while the women study in Midtown Manhattan, at the Stern College for Women. In a university whose student body is mostly conservative, the two students are hoping to reach as many peers as possible and make their voices heard.

Shulman, a junior majoring in political science, is from Passaic, New Jersey. Last year she began working closely with Haller and the former presidents. Shulman describes politics as her “life’s work, not just a hobby,” and hopes to attend law school and run for office one day. 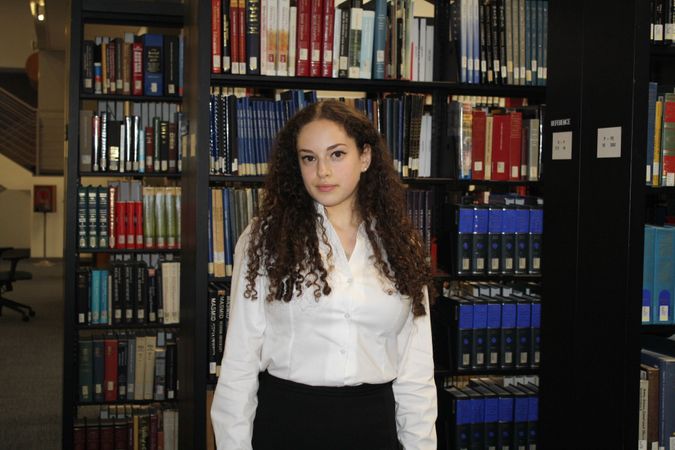 During our several meetings in Washington Heights, Manhattan, Haller told me that, while growing up, he was rarely exposed to liberal views. “Every adult I knew when I was growing up was conservative,” he said. He was raised in a modern orthodox Jewish community in Woodmere, Long Island. “There was no reason for me not to identify myself as anything other than what everyone was.” But as he got older, he realized that his beliefs and values went against the surrounding flow—including his parents’ political views. 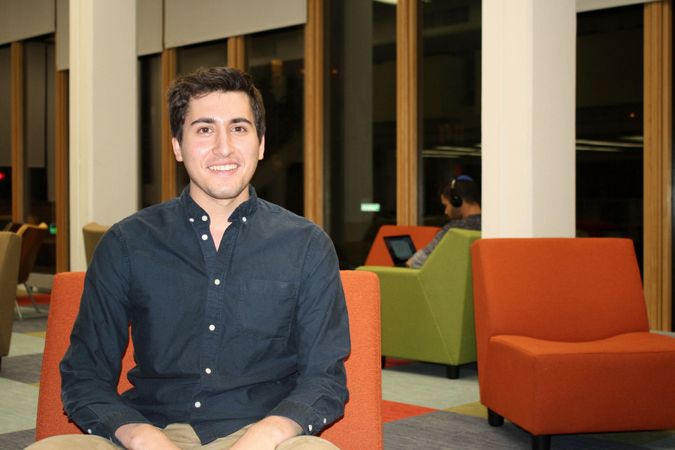 His journey began with Jon Stewart and Stephen Colbert, who hosted back-to-back talk shows on Comedy Central when Haller was in high school. He refers to these two TV shows—Stewart’s Daily Show and Colbert’s spin-off, the Colbert Report—his “first exposure” to liberal ideas. In class, he learned about the Civil Rights Movement, and thought it was “ridiculous” that anyone would hate someone on the base of their skin color. “I realized that racism, anti-semitism, are not crazy things of the past. They didn’t stop in the sixties,” he said. Back in elementary school, he was taught about climate change. “When I grew up and looked at party platforms, I saw that one party didn’t want to take any significant action [with regards to climate change]; the other party did.” At that point, the transition to the Democratic Party became quite obvious to him. Haller and Shulman have lived most of their lives in a world of conservatives. Their families, their religious communities, their high schools and now their college’s student body all lean towards conservatism.

“Having views and opinions that are different from everyone else is difficult. You feel different,” said Haller. “But people were relatively accepting, they didn’t give me a hard time, they would debate with me, but I didn’t lose any friends over politics.”

When Haller and Shulman started Y.U. in 2015, they joined the Democrats club, and both remember seeing only six to eight students at the first meeting of the semester. They knew right away that they wanted to expand it. The divisive presidential election of 2016 changed the game for the club.

On November 8, 2016, Rachel Lelonek, a senior at Stern, traveled to Washington Heights to attend an election viewing party at the boys’ campus.

“When it became clear that Trump would be elected, the boys started chanting, ‘Lock her up, lock her up.’ It was horrible. There was no sensitivity.” Lelonek, who is majoring in law, said that she felt isolated. “I wanted to become part of a niche of people who could understand where I was coming from.” Soon after that, she joined the Dems club.

Since Trump’s election, many students who used to be silent about their political views, began to speak up. More students—women in particular—also became interested in attending the club’s events.

An event held by the College Democrats club in June 2017 on the Beren campus of Yeshiva University with Joy Ladin, the chair of the English department at Stern College, on the values of tolerance. Image by Rachel Shulman

“In a weird, perverse way, Trump has given some people the urgency to be more active,” said Haller. “There are people on campus who consider themselves conservative but don’t support Trump.” Haller realized that there were many more liberal-minded students than he had thought. “They think that everyone else is conservative, so they don’t get engaged [in politics], because they don’t want to go against the grain. I wanted to give these people a group where it was OK to have these views.”

At the first event held after Trump’s election, more than 30 people showed up. It was quite a change from the six students who had attended the two students’ first Democrats club’s event on campus. “These people might not have been the most politically active, but they came out. We had a really nice talk, we asked ourselves, ‘Where do we go from here?’ It was one of the greatest moments I had at Y.U.,” recounted Haller.

“With the political climate now, people are more eager to get involved in the club,” said Shulman. Stern College for Women is a different environment from its boys’ counterpart, she said. Shulman described the division between Republicans and Democrats as being less “split.” Many students who identify as conservative because of their stances on Israel, or their religious beliefs, still feel closer to the Democratic Party when it comes to climate change or LGBT issues.

Masha Shollar was one of the students at Y.U. who joined the Democrats club right after the election, as an alternative to just “being upset at the political situation.” Shollar, who is in her last semester at Stern, helped Haller in event planning. “Now I have more sympathy for Republicans on other campuses, because I know what it feels like to be a minority,” she laughed.

On election night last November, a student walked into an election party on campus wearing a Confederate Flag. One month later, when Ben Shapiro, the Daily Wire’s editor-in-chief, spoke on campus and called transgender people “mentally ill,” a group of about 30 faculty members wrote in a letter that they were “extremely disturbed” by the speech. But many of the students who were present cheered Shapiro on; a member of Y.U.’s College Republicans Club called the political commentator “a role model for everyone in Y.U.” In January, the Commentator, one of the university’s student newspapers, published a letter written by a former student who said that he left the school because he didn’t feel safe as a gay man on campus. About one month later, a page that exposed “incidents of racism, misogyny and homophobia” on the boys’ campus surfaced on Facebook.

Haller said it was “disappointing” that the school’s Republicans’ club used their platform to invite Shapiro to speak. Sitting at a table in the library of the uptown campus, as students passed by to greet him throughout the interview, he said he felt “kind of impressed with them for organizing it, because they managed to bring such a big name, and I thought— ‘I want to do something like that.’ Well, obviously not with Ben Shapiro.”

The conservative commentator filled the largest hall on campus, the one where graduation ceremonies are held. And he was warmly welcomed, said Shulman.

“It can be hard to bring people to speak,” said Haller. “There is a machinery in place to bring conservative speakers on campus. The Young America’s Foundation, for example, helped organize the Shapiro thing. It makes sense, the campus is mainly conservative.”

The two club presidents were wary to discuss LGBT issues; Shulman said it’s easier to discuss the topic at Stern, but on both campuses this is a polarizing issue, due to the university’s orthodox affiliation. (During an event with Rabbi Chaim Rapoport last year, a school representative said he would not allow an LGBT student club on campus.)

“There definitely have been people who felt [unsafe], and we have to sympathize with them,” said Haller. “There are some people who are struggling, that’s not arguable.”

Still, he stressed that he believes only in solutions developed “within the system.”

This year, Haller and Shulman plan to organize a series of events, including documentary screenings and talks on various topics, such as the Civil Rights Movement, criminal justice and protest art. Haller said that they are always trying to expand their membership, but they are “not interested in converting any Republican.” 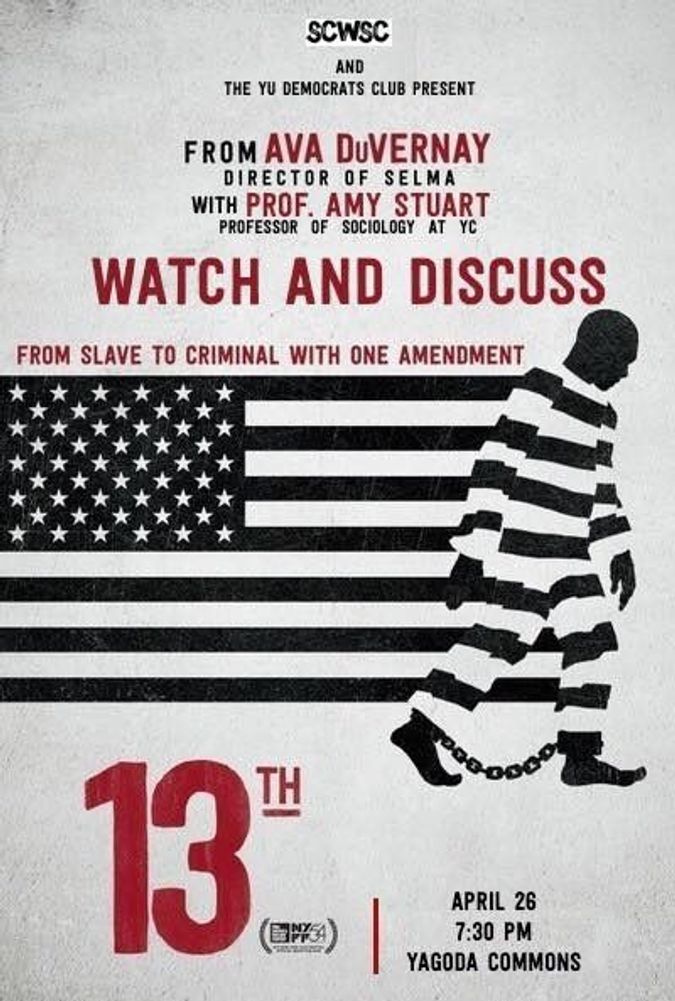 A flyer from the club’s screening and discussion of the documentary “13th.” Image by Courtesy of Matthew Haller

“We’re trying to reach out to people who are not involved in politics. If we give people a forum where they can be outspoken, more people will come.” Shulman said she that she and Haller have the “same goals” and therefore work well together.

“It’s a small club, but it’s well-known, because most of us are very vocal. Matthew and Rachel are vocal and passionate,” said Lelonek, one of the members.

At home, Shulman’s parents may not be “enthusiastic” about her views, but they support her, she said. Haller’s parents are proud that he is working so hard towards his goals.

“They don’t agree with me,” said Haller. “We have discussions. But they’re on my side.”

Simone Somekh was born and raised in Turin, Italy. He has worked with publications based in Milan, Jerusalem, Tokyo, Berlin and New York. He is currently pursuing an M.A. degree in Journalism and European & Mediterranean Studies at New York University. Follow him on Twitter: @simonsays101tw.