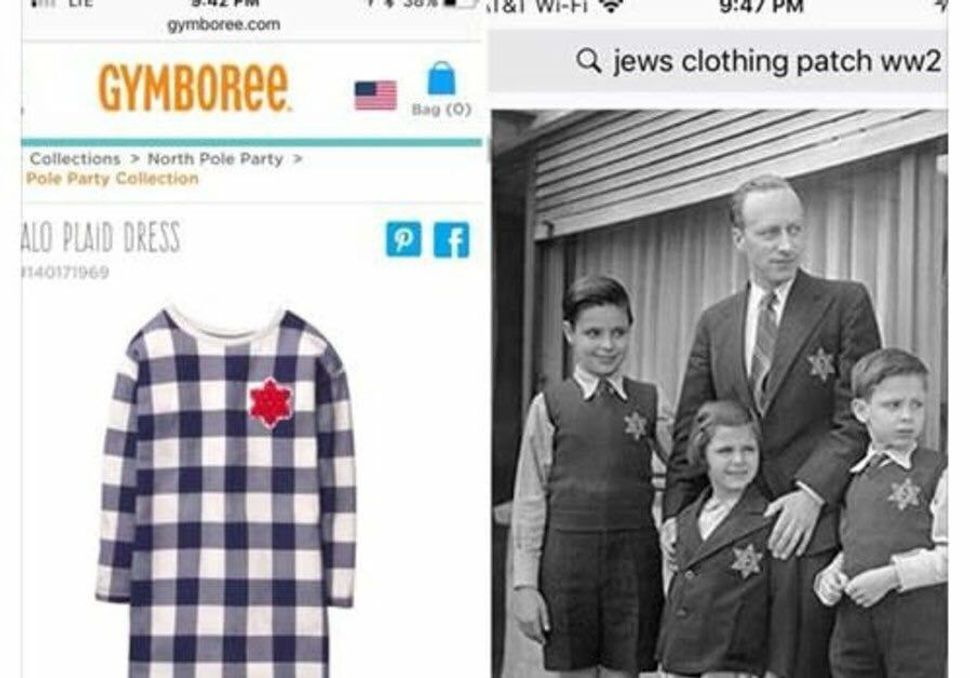 Yesterday, the Jerusalem Post reported that children’s clothing purveyor, Gymboree, was selling a dress with a Jewish star patch on its online site.

The patch, which according to the product description was meant to depict a snowflake, has six points which is eerily similar to the Jewish star. The blue-and-white plaid dress is vaguely reminiscent of an equally insensitive star-patch dress that was sold by Miu Miu back in August, which was pulled after a social media uproar.

A Facebook user, Sophie Joy Cohen, was browsing the site last Thursday when she came across the plaid toddler dress. Feeling sick to her stomach, she posted a screenshot of the site alongside a photo of Jews who were forced to affix Star of David patches to their chests.

The post went viral, prompting others to express dismay and a call to action to petition the store. The outrage seems to have worked — as of Sunday, the product no longer appears on the site.