Nathan Englander Opens Up About His Orthodox Upbringing 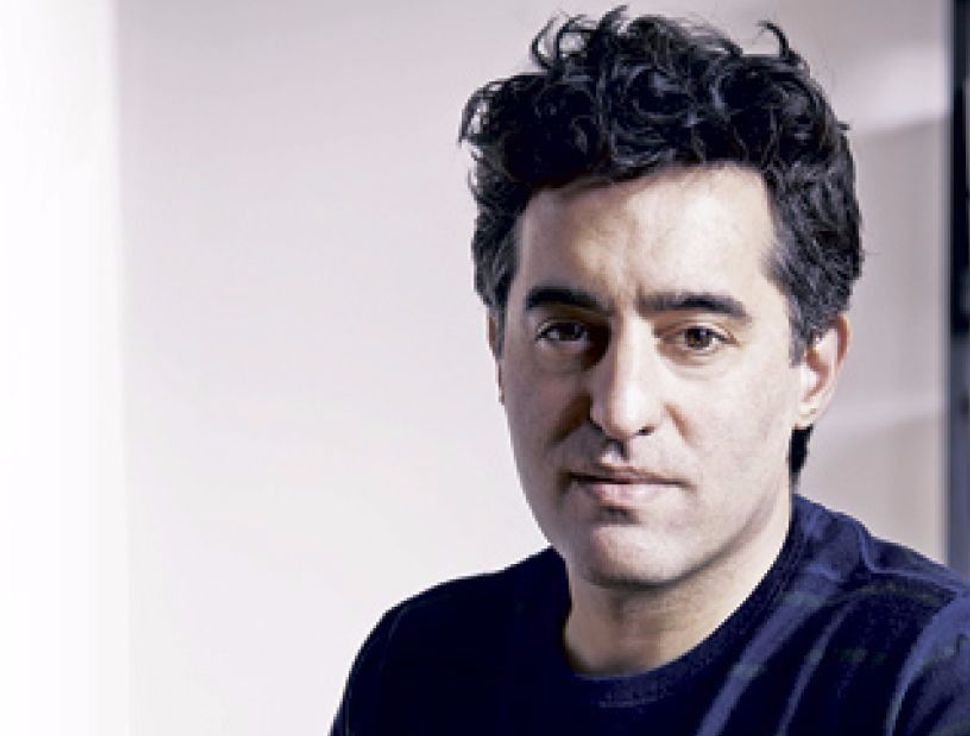 Throughout Nathan Englander’s new novel, Dinner at the Center of the Earth, I felt lit with recognition. Yes, it’s a spy story, focusing on the implosion of Israeli-Palestinian peace negotiations, spanning the years between the Second Intifada and the 2014 Gaza War, and set variously in the Middle East, Paris, Berlin and Capri. In other words, it’s a story as far from my own life as any could be.

And yet so much of it managed to feel so familiar, so quintessentially and inescapably Jewish. More than any other living Jewish writer, maybe, Englander captures our cultural neuroses, our timeworn and eternal arguments, our tics, our shticks, our meshugaas.

The book represents a departure for Englander in many ways. Written on deadline, fast-paced and plot-driven (“For twenty years of loyalty, I’ve written [Knopf] a book that’s not about a rabbi eating toast,” he told The New York Times), it bristles with the urgency of a project long deferred, which makes sense in light of the revelation that he’d been wanting to write it for twenty years.

I recently met with Englander in the lounge of Portland’s Heathman Hotel, hours before he read to a rapt audience at Powell’s Books. Here is an abbreviated version of our conversation, edited for clarity.

I’m always riveted by stories depicting the strange intimacy that often arises between arch-enemies. And I’m struck by how often that theme comes up in any skillful and honest portrayal of the Israel/Palestine conflict. I thought Dinner rendered that especially well. Reading the scene between Arafat and The General was like eavesdropping on an old married couple. Have there ever been mortal enemies with more shared sensibilities? Was that a theme you were consciously exploring?

Well, that there is the core of the book for me. It’s about empathy. It’s about trying to bridge the space between these, very literally, opposing realities, that are so much the same. In that scene, Arafat and the General, are two old warriors sitting at a table. They’ve spent their lives trying to kill each other, and they both seem eternal—two men who cannot die.

That sameness interests me. That every metaphor that either side uses, can fit for the other. If the Israelis say they are surrounded by enemies trying to push them into the sea, can’t the people of Gaza claim the same?

And there is a separate notion, about those in power. Those who fight these battles, and wage these wars, living one life. While the people in the streets pay a very different price.

My favorite passage in the entire book is the one where Ben Gurion is telling The General, “This is your whole purpose on this earth: to raise the bounty hung on the Jewish head. Make it expensive. Make it a rare and fine delicacy for those with a taste for Jewish blood.” Something I cherish about your perspective is that you undeniably have liberal sensibilities and yet I think you’re without the naïveté of a lot of Jewish liberals who grew up secular in America. I mean, you were beat up as a kid for being Jewish. I feel that you don’t whitewash Israel, there is no hasbara in these pages, but you never sell it out either and you obviously love it and that is such a rare and beautiful combination.

All I can tell you is that if I’m building this world, I couldn’t render the reality of that time and place without stressing that idea. But I think the questions raised are universal—or they should be. Every nation should wrestles with the question of what it means to defend itself, what it means to take revenge. We are currently fighting the longest war in the history of the United States—where does it end? As for that scene in the novel, yes, it’s a critical part of the mindset of that time as I imagine it.

I was in Israel last May and I had the first Shabbat of my life that would fulfill the standards of Orthodoxy. It was so easy there. Like there were those Shabbat lamps in every hotel room, where you can just twist the top and make it dark or light without turning it off or on. And we were at The Wall and it was just among the most profound experiences of my life. It’s amusing to know that arriving in Israel had the opposite effect on you, that it was an avenue to secularism for you, and that your first Shabbat there was the first non-Orthodox Shabbat of your life.

First of all, part of that was just going abroad. Before I flew 6,000 miles around the world, the furthest I’d lived from Long Island was upstate at a university that was an outpost of Long Island. So the distance to Israel itself might also be the freeing thing.

But to address what you’re saying, it’s more that, in the world in which I grew up, Judaism is a religion—that’s it. There’s no such thing as being a cultural Jew. You’re religious or you’re not. So to see Israelis, who weren’t religious, who had all the same points of reference, who shared all this cultural space with me in a way I could really recognize and connect to… that was a revelation. Before, there was just one way to be Jewish, and either you were or you weren’t, and then as soon as I got there, it was immediately apparent, there was a different Jewish continuum I could enter into.

As for that Shabbat-friendly lamp you’re talking about, we didn’t have that yet. That’s actually a relatively recent invention—to me it’s . It’s so futuristic of an Orthodox option. As a kid, you know, when it got dark in your room, it was dark.

If I’d had one of those lamps to read by, and Oreos were already kosher, everything might have been different today.

I remember reading in another interview that you broke from Orthodoxy because of your “anti-intellectual, substandard” education. Shulem Deen has expressed similar thoughts, remarking how accomplished he might have been by now if his formative education hadn’t been restricted to Jewish texts. But it also seems to me that a Jewish education teaches you how to think: So much of Judaism is just studying interpretations, studying all the different and often conflicting perspectives on a given passage, studying a section of text from every angle. To me that seems like the most rigorous and valuable training for whatever you want to apply it to.

Yes, there is a way I was taught to think that’s very suited to writing. And, of course, I’m thankful to have grown up in a world filled with stories. I especially loved all the extreme Talmudic what if’s….Going from what if an ox is a gorer, to what if a naked man falls off a building and lands on someone walking by?

But I always like to be clear, for me, it’s not a criticism of community or doctrine. It’s just my personal case, relating to my personal theological questions. If I’d had someone who was willing to engage with those questions in a more welcoming manner, I’d probably have a beard down to the floor today.

You identify as an atheist, is that really the right word?

No, that’s a label that emerged from my feeling forced to self-define. When I did this Hagaddah project with Jonathan [Safran Foer], and we went around with it to different cities, he’d bring the issue up, and then ask me to read a part of my translation. I’d read my heart out and, when I’d finish, he’d turn to the audience and say: Have you ever in your life heard a more religious man? And the whole room would crack up.

Elissa Wald is an author and freelance writer/editor. She lives in Portland, Oregon.

Nathan Englander Opens Up About His Orthodox Upbringing