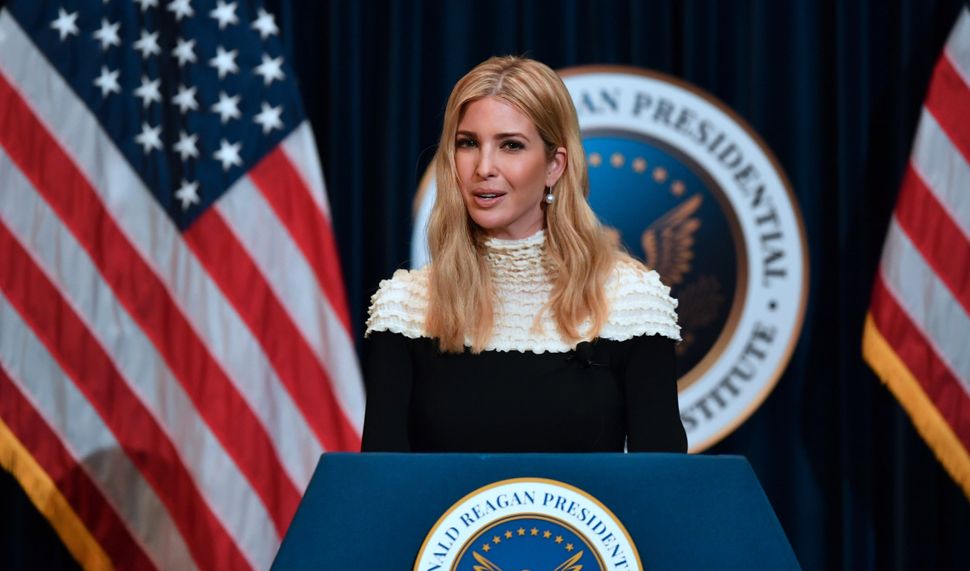 Ivanka’s shift dress was worn throughout a day filled with lobbying for tax reform, including a “fireside chat” stop at the Reagan Library in California. She expressed, at times passionately, how central tax reform is to the Trump administration. And that the administration likes “simplification,” which isn’t surprising considering Trump’s third grade vocabulary (and Ivanka’s own verbal faux pas).

But “simplification” could also be used to describe Ivanka’s outfit choice. The dress was a spartan shift; staid, mournful. But then it was bifurcated at the top with a layers of ruffles that stretched up to the neck. It was modest, certainly, ending just above the knee. The effect was Stepford 1950s housewife meets regal Queen: the drop pearl earrings, black shift, demure makeup, sheer stockings. But it was topped of with a relaxed note: her hair was down and lightly tousled like a second day blowout.

The ruffled neck evoked the Tudor ruff — that starched, stiffened, fragile guillotine encasing the throat. To maintain the ruff, the Elizabethan-era piece needed to be stored in special boxes and required a team of servants and hours of labor to starch, pleat and press between uses. It was, in essence, a potent symbol of status, an accessory for the aristocracy and the wealthy, an item of unrelatable hauteur. 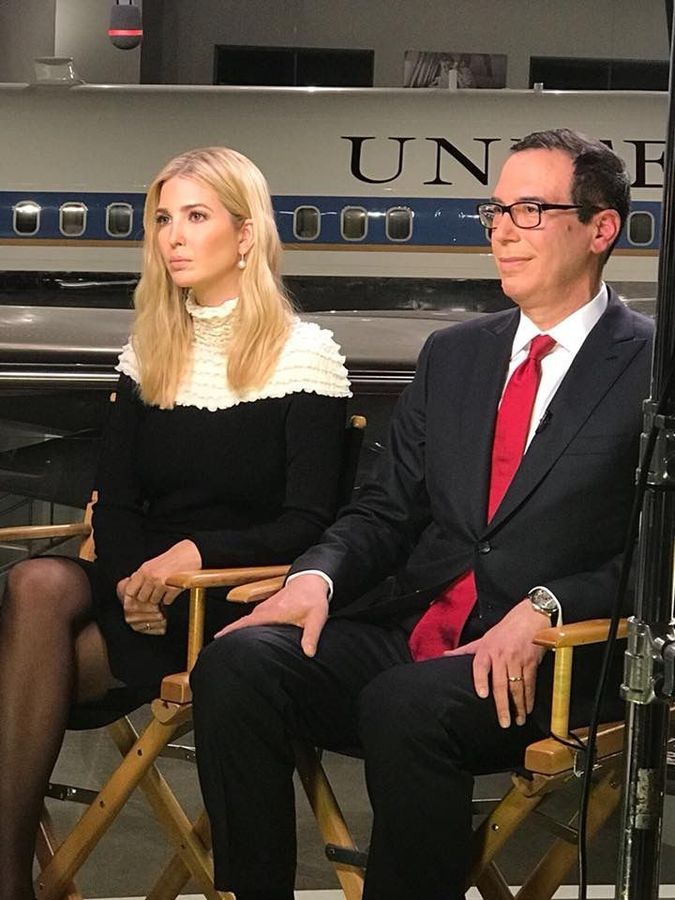 Ivanka’s ruffled collar, despite its frothy, uninhibited layers, evoked that same idea, creating a vivid image of an untouchable woman — an image that was put to good use as Tucker Carlson questioned her support for women in the workforce.

The combination was powerful: the demure black dress took the focus off her clothes and pushed the eye to her face; instead of being distracted by her sartorial choice, you were instead forced to contend with the warmth of her eyes, the perfectly straight white teeth that sparkled when her face broke into an easy smile.

In a sense, the turtleneck’s use was appropriate here: she was advocating for women, countering Carlson’s assumption that the future of men in the workforce was in doubt. Tucker Carlson, best known among liberals as the guy who berated journalist Lauren Duca and embarrassing himself in the process, looked puzzled as Ivanka asserted that women need more opportunities in fields dominated by men, especially because those are the fields of the future — which sounds like something Gloria Steinem would say.

Steinem was also a big fan of the turtleneck. In fact, the turtleneck was a key signifier in feminism and civil rights politics: it’s covered-up sensibility drew attention to the face, and was stubbornly unisex, resisting definition while allowing as the wearer slip easily into obscurity.

And Ivanka’s seemingly wishy-washy choice of ruffles — a symbol of femininity — coupled with a turtleneck — a symbol of strength and power — makes sense: She is trying to play all sides, to make herself agreeable to not only the conservative swath of the country, but to liberals as well.

That ruffled turtleneck allows her to go on a show like Carlson’s and make a feminist statement, with hardly any pushback. It symbolizes just how she has managed to build a brand with a superficial idea of female empowerment, without ever engaging too deeply in how to create real change. And, most importantly, it’s a reminder to how crucial Ivanka is to the Trump Presidency — her soft-spoken tone, her innate liberalism, her championing of women: A carefully curated PR campaign and nothing more.

That ruffled turtleneck is, after all, the epitome of everything Ivanka: A non-statement masquerading as a statement.