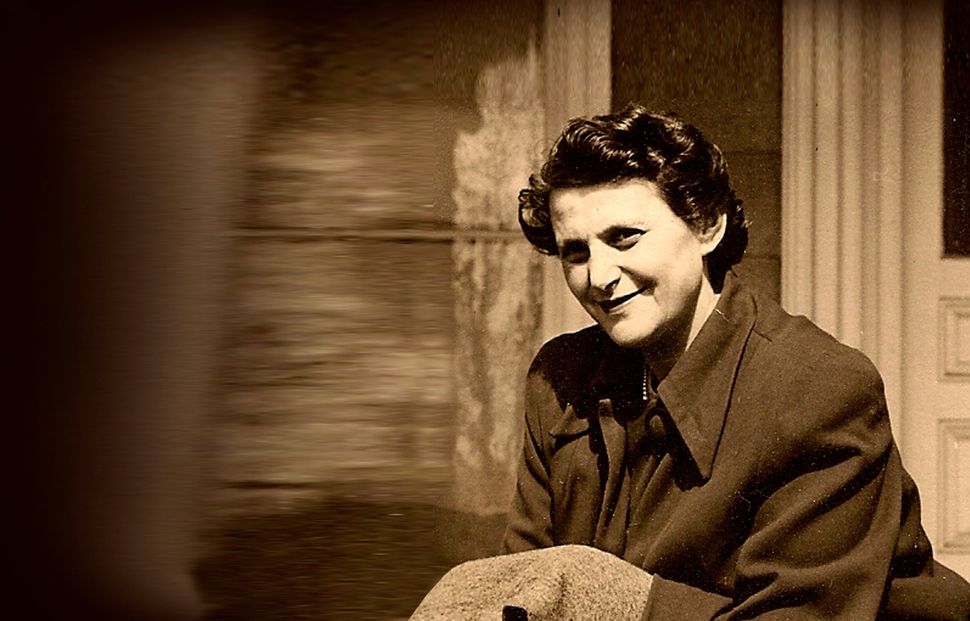 Some 75 years ago, a group of Jews under German occupation in Vilna was assigned to assist Nazi authorities in curating books and other cultural items destined for shipment to Germany. There, the selection of Judaica materials was to be conserved as a collection of artifacts from an extinct people.

Some items were indeed shipped away as ordered. Some, the authorities destroyed and diverted to be used for scrap.

But others were smuggled and hidden by the same Jewish scholars, teachers and writers who had been designated to sift through and catalog them. The heroism of this “Paper Brigade” has recently received new attention, thanks largely to two developments: the discovery of another trove of materials that the squad managed to squirrel away, and the publication of historian David E. Fishman’s fascinating new study, “The Book Smugglers: Partisans, Poets, and the Race To Save Jewish Treasures From the Nazis” (ForeEdge).

Certain Paper Brigadiers whom Fishman identifies at his book’s outset as “dramatis personae” already loom large in awareness, particularly in Yiddishist circles. They include the famed poet Abraham Sutzkever and fellow bard Shmerke Kaczerginski. But women played important roles in this history, too, and much to his credit, Fishman features one of them in considerable detail: Rachela Pupko-Krinsky Melezin.

Born Rachela Pupko in Vilna in 1910, Krinsky knew five languages, earned a master’s degree in history, and taught the subject to high-schoolers. She married twice, the first time to Joseph Krinsky, with whom she had a daughter, Sarah, in 1939. Krinsky was killed shortly after the Germans invaded Vilna; before entering the ghetto, his wife placed their daughter, not yet 2, in the care of the family’s non-Jewish nanny. 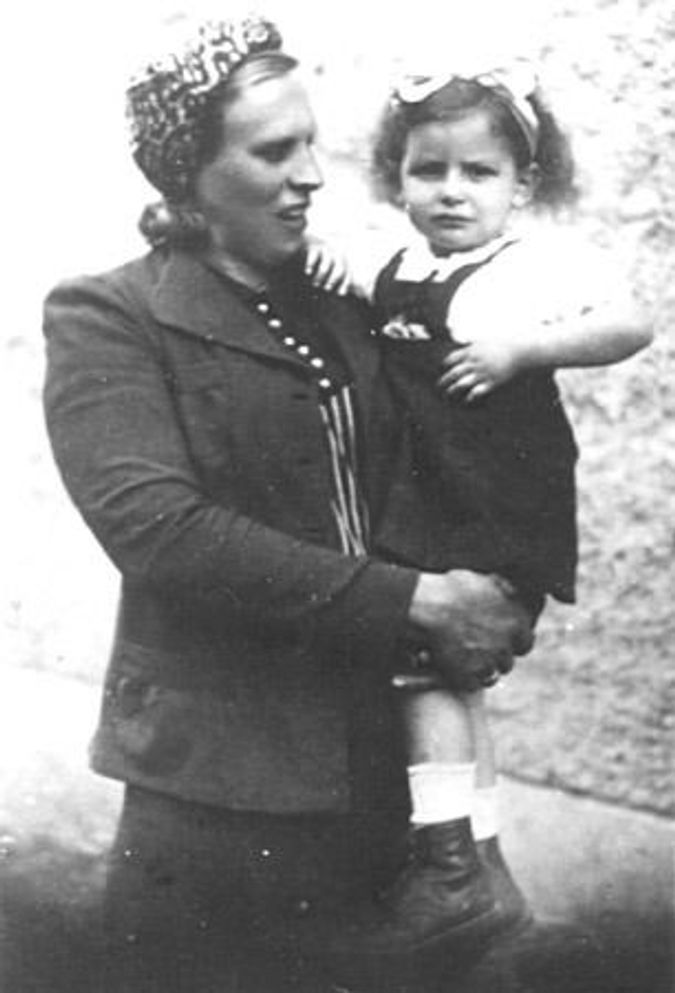 During their time in the ghetto, Kaczerginski wrote a poem, “The Lonely Child,” inspired by the family’s sad story; the poem became a song that is at the heart of a film project in development by Alix Wall, Sarah’s daughter and Rachela Krinsky’s only grandchild.

It was while she was living in the ghetto that Krinsky was offered the assignment to join the team of curators. “The suggestion did not immediately appeal to me,” she later wrote in a brief memoir, “as I felt it would be appalling to stand by and watch the Germans destroy what had been built up with so much love and care.” But join she did, and like the rest of the Paper Brigade, she then assumed immense risks in taking advantage of access to Jewish treasures to attempt to save them.

Despite the dangers, she later described the time working with her colleagues — in the former building of the YIVO Institue for Jewish Research, located outside the ghetto — as providing her “only memories of the occupation that arouse neither fear nor horror.” Much of that, it seems, was due to the bonds among the group and the moments they found between assignments to read and write poetry. At times, too, her daughter’s nanny would pass by the YIVO building, allowing Krinsky to glimpse the child in her carriage.

After the ghetto’s liquidation in 1943, Krinsky was deported first to the Kaiserwald camp near Riga and then to Stutthof near Danzig. She survived those camps and a winter death march before being liberated by the Soviets in March 1945. She then made her way to Lodz, which, Fishman reminds us, was “the main gathering place for surviving Polish Jews.” There, Krinsky “re-established contact with her nanny” and discovered that Sarah was alive and well. Mother and daughter were reunited and immigrated to the United States, where Krinsky and her second husband, Abraham Melezin (another survivor), raised Sarah together. 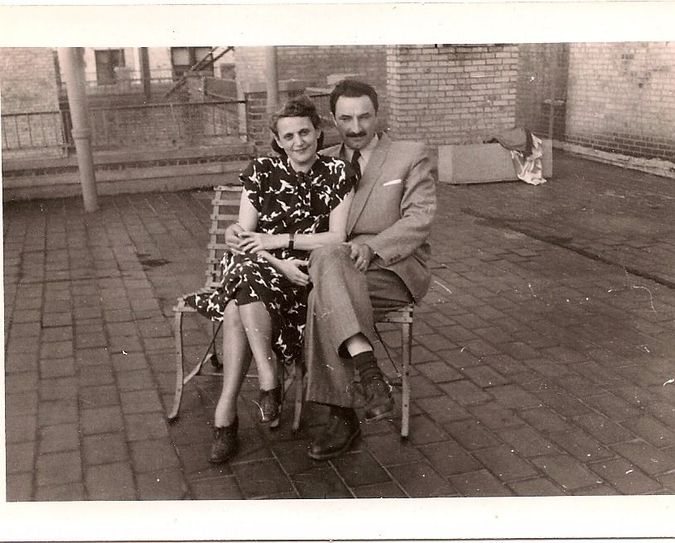 Rachela Pupko-Krinsky and Abraham Melezin on the roof of 771 West End Avenue around 1948. (She would soon marry Abraham and remain married to him until her death in 2002). Image by Alexandra Wall

Such is one broad outline of Rachela’s wartime biography, but of course there is much more to her story.

At a New York event hosted by YIVO last month, Wall said that even she had discovered new information about her grandmother in Fishman’s book: In correspondence with Sutzkever cited in “The Book Smugglers,” her grandmother confessed to a depth of postwar depression that she apparently never revealed to her.

Still, Wall knew her grandmother well and considered their relationship to be “incredibly close.” (Her grandmother died in 2002, when Wall was in her early 30s.) At the same gathering, Wall believed it was safe to say that “all of this attention would make [her grandmother] profoundly uncomfortable. She hated being called a hero; as almost any survivor could tell you, there was no rhyme or reason to who survived and who did not.” And as grateful as she is to see her grandmother’s name “entered into the historical record” alongside those of her better-known male colleagues, Wall added that her grandmother would likely have been discomfited by the book’s focus on some details of her personal life. On this topic, Wall did not elaborate, but readers may speculate that her grandmother may not have appreciated being identified by her romantic relationships to an extent rarely seen in presentations of the male “dramatis personae”; Rachela Pupko-Krinsky Melezin may also have chafed against the author’s imaginings, late in the book, of her inner monologue at a 1996 YIVO event in New York.

In any case, readers will have the opportunity to learn more about Wall’s grandmother from her when “The Lonely Child” documentary is completed. For now, the profoundly moving trailer reminds us that as extraordinary as Rachela Pupko-Krinsky Melezin’s story may be, certain disquieting elements that undergird it resonate troublingly all these decades later.

Wall said in an email that she and Marc Smolowitz, the film’s director and co-producer, made the trailer in early 2017, during the month following the inauguration of the 45th U.S. president. She added, “My greatest hope is that he will be out of office” before the film is released. “We do have every intention, though, of drawing a link between the Holocaust and the current refugee crisis, as we don’t see that going away.”

If only happy endings weren’t so eternally elusive.