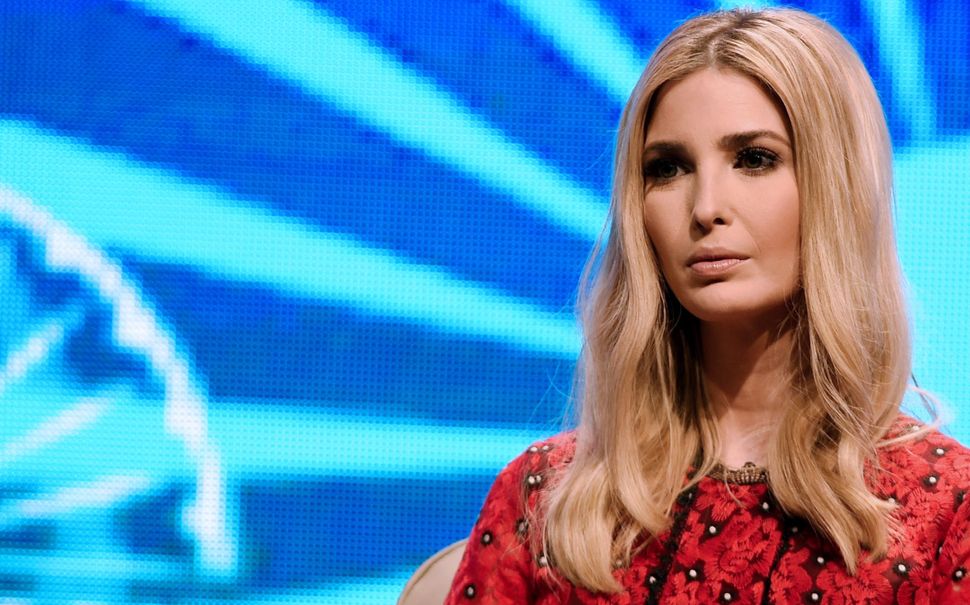 This morning, New York Times editor Vanessa Friedman criticized Ivanka Trump for the clothes she chose to wear during her trip as the leader of the US delegation to the eighth annual Global entrepreneurship Summit in India this past week. Although Friedman held back from fully eviscerating Trump and attempted to inject some balance (with sentences like, “Indian style watchers were generally positive about the dinner dress and pleased that Ms. Trump had abandoned her usual garb for more demure, covered-up styles.”), the tone of the piece was a subtly savage takedown.

She accused Ivanka of cultural appropriation, of viewing Indian dress “a little one-dimensionally,” that her clothes spoke to a flattening of a complex and rich Indian culture: “Instead of wearing work by a designer that spoke to the nuances of the country (a tactic adopted often by Michelle Obama, for example), Ms. Trump opted, at least initially, for the most obvious: clothes by outsiders who dipped into their fantasy of India as opposed to its reality,” Friedman wrote.

The criticism, read in isolation, is a fair one: Ivanka Trump indeed missed the mark a bit, wearing Westernized and sanitized versions of India’s sartorial heritage.

An incredible first day at the Global Entrepreneurship Summit in Hyderabad. Honored to meet with Prime Minister Modi, Foreign Minister Swaraj, Defense Minister Sitharaman and thousands of innovators from around the globe to discuss the importance of entrepreneurship. Here is to “Women First and Prosperity for ALL.” Join me tomorrow for another inspiring and impactful day at #GES2017 ?? ??

But taken in the context of similar criticisms Friedman has penned on the subject, it is clear that her thesis was based not on an analytical reading of the topic, but rather fueled by her negative opinion of the President and the disdain that filters down to the way she views rest of the family, down to their very sartorial choices.

Consider, for example, Friedman’s take on Kate Middleton’s choice of wardrobe for a royal tour of India and Bhutan last year. She wrote that Middleton, “raised the bar when it came to the modern art known as diplomatic fashion tradecraft,” because, “it so consciously embraced British fashion as broadly as possible, leveraging the duchess’s influence to benefit the elite and the mass ends of the market — big names and those on the rise.”

Friedman praised Middleton for wearing British-born talent; there was no insinuation of cultural appropriation, even though most of the clothes Middleton wore “had echoes of orientalism and ornamentation” (to quote Friedman writing about Ivanka), like the red Kashmiri-patterned Alexander McQueen dress that Middleton wore to a wreath-laying ceremony at the Taj Mahal Palace hotel. 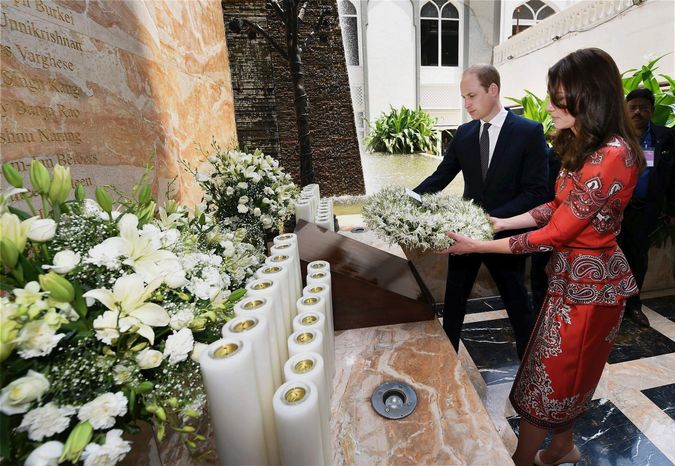 But even though the thrust of that piece praised Middleton for wearing, “practically all of Sloane Street,” and thus “better to use[d] her position to raise their global profiles and businesses,” Middleton didn’t just promote designers at home. She also wore designs from Naeem Khan and Tory Burch — the latter of whom Ivanka Trump wore twice this past week.

Tory Burch is a logical choice for Ivanka to wear to an “exotic” country. Tory Burch’s aesthetic is classic Upper East Side silhouettes for the world traveler. Indeed, its brand DNA of accessible luxury is similar to Ivanka Trump’s own fashion line. To wear Tory Burch infused with Indian influences is a way for Ivanka Trump (and Kate Middleton, who gravitates to similarly inoffensive classics) to embrace local culture within the confines of her own personal style .

Put within that context, Friedman’s accusation of Ivanka Trump’s cultural appropriation is dishonest — if that’s the real problem of Ivanka’s clothes, then Kate Middleton should be tarred with the same critical brush.

Fashion criticism, like every form of cultural criticism is necessary: Good criticism can often spark needed change within a given industry. And Friedman’s oeuvre is, for the most part, very good. Her analysis is generally spot-on; I often find myself nodding my head in agreement.

It’s Friedman’s lack of consistency that is problematic. Her inability to filter out her own biases in her critique of Ivanka Trump was so obvious, so blatant, that the criticism fell flat. It seemed like an obligatory nod to progressive opinion, an empty platitude of virtue-signaling — a need to condemn and demean the Presidency to appease the masses. That she couldn’t evaluate Ivanka’s clothing choices by their own merit points to a general problem with reporting on Trump and his family: nothing they do can ever be right.

One’s own political or personal feelings can and should be included — because criticism, at the end of the day, is an opinion. But, if the critic despises the subject of one’s criticism for reasons outside of the context of the criticism — the critic needs to make clear that their opinion is likely colored by their distaste of the person. Especially when they praise someone else — an inoffensive novelty like a member of the British royal family — for the same thing.

Fashion criticism shouldn’t be used dishonestly; it should never be a weapon to punish one’s enemies. Good fashion criticism explains why what people wear is important, what it says about our society in a broad social, political and religious context. It’s an honest assessment of the state of the fashion industry.

Unfortunately for Friedman, her critique wasn’t.