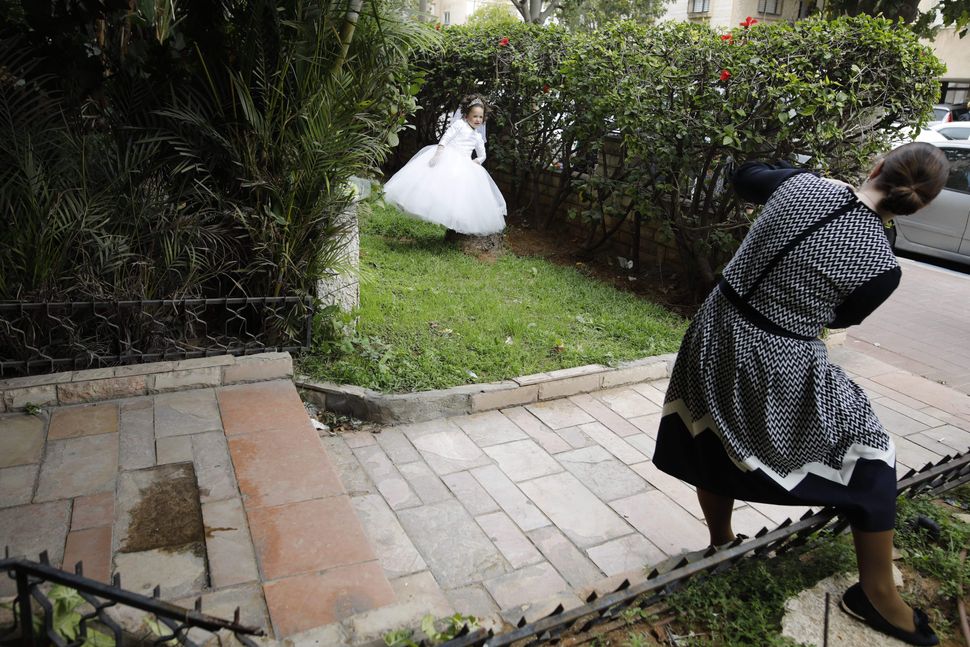 “When we meet him, how will we know he’s our bashert?”

This was one of the questions I asked my teachers during my early teenage years. As an adolescent in a yeshiva high school, there was no topic more fascinating than bashert – the Jewish concept of soulmate. Though we students were from modern Orthodox and traditional backgrounds, our teachers were ultra-Orthodox. The promises they made to us were absolute, like the one about each one of us having an ideal future husband. Every girl had a bashert – a meant-to-be – and when the time was right, he would come along.

“But how do we find him?” I asked. I believed everything my teachers taught me, though I still had a lot of questions. It turned out that the path to everlasting marital bliss was paved with mitzvahs, commandments. If we were good, we were told, and fulfilled the Jewish commandments, our probity would ensure we would cross paths with “The One”.

So I was good. I was chaste. I was shomer negia – which meant I didn’t touch boys. This concept fit nicely into my life, because boys didn’t like me anyway. As a girl who took everything seriously, who had no capacity to flirt and had a face for radio, as the saying goes, boys avoided me. But their rejection didn’t matter, or so I told myself, because my soulmate was out there. He was made for me – was the Yang to my Yin – and in one fell swoop, he’d resolve all my sexual longings and my existential loneliness. What a man!

I waited for my bashert to come along.

Bashert is a Yiddish word which means fate or destiny. It can refer to anything that’s considered meant-to-be. Getting a job could be bashert. If we had a cancelled flight, my grandmother might have said that it was bashert we didn’t go. More than just a concept, bashert is an expression of internalized faith. The word implies that whatever happens is predestined, that God is taking care of us, and that life will work out for the best in the end. In Jewish culture, which evolved over centuries of suffering and oppression, it’s not surprising that this idea – of faith being the key to everything – became a fixed part of our collective psyche. Just like our waiting for Messiah, bashert is at once a coping mechanism and a game plan for communal life.

Throughout my teen years, I still believed I’d find my bashert. I was lonely, but I told myself that this was temporary. My soulmate existed and I only had to be patient until we met. In my early twenties I felt very lonely, but I still had faith. By my mid-twenties, it occurred to me that nearly everyone I knew had been in a long-term relationship except me. I felt like I wasn’t worthy of love, and despite the assurances of my childhood teachers, I wondered if I would ever meet “The One”.

I couldn’t pinpoint the exact moment when doubt eclipsed my faith. It was certainly tied to my leaving Orthodoxy behind. Slowly, I stopped believing in the idea that everything was going to turn out for the best. I let go of my belief in bashert. I resolved myself to being alone and even started to make secret plans to have a baby. That’s when something shifted.

The strange alchemy of letting go is that when you abandon a fixed idea, an opening comes from a different direction. With no expectations for love, I started to enjoy life. After spending years in a state of long term depression – whether my passivity caused depression or vice versa I don’t know – I also began to feel joy. My dating life picked up too. Though I hadn’t mastered the art of flirting, I could meet someone and not take our prospects so seriously. Instead of looking ahead to where a relationship was headed, I could just let the moment be.

Once I stopped waiting for my bashert, I could also understand how I’d taken what my teachers taught me and used it to justify a deeper belief that had nothing to do with religion. I may have been lonely but I feared intimacy. I didn’t trust men.

In light of the #MeToo revelations, I feel completely vindicated for this view. But as some guy will inevitably remind you on Facebook, “not all men” are bad. Eventually I met a man who would become my life partner. We weren’t predestined for one another. For a while, we even seemed incompatible and doomed to make each other unhappy. Neither of us believed in meant-to-be. Instead, we were more of the “let’s-see-if-we-can-make-this-work” kind of people.

Luckily for us, we did.

Devorah Blachor is the author of The Feminist’s Guide to Raising a Little Princess. She’s written for The New York Times, McSweeney’s, Redbook and others.