An Israeli Pop Up Shop Just In Time For Hanukkah 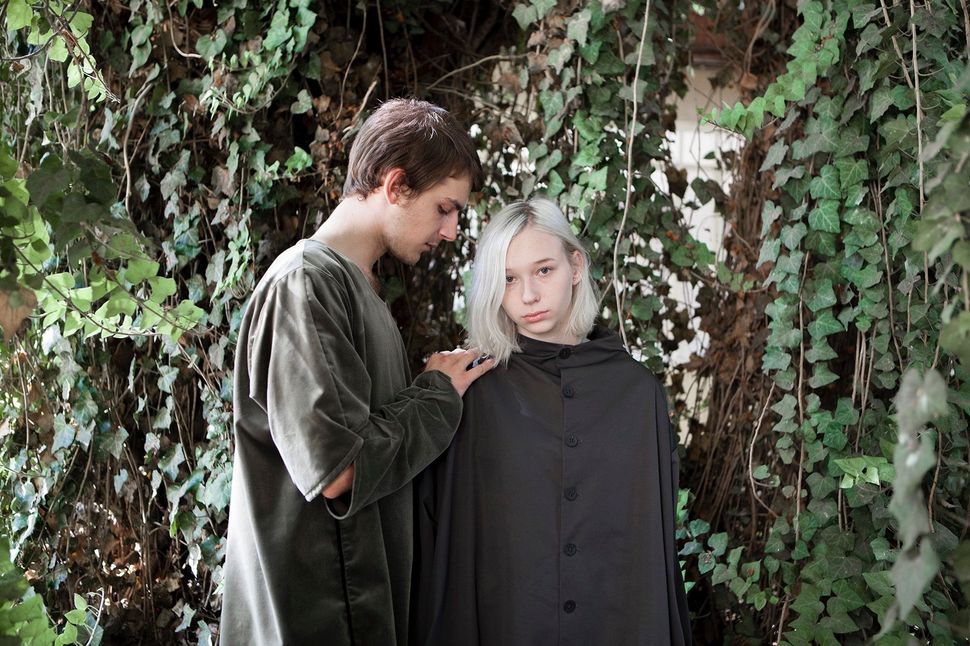 What happens when a young, entrepreneurial New York-based fashion maven becomes enamored with Israeli fashion? You get an Israeli pop-up, just in time for the holidays.

Beged — which literally means “clothes” in hebrew — will be open to the public for the entirety of Hanukkah, from Wednesday, December 13 to Wednesday, December 20. Located in SoHo (208 Bowery, to be exact), the store will feature Israeli indie brands like Marei 1998, Muslin Brothers and Tali Kushnir; the prices are relatively affordable and range from $100 to $700.

The pop up is the brainchild of Esther Levy Chehebar, a Syrian Jewish freelance writer, with bylines in Man Repeller, Racked and Glamour (her video on wearing Game of Thrones fashion in the real world is particularly good).

“To be honest, I never really put too much thought into Israeli fashion,” says Chehebar.

But then, unexpectedly, she fell in love: “I was just walking around the Neve Tzedek neighborhood [on a recent trip] and I was inspired by the neighborhood in general, by how eclectic the people and the fashion was.” She walked into the shops, spoke to the designers and was shocked at their accessibility and the edginess of design. It was then that the idea of introducing young Israeli designers to an American public took flight.

As a writer, Chehebar wanted to do more than just merchandise clothing in an aesthetically pleasing way; she wanted to tell the story of Israeli design and culture. “The pop up is not just about the clothes themselves,” says Chebar. “[It’s] telling the stories of these designers and how the political, religious and socio-economic climate in the Middle East affects their designs positively and negatively.” The result is more museum exhibition than retail shop — resulting in a collection of items that are sharply curated and liberally peppered with explanatory notes.

The pop up is made up of solely female designers (aside from two brands which have both a female and male founder), but it wasn’t a deliberate decision: “It kind of happened organically,” says Chehebar.

She’s confident that her edit of up-and-coming Israeli designers will resonate with American and, specifically, New York, shoppers. “[The designs] push boundaries and thinking outside of the box, which I think people will appreciate,” says Chehebar.

An Israeli Pop Up Shop Just In Time For Hanukkah