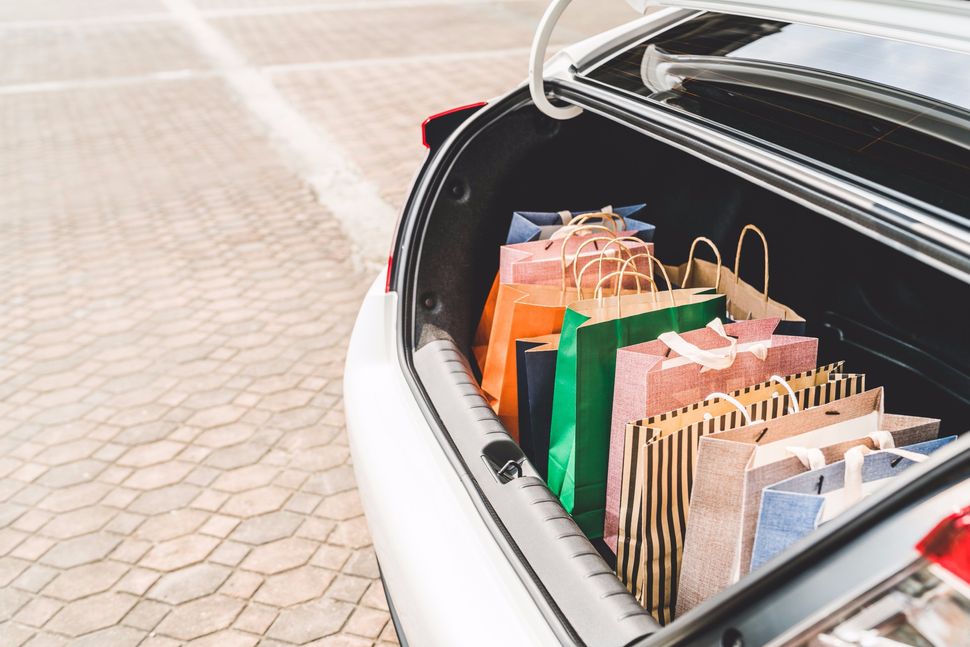 As you’re doing that last-minute Hanukkah shopping, the Liberty Counsel, a relatively small Christian Right organization best known for defending Kentucky clerk Kim Davis, has a few ideas for you.

For several years the Liberty Counsel has prepared a “Naughty or Nice” list of retailers who celebrate the “holidays” in general (naughty) and those who celebrate Christmas specifically (nice).

At first blush, this may be disturbing to most American Jews, who each year face the so-called “December Dilemma” of raising children to be proud Jews and proud Americans at the same time. For many of us, the two identities are not in conflict. As Americans, we celebrate religious diversity and the separation of church and state. And as Jews, we give thanks for those same blessings, which allow us to practice our tiny-minority religion in peace.

But the folks at Liberty Counsel – who, in their spare time, are ardent Christian Zionists and supposed lovers of Israel have decided the two identities are in conflict. To them, America is a Christian nation, and any business (or, presumably, individual) who doesn’t recognize the primacy, centrality, and supremacy of Christianity is “naughty.”

I’d like to propose an alternative reading, however: that the Liberty Counsel has given American Jews a handy guide to avoiding the December dilemma and boycotting Christian supremacy all at once: Simply shop at the “naughty” stores that believe in religious pluralism, inclusion, welcoming, and diversity – and avoid the “nice” ones that make anyone who isn’t Christian feel like a second-class citizen.

Apparently, the Liberty Counsel has had to lower the bar for “niceness” this year, since around half of the retailers included actually say both “Christmas” and “holiday.” (Thanks, Obama!)

But there are a few standouts. The department store Bealls, for example, features “multiple references to ‘Christmas’ and biblical elements.” Hobby Lobby, of course. At WalMart, the #1-retailer in the country, “the usage of ‘Christmas’ in products and advertising nearly doubles the usage of the term ‘holiday’ while maintaining a strong use of biblical references.” Interestingly, Home Depot –- whose Jewish co-founder, Bernie Marcus, was an early supporter of Donald Trump and is one of his greatest corporate cheerleaders today – made the “nice list” despite the fact that “both terms ‘Christmas’ and ‘holiday’ are equally represented.”

What about the “naughty” ones, where Jewish parents can take their kids without fear of their feeling marginalized?

There are, of course, many retailers who appear on neither list: Amazon, for example. I suppose the world isn’t always as neatly divided into “naughty” and “nice” as religious fundamentalists claim. (Unless they just can’t live without the retail behemoth.)

But still: that’s a lot of helpful naughtiness. Maybe you could read a book from Barnes & Noble with the TV from Best Buy on in the background while you relax in a cozy sweater from The Gap (and, if the kids are on a jelly doughnut high, pop some aspirin from Walgreens).

Beneath the silliness of Liberty Counsel’s list, of course, are serious threats to the very basis of the American Jewish project.

First, the very existence of the list should give the lie to the so-called “religious liberty” movement, which is more about advancing sectarian Christian interests than actually protecting religious liberty.

After all, if Liberty Counsel were really interested in liberty, they would reward businesses which honor all religions rather than elevate the majority religion over minority ones.

But religious freedom has never really been the goal of such organizations. Ultimately, they want to turn back the clock to a time when conservative Christian dogma was the basis for laws restricting the rights of women, LGBTQ people, and, yes, religious minorities. The Liberty Counsel’s director, Mat Staver, admitted in an exchange with Congressman Jerrold Nadler that, in Staver’s America, a business owner could turn away not just women and gays, but Jews too. The exchange should send chills down your spine.

Moreover, the supposed victims in cases brought by the Liberty Counsel, the much larger Alliance Defending Freedom, the Becket fund, and others invariably are people trying to discriminate against others: Masterpiece Cakeshop, turning away customers and cherry-picking which religious precepts justify discrimination; Hobby Lobby, denying insurance coverage to its employees; and Kim Davis herself, who placed her own religious beliefs (and her bizarre understanding of her own job) above her responsibilities as a public servant.

These aren’t victims; they’re oppressors with a victim complex.

However fictive their sense of persecution, the power of these organizations is quite real. Leading voices of the “religious liberty” movement, including Jeff Sessions and Mike Pence, are now making federal policy, holding secret meetings with the Alliance Defending Freedom, and checking off every box on the Christian Right’s holiday – I mean, Christmas – wishlist.

Sessions, for example, has already put out a memo saying that, effectively, the Department of Justice will not pursue any civil rights claims if the offender has a religious excuse for discriminating. That doesn’t just mean wedding cakes. It means corporations can withhold insurance benefits and pharmacies can refuse to dispense contraceptives. And the newly re-balanced Supreme Court just allowed a Texas ruling to stand that held that the state of Texas can withhold spousal benefits from legally married same-sex spouses.

So, as you do your last-minute Hanukkah shopping this year, consider thanking your inclusive, welcoming retailer for being “naughty.” Because as centuries of Jewish history should have taught us by now, welcoming religious minorities isn’t just nice – it ought to be the American way.