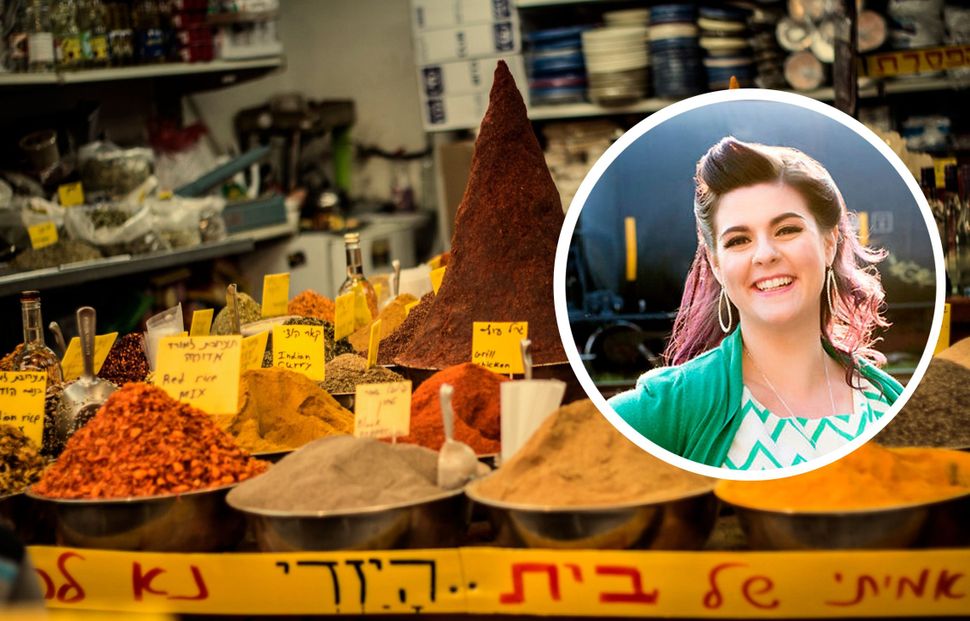 The El Al security officer’s dark gaze bored into mine, then flicked over the middle name on my passport. “Shay. That’s Arabic, isn’t it?” “No, it’s Irish.”

I was being questioned for my Birthright boarding pass for my first trip to Israel and it wasn’t going well.

The rapid-fire inquiries left me reeling: Was I Jewish? Did I speak Hebrew? Did I know any Egyptians? Was I carrying a bomb?

“Do you celebrate Hanukkah?” The El Al officer probed.

My family celebrated Hanukkah exactly once, half-heartedly, before switching to Christmas whole hog. They were always threatening to cancel some holiday or another, but, at eight days long, Hanukkah was the only one that broke them.

“How do you celebrate it?”

Panic clenched in my stomach. It was so long ago.

“We… lit candles. Ate challah. There were seven days of gifts?”

I could feel the waves of suspicion rolling off him. “What do the candles mean?”

I knew the answer to this.

Did I know the answer to this?

I couldn’t remember. My face felt numb, my body awash in heat. I wondered if this was the moment when they finally decided I was a fake.

This trip loomed hugely symbolic in my mind — I wanted to rediscover my roots.

Growing up in the south, I was disconnected from the Jewish community. As an adult, I was afraid to engage with the culture, thinking I might be rejected for not being Jewish enough.

Since I was being eaten alive by imposter syndrome, I decided to go on a food tour.

Although, at this point my odds weren’t looking good. Twenty minutes and another questioning later, they slapped a label on my passport and ushered me through security to a special room for secondary inspection.

Questions about the holidays – Passover, Rosh Hashanah — what was their endgame? I felt ashamed, sad and angry — that I didn’t know the answers, that I was deemed suspicious, and that, on some level, I wasn’t Jewish enough.

These fears persisted when I stayed stuck in secondary inspection. Was it my Hanukkah answers? My middle name? The one forgotten Egyptian friend on Facebook? I churned through the options, my stomach sick with the preemptive shame of returning home after being deemed “bad Jew” by El Al.

Then I was cleared. They gave no explanation as they unceremoniously marched me on an empty plane. My anxiety dissipated , but my sense of “less than” still remained.

Thankfully, I slowly but surely gained confidence and perspective as I ate my way through Israel.

Being around so many other Jewish people shocked my system. In the South, I was lucky if there was one other Jewish kid, maybe two. Was this what it felt like to have a community?

There were all sorts here: the observant and non-observant, ancestral Jews and converts, holiday-celebrators and non-celebrators. Some came from close-knit communities, while others were more isolated, like me. Everyone was on a spectrum, and it didn’t seem to matter if you were Seinfeld-and-challah Jewish or Shabbat-and-synagogue Jewish.

On the tour, we explored Jewish culinary heritage, examining our identities through taste buds rather than the Torah. Foods from European, Kurdish, Iraqi, Yemenite, Moroccan and Turkish Jews mingled in a giant cultural and culinary melting pot.

We devoured plates of meat hummus, drizzling them with olive oil and lemon, cupping pita hot from the oven, and ravenously digging into decadent piles of pine nuts and lamb and chickpeas and mint. We kneaded fresh dough, slathered it with fragrant green oil, laughingly singeing our fingers and faces close to the wood-burning ovens. We wandered the bustling Mahane Yehuda market, nibbling on dates and olives, gawking at the impossibly tall spice towers, sampling pinches of this and that before escaping the persistent hawkers.

For ten days we ate our way across that varied landscape, from the first, tahini-rich bite of Tzfat sabich to the last warming sip of Golan Heights wine. And when it was over, we were still hungry, already dreaming of the next nibble, sip, and bite, already planning the next flight. 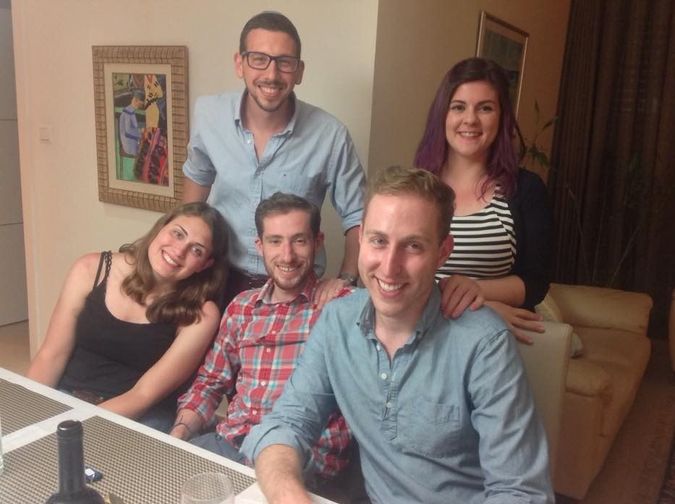 During Kimberly Koenig’s (Top Right) three-day Birthright trip extension, one of the Israeli soldiers from the trip, Shachar, invited them over for Shabbat dinner. Image by Kimberly Koenig

Of course, there were some challenges: lots of drama in a hookup culture. And yet, among new friends, I lit my first Shabbat candle, dipped bread into salt and drank sweet wine. It was the beginning I needed to connect with others and see the broad spectrum of Judaism.

Now, as I travel the world, my new traditions are along for the ride: homemade challah in Kuala Lumpur, honeyed apples in Bangkok, Shabbat in Shanghai. Among other young Jewish people, I’ve found no barriers or gatekeepers. The rejection I so deeply feared never came.

Every time I pass a Tel Aviv-bound boarding gate, I feel a small, visceral tug. I indulged this magnetic pull once with a last-minute flight from Rome, slow solo-traveling my way through Tel Aviv and beyond. My fondest Israeli experiences and memories are indelibly linked to food: writing beside breakfast in Florentin, lingering over limonana in Old Jaffa.

My whole life, I was distanced from others, first by circumstance, then by consternation. I felt like a fake, separated by a sea of uncertainty, grappling with what it meant to be Jewish, yet disconnected from my heritage. I’d visited Israel seeking validation, but I emerged with something far greater: conviction in my identity, a community wherever I go, and a hunger for more.

Kimberly Koenig is a writer and photographer bringing fresh human interest to travel, tech, and gaming publications. She’s especially passionate about visual storytelling and finding meaningful narratives. Follow her on Instagram or check out her portfolio.