The Unraveling Of My Hasidic Life 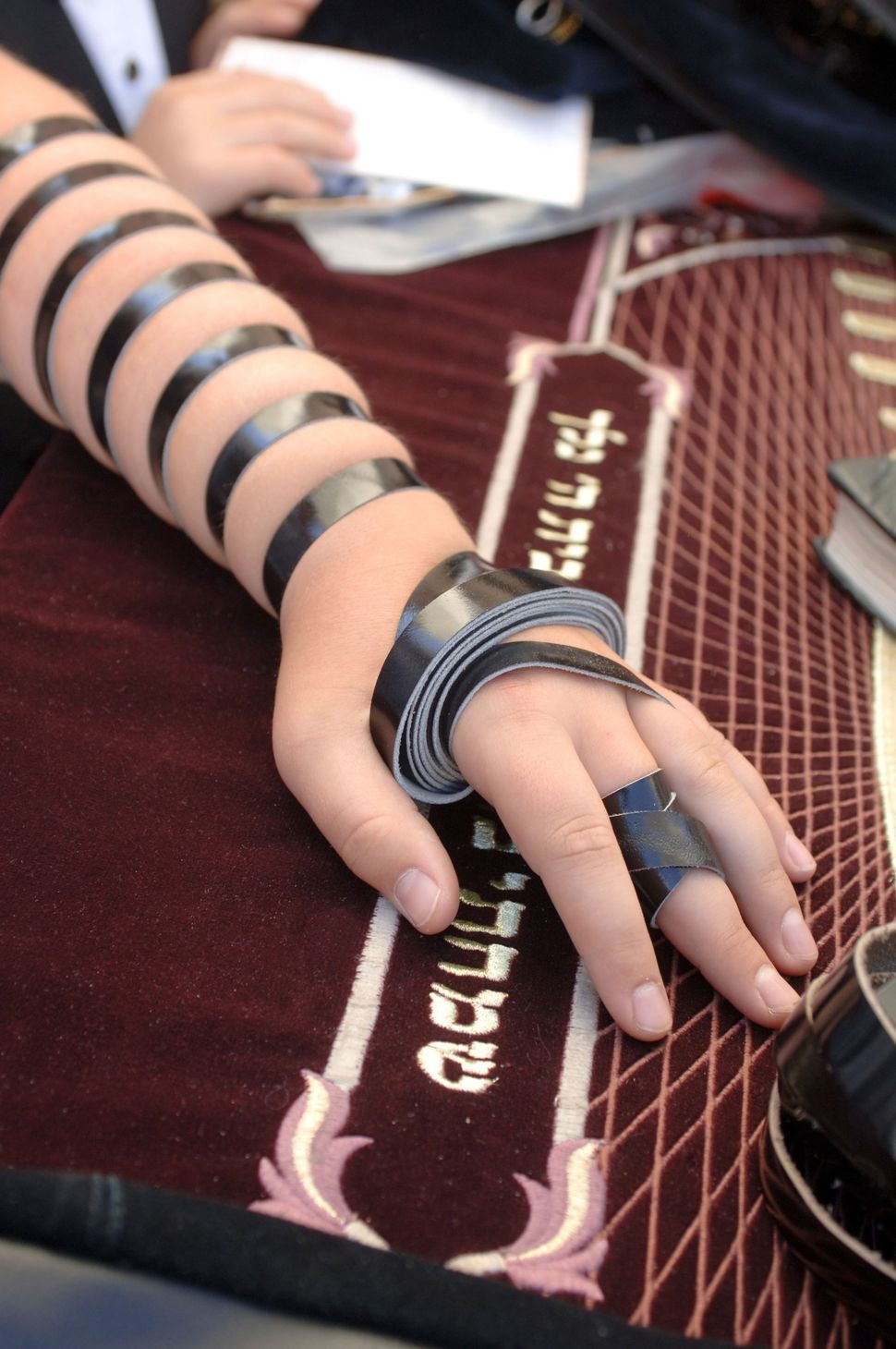 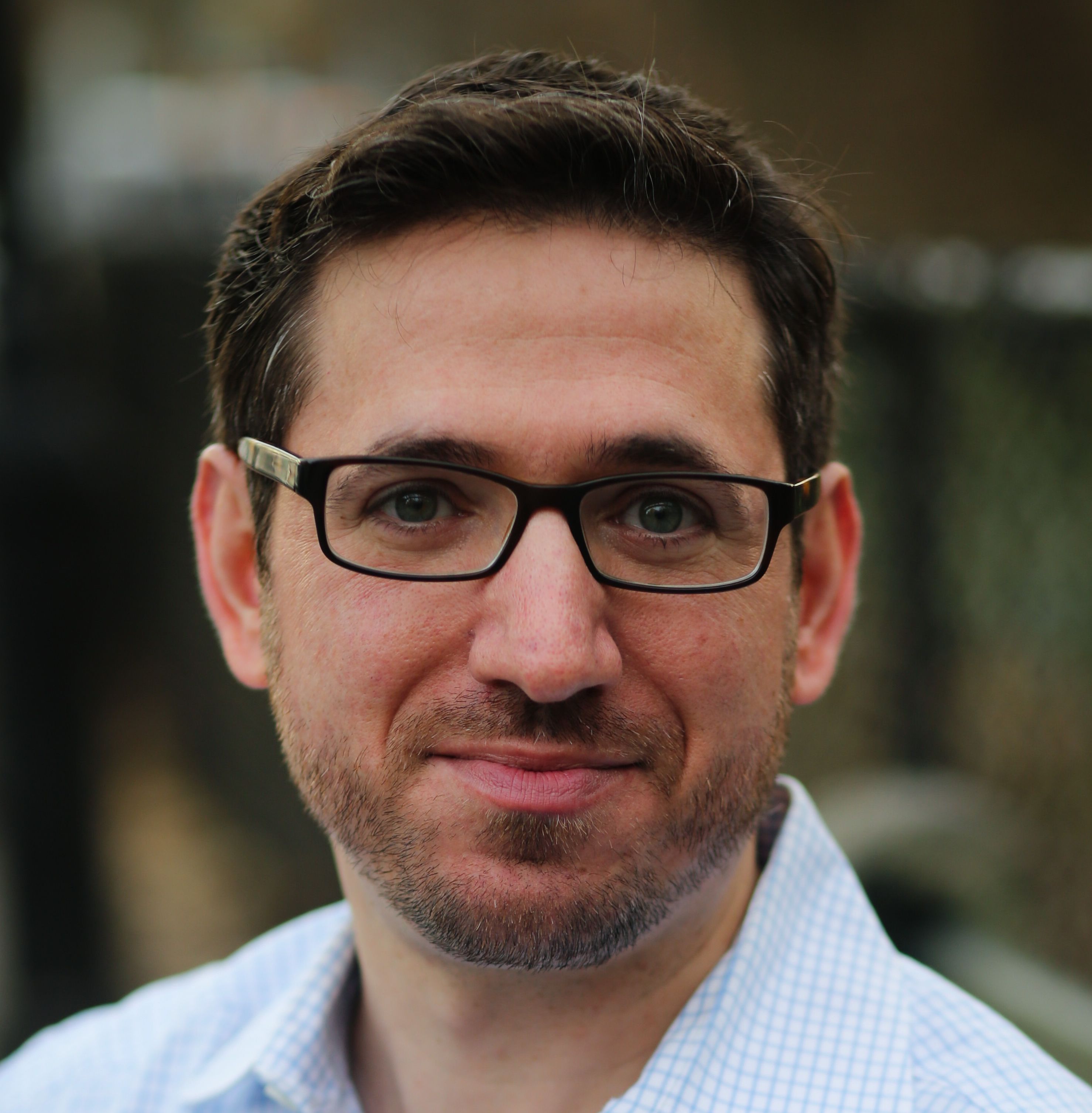 “Are you Jewish?” I would call out on street corners for hours as a Lubavitch teenager, asking passers-by, “Do you want to put on tefillin?”

Now, some 25 years later, I can hardly relate to the teen standing on the corner in his black fedora hassling strangers. I thought of him recently when I was cleaning out my closet and came across my tefillin bag, tucked away behind the large white envelope containing my Ph.D. diploma.

I took out the navy blue velvet bag, inscribed with my full Hebrew name, Schneur Zalman Newfield; it even says that I am a Cohen, a descendent of Moses’ brother Aaron, and a member of the priestly caste. Below it is embroidered in silver thread a floral arrangement tied with a bow.

I unzipped the bag and took out the phylacteries, the two leather boxes with their long, leather pitch black straps wrapped around the boxes’ sides. When I held one in each hand it felt like I was cradling two baby birds that intended to fly off and carry my prayers heavenwards.

The first time I put on tefillin at age thirteen, my father joined my class’s prayer service and brought a box of chocolate glazed donuts and two bottles of Coke. While we munched on the donuts, Rabbi Minsk, stroking his long beard as ever, told the class: “You put the tefillin on your arm, near your heart, and on your head to symbolize that the mind should always control the heart. You should not allow your emotions to lead you into temptation.”

Is it even possible for the mind to be in total control of all emotions and urges? my pubescent self thought. If such mastery over physical urges were possible, is it healthy? Would it make me a better person if I didn’t pursue any of my physical urges…?

From the age of thirteen to twenty-three I tightened the straps of my tefillin on my arm so they would not become loose and slide down. The knot at the base of the arm box dug into the tender skin near my armpit, pinching it. The straps also left marks on my arm that remained for hours, like a needle mark after giving blood—a bodily reminder of the act performed. The straps on my tefillin are the thick kind rather than the thin kind. My father, who had a house full of children to feed and was always looking for ways to save money, paid an extra $150 for the thicker straps because they were less likely to rip apart after decades of use. In hindsight, that money could have been put to better uses.

Over the years, I traveled for Lubavitch outreach work to Russia, Argentina, Paraguay, Uruguay, China, Singapore, Australia, Vietnam, Cambodia and Thailand. All that time, whether traveling on planes, trains, busses, cars, motorcycles or boats, I was never separated from my tefillin. They became an extension of my body.

Until I was 23, every morning in the prayers I would say the verse from the Bible where God commands Jews to put on tefillin: “Fix these words of mine in your hearts and minds; tie them as symbols on your hands and bind them on your foreheads.” I believed with complete faith that the creator of the universe, the one who split the Red Sea and punished the Egyptians with ten plagues demanded that after I rolled out of bed each morning I strap on tefillin and pray. I knew of God’s wrath; I knew what he (God was certainly male) did to the Egyptians. There was no sense in taking any chances.

Even once I ceased believing in God, for several years I continued to put them on out of religious inertia, like a couple married for ten years who continue to say “I love you” years after their passion has died.

And I continued to put them on out of a sense of solidarity with Jews of the past who were mocked by non-Jews for wearing tefillin — especially those bearded Jews draped in prayer shawls and wearing tefillin surrounded by young jeering German soldiers in the grainy black and white Holocaust photos. I felt like these Jews were telling me: “Do it for us. Stick it to the Germans!”

Eventually, I realized I should not allow dead Nazis to decide how I live. So I stopped putting them on altogether.

Over the years, my tefillin have undergone changes. The rough leather straps have matured into smooth ones and the bottom of the box for the head which was originally extremely flat is now slightly curved from exposure to the moisture in my hair. About 14 years ago, the tab broke off the slider body of the zipper on the bag. So I slipped a paper clip in it instead. The paper clip is still attached.

Over the years, my religious observance has evolved. I no longer keep kosher and Shabbos strictly, the way I did when I was in yeshiva. My attitude toward my tefillin has also changed. Before, when I bound the tefillin straps on my arm, I felt like I was being embraced by the extended hand of God. Now, as an atheist humanist, I don’t put them on anymore — and I see the tefillin straps as the tentacles of a beast whose clutches I’m trying to escape.

Now I feel like a divorced man who has a wedding ring he can’t discard. My tefillin remind me both of the exhilaration and alienation I’ve felt to religion, as well as the recognition of how far removed I am from the heat and stings of those moments.

I sighed and placed the now pale blue bag with the paper clip on the zipper back in the closet.

The Unraveling Of My Hasidic Life