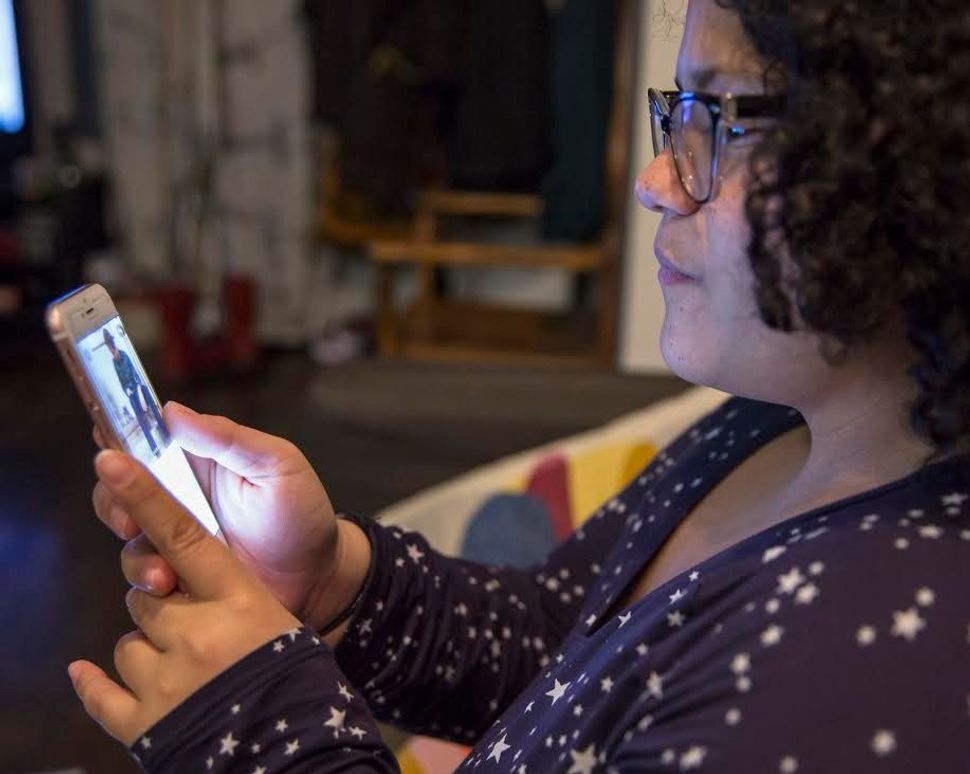 I never considered the phrase “Nice Jewish Boy” a problem until I started dating.

After all, the phrase “Nice Jewish Boy” (NJB) has been around for awhile, referring to a sweet, mensch-like guy who dotes on his mother and goes around running errands for the community, all the while maintaining a pleasant punim. These days NJB is used as TV trope, a hashtag, a Twitter handle, and even a dating name profile.

But as a 29-year-old Brooklyn woman, I’m beginning to take issue with it. I find it increasingly odd that any man over 21 is calling himself an NJB. If you’re 35, why are you falsely operating under this notion that you are a young boychick?

Daily on Jswipe I see an anecdote followed by NJB. 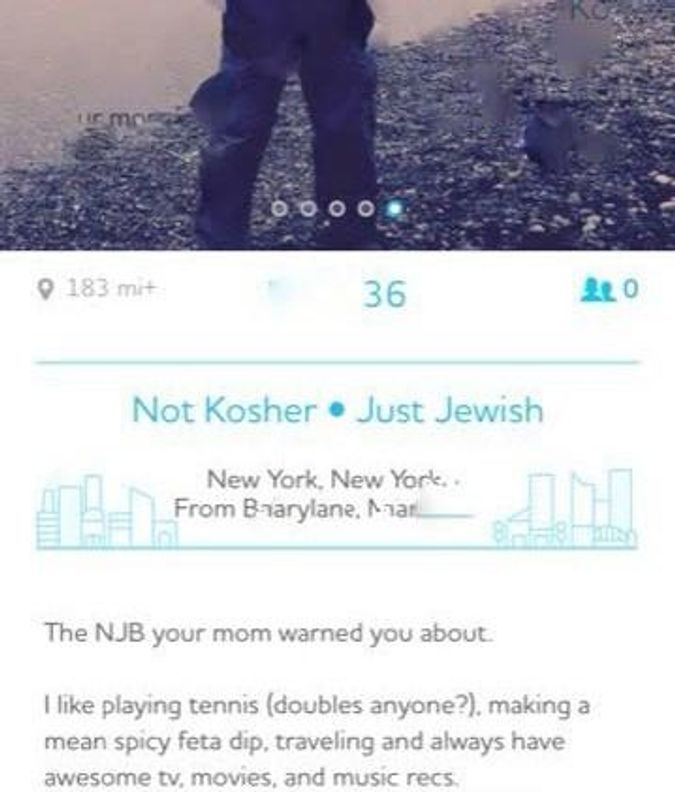 If he’s a Nice Jewish Boy, why did your mom warn you?

With the recent exposure of sexism and harassment in general, it’s time to recognize this discrepancy: When men call themselves “boys,” they’re not accepting responsibilities for their actions. They’re creating a “boys” club in which they can behave in ways that may be inappropriate because, as boys, why, they just don’t know any better.

This idea of naivete can only go so far. When you don’t know something you look it up, ask Wiki, Google it. You don’t just stay ignorant waiting for the information. Why would anyone want to date someone who is naive? He wouldn’t be attuned to his significant other or surroundings. Information helps us grow, not stay forever stagnant in a child-like state.

This struck a chord even more so when I thought about the president’s “locker room talk,” when the first lady said, “boys will be boys.” Ummm… her husband is over 70! When are boys men? When are girls women?

You never hear anyone say, “Wow, that boy has a man’s body, he should be careful of what he wears.” Yet young girls who develop early are said to have “womanly bodies” – with a negative stigma to being or resembling a woman.

In Hebrew high school, I was in a morals and ethics class. One boy remarked on how it’s distracting to him when girls would wear short skirts and low-cut tops. He failed to see that he did not have to look – if he didn’t look at her, the girl could wear whatever she wanted and not “distract him.” Similarly, when ultra-Orthodox men cover their eyes or cross the street because they can’t look at an uncovered woman. Similarly, women need to cover up for modesty sake because showing a shoulder could result in all kinds of carnal desires.

Do women need to be the inspiration to help a boy become a man? Are we to accept that our bodies “are distractions, sinful,” and the idea that “it’s our fault we got sexually harassed or raped because of our looks,” (which is an idea perpetuated in rape culture and some politicians’ reasoning about what consent really is)? When do boys, like the one in my Hebrew class, become men and realize that they too have a say and action in their lives and treatment of others?

Being a woman in Judaism carries a lot of responsibility. While jobs and roles can be divided in an equal partnership, the NJB makes the relationship unequal. A boy can go out and have fun with his friends, while a woman takes care of the home. Notice how it’s called a girls’ or boys’ night out but never a man or woman. Is that because the shenanigans a non-responsible person gets into aren’t mature choices?

While our inner child can make up an essential part of who we are, we are adults.

A woman should not be dating a boy. If you consider yourself a woman, you’re presenting a sense of self, maturity, responsibility of an adult that a “girl” does not possess.

There was a point in my life, where I debated much like Britney Spears, “I’m not a girl/not yet a woman,” but all I needed was, in fact, time and soul searching. I realized that I can have fun, be silly, be adventurous and still own who I am as a woman in society. I’m not naive and will not be shunned for my body or my choices, since I’m a responsible adult. 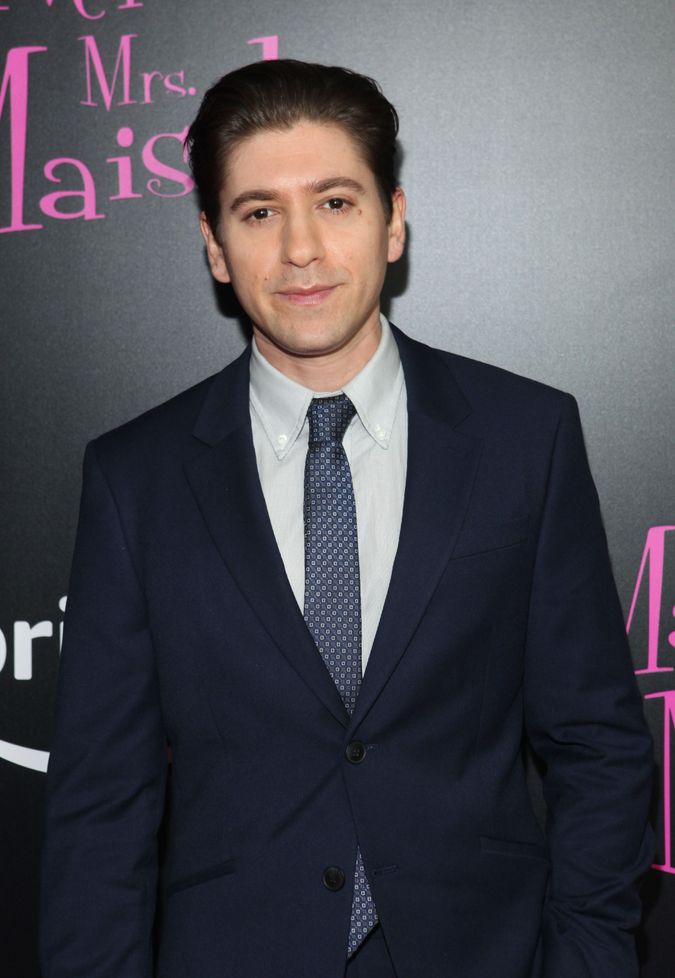 On Amazon’s The Marvelous Mrs. Maisel, it’s NJB Joel Maisel (Michael Megen) who is the catalyst for the show, when the insecure, over-protected daddy’s boy leaves his wife for his secretary.

Not to say that all Jewish men (and men in general) fall into the boy-like pitfall. Jake Gyllenhaal is a perfect example of a mensch. He’s talented and beautiful but as he said on the Nerdist podcast, “sexuality and love is still the most complicated thing for all of us.” Or even B.J. Novak, who touts how wonderful and talented his friend Mindy Kaling is as a woman in the entertainment world.

I’m a woman and I want to date a man. In the same vein, I would hope a man would want a woman — not a girl; or a man might want another man, not a boy. Adults should be dating each other, no matter the gender.

Adulting can be hard but, if you are adulting: newsflash you are an adult. So don’t label yourself as anything but.

Adena Walker is a Jewish singer, actor, dancer, comic and teacher, who has performed on stage and screen. You can find her work on YouTube and with her duo Two Good Kids Make Love To Your Grandma.