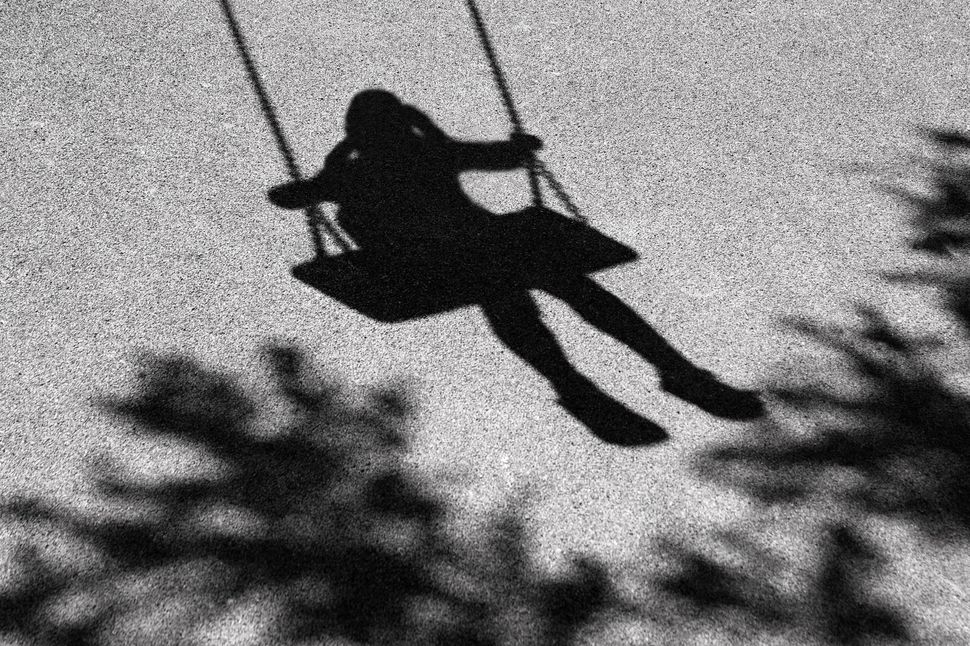 I am standing outside my daughters Israeli Beis Yaakov elementary school, excited to hear about how her first day of first grade went.

Another father stands at the gate – the only dads who came a bit too early. Upon discovering our daughters are in the same class, we chuckle. In a school with more than 900 girls, it’s not coincidence, but divine hasgacha (intervention) of course. Within moments he asks the dreaded question:

“Where do your other kids go to school?”

I silently strategize for a moment and cover it up with a smile, so I won’t make this new acquaintance feel awkward for his assumption.

“Baruch Hashem, she is our only child,” I say.

“Ah, your princess!” he replies.

“Yes, for sure,” and we both smile. The conversation isn’t quite dead but a lot of the color has left.

This brief encounter is repeated often, and each time it comes with a reminder of, well….everything. We have one child. She has no siblings. We are different than almost everyone we know.

I made aliyah from the States in my twenties, although I didn’t marry until after I turned 40. At times, the prospect of marriage seemed doubtful, but I always imagined if I’d be lucky enough to find someone, I assumed not a few kids would eventually be sitting with us at the Shabbos table.

My daughter obviously had the same idea: She used to speak with full confidence of when she would “have a baby,” as her friends said about their new siblings. A few times she came to me in tears. “Please tell Hashem to give us a baby soon or there won’t be any left for us.”

My heart was broken even more than it had already been.

A series of miscarriages and unsuccessful rounds of IVF seemed to confirm that Hashem had already given His answer. But you never know, right? The hope and possibility of having another child faded very slowly in the rear-view mirror.

This isn’t something one just forgets or gives up. Especially not in a community where there were always lifecycle events to remind us: Every day there’s a pregnant woman passing by, a request to prepare a meal for a new mother, numerous bris and kiddushes for new baby girls.

Yet, with no IVF treatments planned, does that mean we are officially “one and done” – as they say more gleefully in the secular world? I don’t know. But age, time and inertia point in that direction.

I am extremely grateful every minute of each day for my daughter. When we returned from an awful fertility experience at the hospital, I realized that things might be hard at times but how could I complain? I could barely begin to imagine what it’s like for childless couples to come home to an empty house, without a smiling little girl to greet them.

“She’s an only child?” my daughter’s preschool teacher once said to me last year. “You don’t see it on her face!”

I tried to hold back the anger from my face, thinking, “And what does that look like??”

As if I didn’t have enough to worry about, I started to fear for our wonderful girl: Was she going to labeled, stigmatized? I began to project my fears outward.

As the three of us walked on Shabbos, I was sure people looked at us pityingly.

During our last round of IVF, my wife traveled at an absurdly early hour to the hospital, only to be told that they’d scheduled her in error. They told her to come back next week. I lost it. Those constant changes in schedule and my ADHD-ish brain were not a good recipe for staying calm or getting anything done, when with fertility treatments, nothing seemed stable or predictable.

Finally, I spoke to a social worker who counsels couples dealing with infertility. I poured out my frustration and anxiety and concerns for our daughter. The counselor gave me practical advice on how to deal with the craziness of hospitals and the IVF process. And then she said: “I know people with five kids who are miserable because they want six kids. I kid you not. There is no end to it. Do not take that route,” she warned me, then said kindly: “You are a perfect family of three. Perfect. Nothing is missing. Maybe you will grow, maybe not. But you are already perfect.”

My heart hurt as considered what she said. If I believed in God, I had to believe that this is what He prescribed for us. How could it be anything but perfect?

I would try to think of us that way from thereon in.

I won’t lie. I still get a twinge of sadness or jealousy upon learning of another shalom zachor, welcoming in a new baby boy. And I’m tired of halacha classes which address topics such as “dealing with travel on Shabbos when your wife is in labor.” I don’t need to rub my nose in it. And I can’t even begin to understand the depths of my wife’s pain.

But the more I thought about us being a perfect family, I gained confidence that it was so.

I felt no need to dance around the issue as I often had. When we met with my daughter’s teacher — in a class where family size is at least five kids with one family having 17 (!!) — I didn’t shy away from the topic but addressed it right away.

“Is being an only child impacting my daughter negatively?” I asked the teacher without embarrassment. “Is she spoiled?”

The teacher laughed. “No way. And she doesn’t use her family status to take advantage of anything. She is high energy and adds so much to the class and her friends. She is the life of the party!”

I smiled in relief.

Our daughter is definitely the life of every party, including our small party of three.

Shmuel Josephson, a pen name, can be reached at shmueljosephson18@gmail.com.