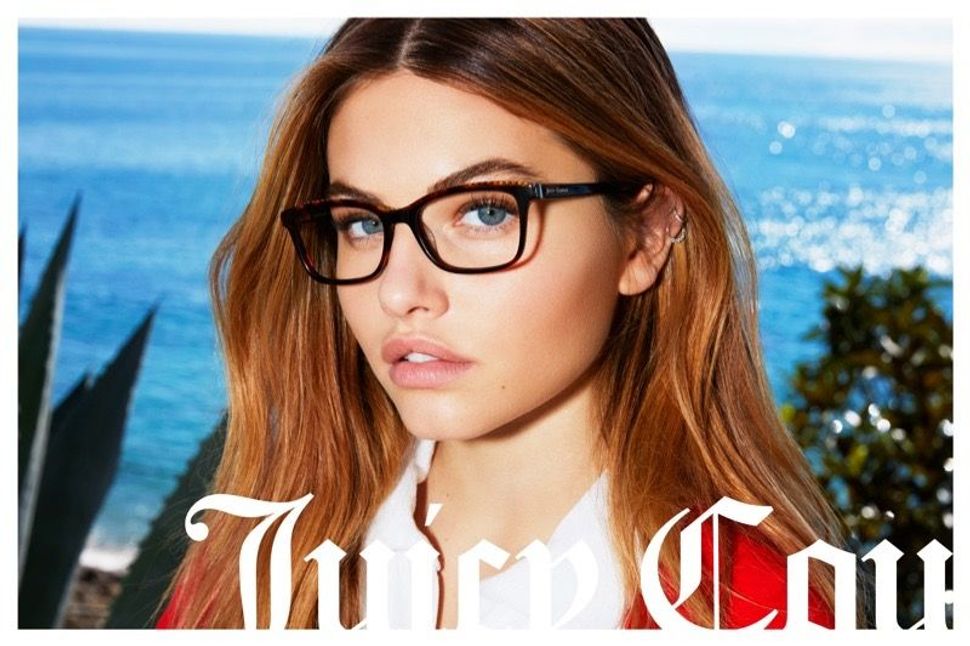 Juicy Couture’s spring line is here, and the face of the brand is “the most beautiful girl in the world.”

Thylane Blondeau — the 16-year-old daughter of French TV presenter Veronika Loubry and soccer player Patrick Blondeau — began her modeling career at the age of 4, walking for Jean Paul Gaultier. But it wasn’t until she posed for a controversial Vogue Paris editorial, which many claimed oversexualized the young Blondeau, that Blondeau was propelled into the spotlight, with industry insiders counting down the minutes until she would be old enough to model.

It’s out ! I’m so excited to announce that I’m the new face of @juicycouture #THISISJUICY @carinbackoffphoto

And now, at 16, in addition to being the “face” of the new Juicy Couture, Blondeau is a brand ambassador at L’Oreal Paris, has walked for Dolce & Gabbana twice and is represented by IMG models, the same agency that represents Gigi and Bella Hadid.

In the series of shots and video, Thylane wears Juicy Couture’s spring collection, which was Jamie Mizrahi’s first collection as the brand’s creative director.

Mizrahi, a stylist to the stars, including, notably, Katy Perry, took a new approach to the classic velour sweatsuit for spring, rebranding it for the new age of athleisure — less saccharine, more oversized and masculine. In a presentation on a rooftop deck back in September, Mizrahi imagined a bourgeoisie Juicy girl who wears crisp, white cotton sundresses and multi-hued striped terrycloth robes to lounge in while sprawled out in the garden, playing croquet (which, incidentally, the models did play, in addition to other outdoor pastimes like blowing bubbles and tic-tac-toe). 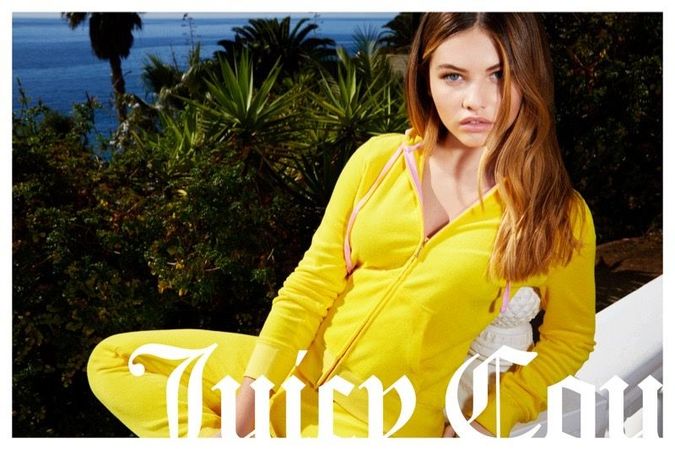 In many ways, Juicy Couture’s relaunch owes a lot to the man who brought late ’90s nostalgia back from the dead — Demna Gvaslia, the designer behind Vetements and, recently, Balenciaga — whose approach to streetwear helped catapult fashion into an age where sneakerheads and Voguettes have a similar aesthetic and the idea of loungewear got a distinctly high fashion makeover (and the requisite high fashion price of $800 and up for a basic hoodie).

“Jamie has enlisted a unique approach to design where she has tapped into the Juicy archives modernizing design elements that made Juicy Couture so iconic,” Natasha Fishman, executive vice president of marketing at ABG (the firm that acquired Juicy Couture in 2013) told Business of Fashion.

This afternoon, Juicy Couture put on a runway show at the Hotel Wolcott that showed the brand’s attempts to make it a commercially successful brand, one that can attract potential shoppers by watching the clothes paraded on livestream.

In this collection, Mizrahi further elaborated on ideas of ‘relaxed’ luxury with a distinctly glamorous twist. Leather and sequins featured prominently, and tracksuits became even bolder, with slashes of graphic stripes and wide, masculine cuts. Aesthetically, it was quite similar to the show Rachel Zoe put on a couple of days ago in Los Angeles, and one would be forgiven for seeing the distinct similarities between the two brands. But this is just the second collection, and Mizrahi is still developing the brand’s DNA, so it remains to be seen if Juicy Couture will be a mere simulacrum of Zoe’s luxurious bohemian chic, or its own distinct vision.