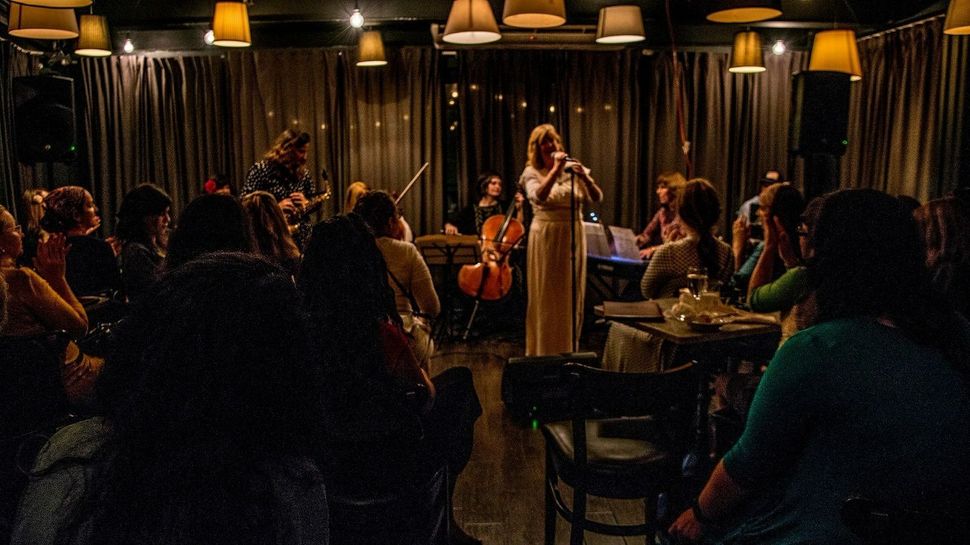 She’s known around Crown Heights as the frum woman with the drum set.

When Shusterman first moved to Crown Heights, a woman with a drum set was a radical concept in the neighborhood. While setting up for their first show in town, women approached her asking what she was going to do with it.

“We’re bringing jazz fusion to the Hasidic community,” said Shusterman, who had no musical training, but has always had a natural feel for drums, at a recent performance at Chabad’s annual conference for its female emissaries.

Shusterman was formerly the drummer for the widely popular Bulletproof Stockings, but when the band split two years ago, Shusterman formed a new group for local female musicians to get together and play for birthday celebrations, inviting Crown Heights locals to join.

The band debuted a year ago, on the first day of the joyous Hebrew month of Adar. Its name is a nod to Rosh Chodesh, the first of the month, a holiday traditionally celebrated by Jewish women. “All Star”, Shusterman explains, is a reference to the old jazz scene that influenced Shusterman when she lived in New Orleans for three years as a teenager. 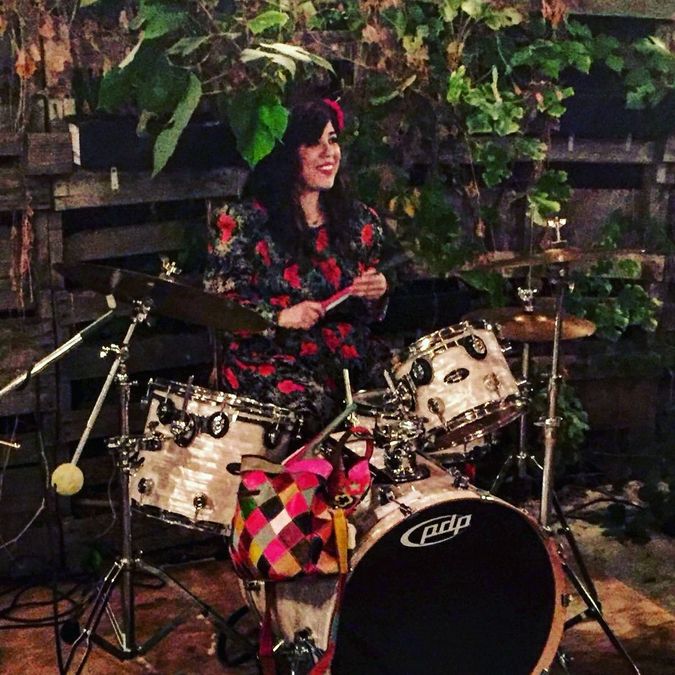 “We are bringing back a retro, loungey sound with a Hasidic flair, hints of Klezmer and healthy splash of Sephardic flavor, with occasional twists of jazz, bossa nova, French café,” Shusterman said. “It feels stifling if we only play niggunim straight. We need to spice it up with personal expression, informed by our experiences, in order to thrive as artists. It’s how we inject life into the music we are making, and we are making it primarily for the sake of uplifting the women of the world.”

The group’s first official launch was last summer at a local concert series in Crown Heights, Brooklyn, where they all live. They went on to perform gigs at some cultural hubs, such as the Wolf and Lamb kosher restaurant and Chabad of Pratt Institute’s art gallery, both in Brooklyn.

When men are in attendance, the band performs only instrumental music, because of Orthodox Jewish law forbidding a woman to sing in front of unrelated men; with a female-only audience, a vocalist accompanies the performance.

The type of music played also depends on the crowd. “If the audience is more eclectic,” Shusterman explains, “we bring in songs from some of the artists that have inspired us, like Louis Armstrong, Billie Holiday, Edith Piaf, Peggy Lee, Jobim, John Zorn and [Hassidic jazz player] Daniel Zamir to name a few.”

Most of the band members did not grow up Orthodox and had years of performing in the secular world. Their performances allow them to revisit the music of their previous lives. “For some, these will be familiar, vintage sounds evoking another place and time period,” said Shusterman. “For others, it will be a brand new way of experiencing Hasidic music.”

Mirele Rosenberger, the band’s pianist, was a music major in college and became Hasidic in the late seventies. For fifteen years, while raising her children, Rosenberger was the musical director for Israeli singer Ruthi Navon and conductor for Israeli-American Orthodox singer Kineret, both established performers of Jewish music for women. Rosenberger toured the world together with them, once flying to Australia with Navon when pregnant with her eighth child to do three performances in a week. “I’m very grateful to be able to make a lot of women happy all at once,” Rosenberger said.

“There’s a unique energy at women’s gatherings,” said the band’s cellist, Laura Melnicoff. Growing up on New York’s Upper West Side, Melnicoff started learning the cello at age six. She joined school orchestras and chamber groups, playing quartet in Tel Aviv University and interning with the Israel Philharmonic. She later became observant. “There’s intimacy when women express themselves fully and it should be celebrated, but it’s difficult to cultivate it because women get mixed messages about what’s appropriate to express, so it’s a culture of scarcity for women. You see it magnified in the frum world, because women observing Jewish law examine their creative power.” 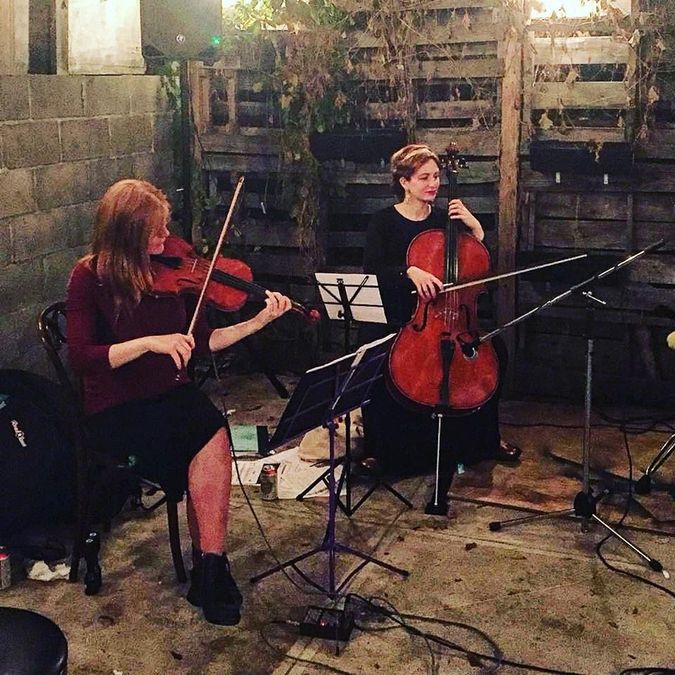 The following evening after its performance at the Chabad conference, The New Moon All Stars Party Band played for a Hasidic fundraising event in Williamsburg. Another group called ‘Drum Café’ brought African djembe drums for 700 Hasidic women in the audience to beat on, a completely new experience for them.

Despite the fact that The New Moon All Stars Party Band members were required to only play traditional Jewish songs, and needed to wear natural makeup with their hair tied back out of respect to local modesty, Shusterman said that “the evolution is mind blowing”, and more and more female Orthodox musicians are emerging.

“Already change has happened,” Shusterman said. “I have hope and faith that it will continue and people’s hearts will be open. The goal is to bring joy and the best way to do that is to share what brings us joy, because joy is infectious, and music is a straight shoot to the heart, and happy women make a happy world.”

Sara Trappler Spielman is a freelance writer living in Brooklyn.